Four car parks promised by Treasurer Josh Frydenberg for his own eastern suburb Melbourne electorate at the 2019 election have been abandoned.

In a stunning volte-face, Mr Frydenberg on Thursday ditched his $65 million pledge for “thousands of extra car parks” across his seat that was made amid concerns he could lose his grip on the blue ribbon seat of Kooyong. 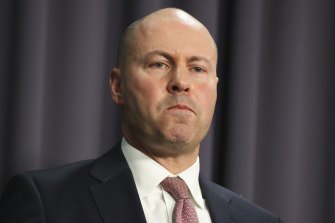 Mr Frydenberg had promised up to 2000 spaces at new car parks at the Surrey Hills, Canterbury, Glenferrie and Camberwell stations as part of the federal government’s $660 million Commuter Car Park fund.

The fund was the focus of a scathing report by the Auditor-General that found 77 per cent of its projects were pledged to Coalition seats. Most of them were pledged in Melbourne’s east and south-east where the Liberal Party was defending a string of marginal electorates.

One of Mr Frydenberg’s promised car parks, at Surrey Hills, had to be abandoned as the Victorian government is merging this station with a nearby station at Mont Albert. This station was promised up to 500 spaces.

The other three, which would deliver about 540 new spaces in total, have come under varying degrees of community criticism. There has also been concern about the cost of the stations and the number of car spaces that could be provided. 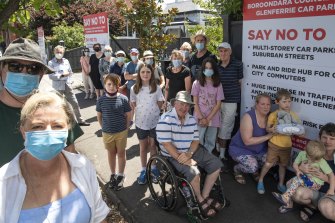 Residents around Hawthorn, in Josh Frydenberg’s electorate of Kooyong, were angry at plans for a four-storey commuter car park.Credit:Penny Stephens

“During this period, I also met with a number of local residents and traders and listened to the issues they have raised,” he said.

“Further to these conversations and discussions with council, the federal government has decided not to proceed with funding for the proposed car parks at Canterbury, Glenferrie and Camberwell.”

David Besson, who runs Glenferrie Rd business Debonaire Dry Cleaners, said it was “absolutely a good decision” for the local traders and residents.

He had overwhelmingly heard from his patrons that they didn’t know about the planned car park and said there had been little discussion about what it would mean for the shopping area.

“Our strip has grown over the last two years because it’s a convenient shopping centre, not a destination like Chadstone, and so I think preserving that is the correct outcome,” he said on Thursday.

“It’s just made sense from the Treasurer’s perspective or the federal government’s perspective that when they understood the detail, that the right outcome has [happened].”

Boroondara Council was set to decide the fate of its proposals for the projects at a meeting on March 15.

“The car park rorts – car porks – are just another example of the Morrison government’s shameless attempts to shore up support through pork barrelling,” she said.

Out of 47 car parks promised in the run-up to the 2019 election, six have been built and six are under construction. Five were previously abandoned.

However, the government expects more than 70 per cent of the car park projects will be completed or under construction by the end of 2022.