London: A Zimbabwean writer who was arrested during anti-government protests is among six finalists announced on Tuesday for the prestigious Booker Prize for fiction.

Tsitsi Dangarembga was nominated for the £50,000 ($88,000) award for This Mournable Body, which links the breakdown of its central character and turmoil in post-colonial Zimbabwe. 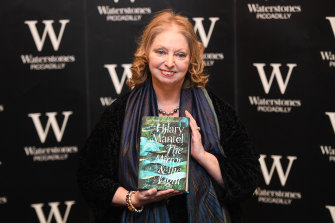 Dangarembga was arrested in July and spent a night in detention for standing by a Harare road and holding up a placard that said "We Want Better. Reform Our Institutions."

Only one British writer made the cut for the UK's leading book prize: Douglas Stuart for Shuggie Bain, the story of a boy in 1980s Glasgow.

The winner will be revealed on November 17, though the traditional black-tie dinner ceremony at London's medieval Guildhall has been scrapped because of the coronavirus pandemic.

Founded in 1969, the prize is open to English-language authors from around the world, but until 2014 only British, Irish and Commonwealth writers were eligible.

That year's change sparked fears among some Britons that it would become a US-dominated prize. That hasn't happened, yet. There have been two American winners, Paul Beatty's The Sellout in 2016 and George Saunders' Lincoln in the Bardo in 2017.

The prize, subject to intense speculation and a flurry of betting, usually brings the victor a huge boost in sales and profile.

This year's shortlist includes four debut novelists – Doshi, Cook, Stuart and Taylor – and omits high-profile books including Anne Tyler's Redhead by the Side of the Road and The Mirror and the Light, the conclusion of Hilary Mantel's acclaimed Tudor trilogy. Mantel won the Booker for both its predecessors, Wolf Hall and Bring up the Bodies.

Thriller writer Lee Child, one of the judges, said Mantel's book was "an absolutely wonderful novel".

"But as good as it was, there were some books that were better," he said.