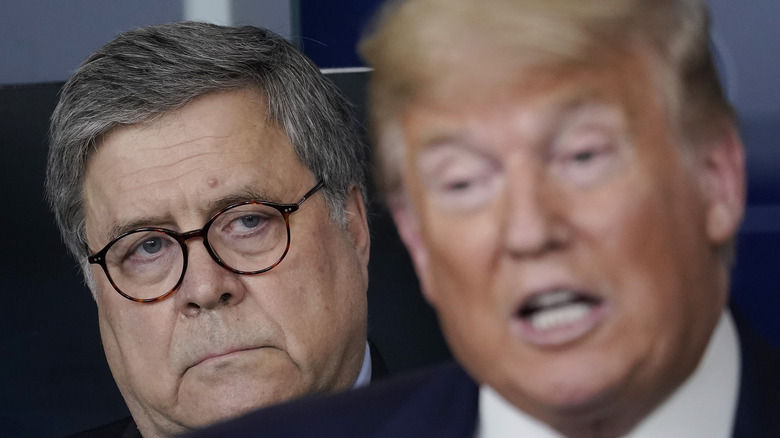 Since November of 2020, former President Donald Trump has claimed the election was stolen from him thanks to election fraud in every swing state that current President Joe Biden won. He perpetuated that claim at a rally in Ohio on June 26, 2021, more than five months after leaving office, according to The New York Times. He has even said he believes he will be reinstated as president in August of 2021 (via Politico), which is not something that happens in the American system of government. The day after the Ohio rally, former Attorney General Bill Barr finally spoke out against Trump’s claims and didn’t have very nice things to say.

Barr was famously loyal to Trump after he was appointed by the former president in 2019. Even before the 2020 election, Barr publicly echoed Trump’s claims that mail-in voting leads to fraud and foreign countries could possibly interfere with our elections by submitting counterfeit ballots, according to NBC News. By December of 2020, the Associated Press reported that Barr did admit he saw no evidence of voter fraud, and more than six months later, Barr opened up to The Atlantic about the time between the election in November and Biden’s inauguration in January. 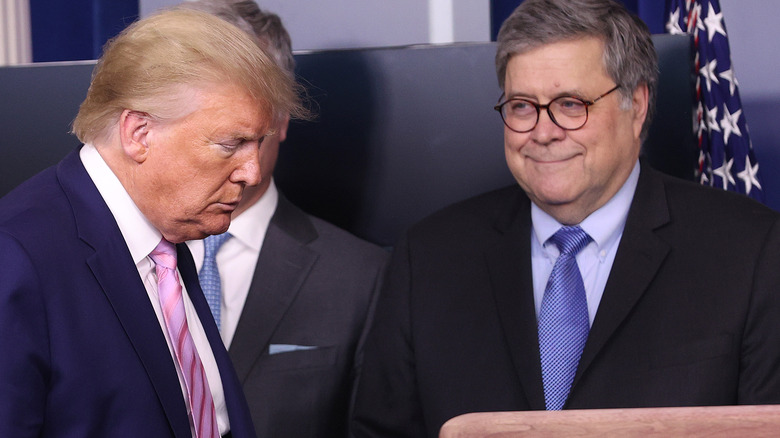 The Atlantic reports that even Republicans in Congress were getting antsy about Donald Trump’s continued insistence that he was the real winner of the 2020 election as early as late November. In fact, Barr told the outlet that then Majority Leader Mitch McConnell had asked him to speak out against the president, telling Barr that Trump’s claims were not going to help two Republican senators win a Georgia runoff election. Indeed, both senators were defeated by Democrats on January 5.

Barr did tell Department of Justice prosecutors they could investigate Trump’s claims back in November, but he didn’t expect them to find anything. He even told The Atlantic that he expected Trump to lose the election anyway.

“My attitude was: It was put-up or shut-up time,” Barr said. “If there was evidence of fraud, I had no motive to suppress it. But my suspicion all the way along was that there was nothing there. It was all bullshit.” 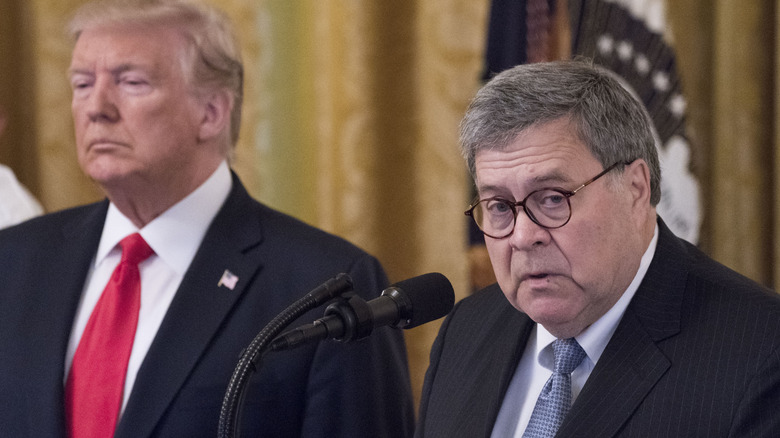 In the end, the prosecutors never did investigate the former president’s claims. However, the claims were defeated in court over and over again between the time the election was called for Joe Biden and when the election was finally certified in the wee hours of the morning on January 7, 2021 after a violent attack on the Capitol.

Of the court cases, Barr explained to The Atlantic that he also told Trump why he kept losing his legal battles when the former president was enraged at Barr for publicly stating that there was no evidence of widespread voter fraud.

“You know, you only have five weeks, Mr. President, after an election to make legal challenges,” Barr said. “This would have taken a crackerjack team with a really coherent and disciplined strategy. Instead, you have a clown show. No self-respecting lawyer is going anywhere near it. It’s just a joke. That’s why you are where you are.”