Myles, 93, died of cancer at the Mayo Clinic, according to Julia Patrick, a friend and spokeswoman for the deceased.

One of the Seventh Avenue stalwarts, Myles started his career in Europe before returning to his home city of Manhattan. Daytime, evening and special occasion dresses, large-size clothing and petites and dressy separates were among the categories that he dove into over the years. He was also an early champion of the Op Art movement, incorporating some of those mod designs into his clothing. As recently as 2019, Redbook magazine featured one of Myles’ Op Art designs on the cover of its Arts issue.

As for what was at the root of his ideas, Myles told WWD in 1969 that first and foremost he started with fabrics and then contemporary art. “Now with the softening edges in paintings comes the softening of clothes. I don’t underestimate my trips to see the Paris couture collections. It’s pointless to see French ready-to-wear, which is a watering down of couture,” he said.

Aware of how youth controlled fashion in the late ’60s, the designer said he tried to present a collection that was “contemporary and reflected current thinking. My look is what the season calls for,” he said.

While that might have prompted others to see a minor key of conservatism, Myles said at that time, “Any manufacturer will tell you that this is what pays the bills.”

Jacqueline Kennedy inadvertently helped to raise Myles’ profile by wearing one of his dresses on “Good Friday,” a design that landed on a Look magazine cover. More than a year earlier Diana Vreeland had taken the then-senator’s wife to Herbert Sondheim’s salon, where the rest of the team was too busy to help the pair, so Myles stepped out of the back room to help them. Some critics were rankled that a woman of her standing would wear a sleeveless, fitted and above-the-knee dress, though, Patrick said. “At the time, he said it wholesaled for $37.50. It was a rayon composition that made it look like shantung silk. But it was more wearable and a little more durable.” 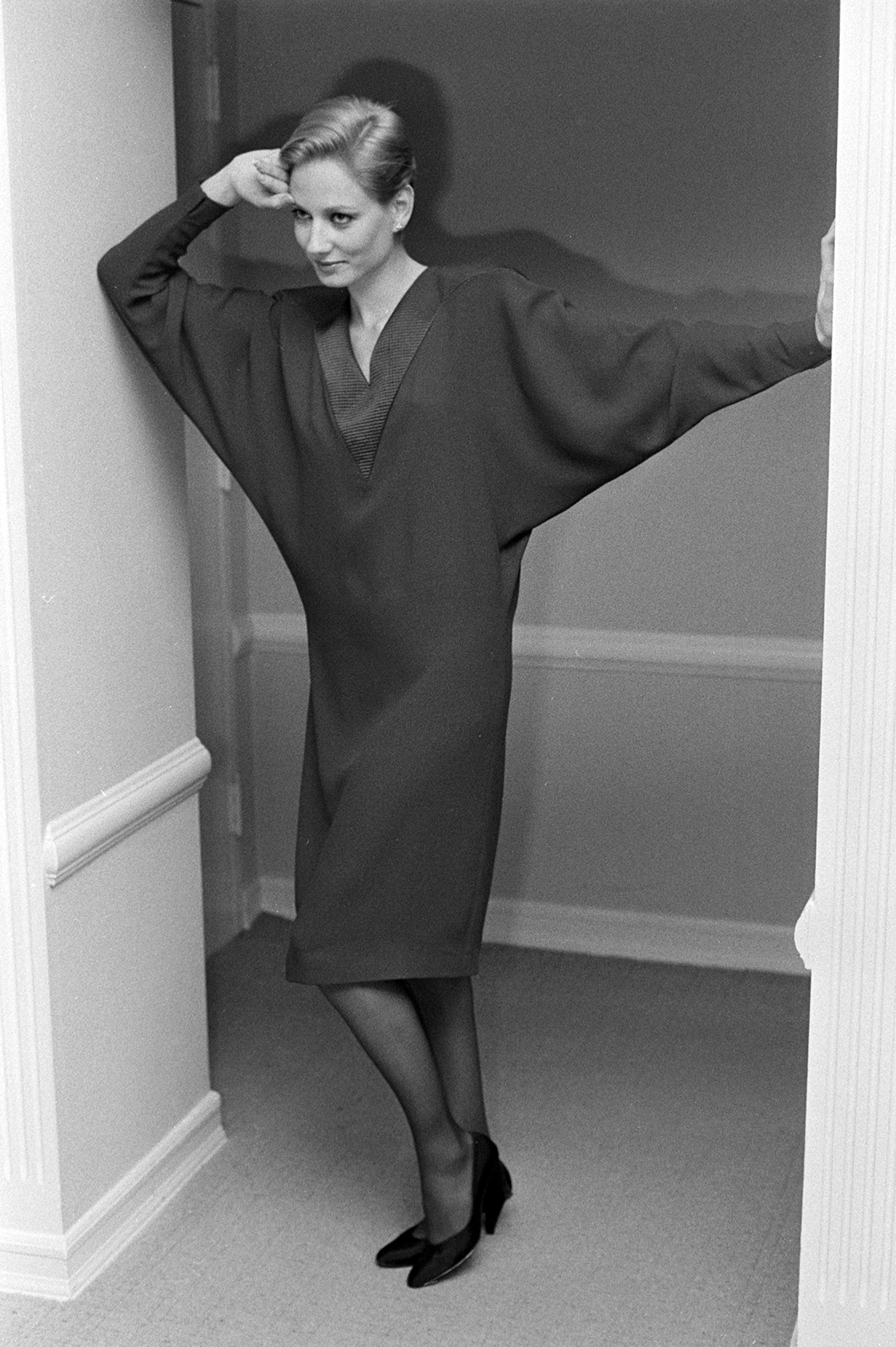 Referring to the controversy about Kennedy wearing the Myles-designed dress, Patrick said, “It would ultimately cause a lot of stir, because it looked unseemly for the president’s wife to be in a sleeveless dress. They felt it was too fitted. And it was short — you could kind of see her knees when she was sat down. Later Richard Avedon would shoot the family [with Jackie wearing the dress] for the cover of Look magazine.”

Born in Manhattan, Myles earned a degree in fashion design and production management from the Fashion Institute of Technology in 1950. He then relocated to Europe to further his studies at his parents’ urging. There, Myles studied at the Chambre Syndicale and Ecole Guerrero-Lavigne. Over time, he became fluent in French and cultivated such creative pursuits as playing the piano, a lifelong interest in opera, ballet and travel, designing homes and collecting art and antiques.

While Patrick said that Myles worked for Jacques Fath in Paris, WWD reported in 1956 that he had most recently designed for another Parisian designer, Jacques Helm. The sentiment at that time was that American designers were not accepted in France so his employer encouraged him to return to New York, Patrick said. That same year Myles joined Donald Dress Inc. as head designer. His European sensibilities stayed with him, drawing inspiration from “La Ligne Merveilleuse,” the mode adopted by stylish Parisian women after the French Revolution for his fall 1958 collection at Ardanti Inc. Through the years he also designed for Herbert Sondheim, Abe Schrader, Malcolm Charles and Jeunesse.

His Seventh Avenue presence was not his only identity. Myles was also a familiar face on Fire Island, where he owned an oceanfront home that he had the wherewithal to move back in 1961, after it nearly toppled into the sea.

Not afraid to adapt to fashion’s shifting tides, in 1969, three years into his stint designing Jeunesse, the label generated more than $4 million in annual sales. Myles told WWD, “Things move so fast today that the most important thing is to move with them.”

Aimed at women, who were interested in fashion but had a limited budget, the fall collection was made largely with a slide rule since Myles used a yardage figure to set prices. “While the upper-price market has a sort of snob appeal and power that goes with the label, we have to sell clothes and ideas by perseverance,” he explained at that time. “Buyers react with great enthusiasm to new ideas. There isn’t an overabundance of daring management in this price range that will back their designers’ new things.” 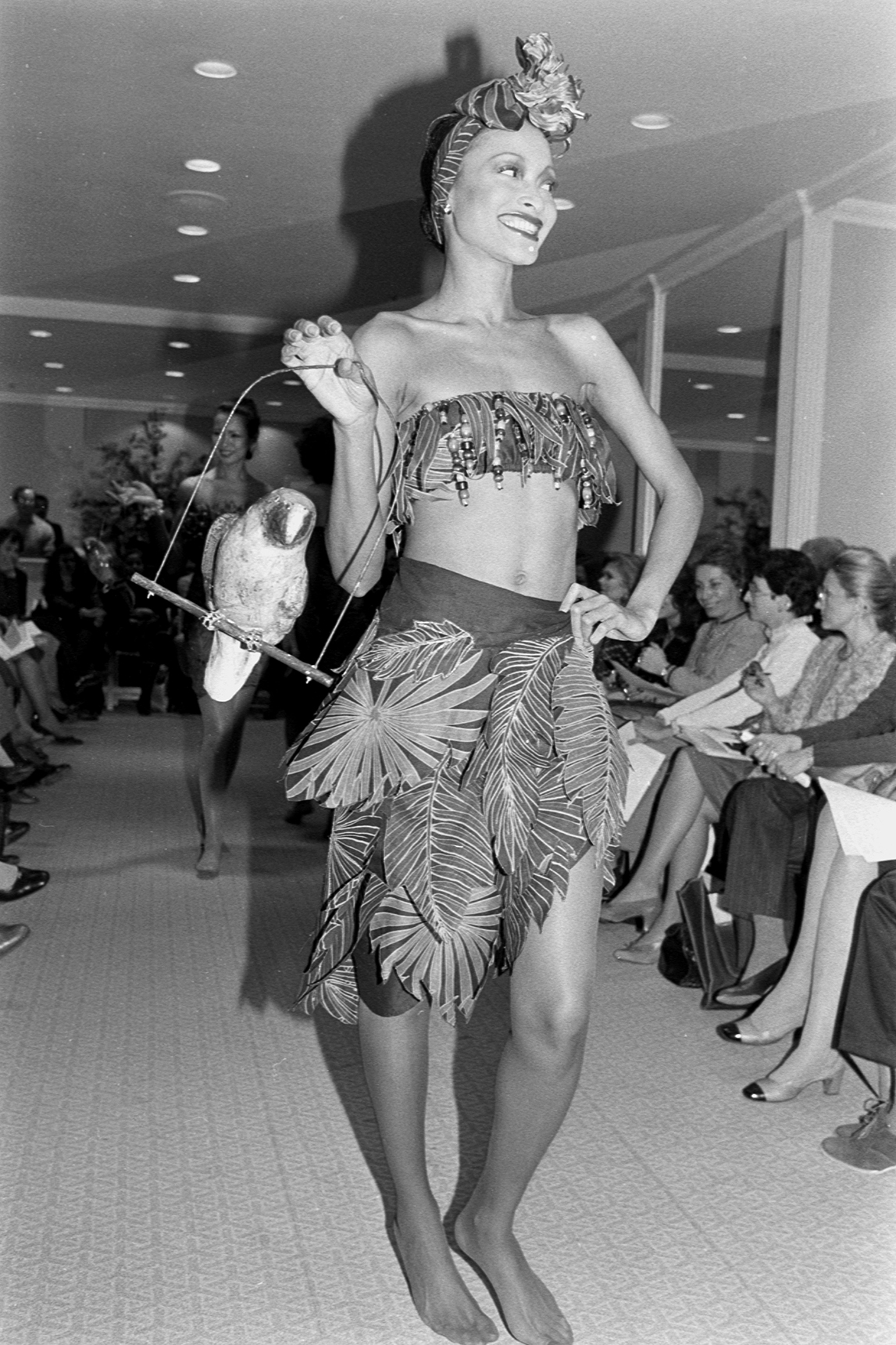 A contemporary of Myles’, Stan Herman, said Monday, “He did good, solid commercial clothes — a lot of dressy, occasion clothes and evening stuff. There was a whole group of these people in 530 and 550 Seventh Avenue. [Herbert] Sondheim was one. [Abe] Schrader was another,” Herman said. “There was a small group of people who traveled in that fashion-commercial lane making clothes that were inexpensive but fashionable. He was very well thought of.”

Myles was also a member of the Council of Fashion Designers of America at a time when the organization was more selective than it is today, Herman said. Norman Norrell was said to have nominated Myles for the group in 1970.

In the early ’80s, however, the five creditors of Myles’ company came knocking, filing a Chapter 7 petition seeking liquidation. The designer regained his footing financially in a few years. As a division of David Warren Enterprises, the Morton Myles division launched a large-size line of social occasion dresses in 1985. Rather than dumb down basics, Myles created designs that were consistent with his misses’ collection. The designer received a robust initial response, projecting the division to reach $2 million in first-year wholesale volume.

By the mid-’90s, Myles was back on his own and decided to close his company. He relocated to Scottsdale.

Myles is survived by his life partner, John Lawrence Otto.