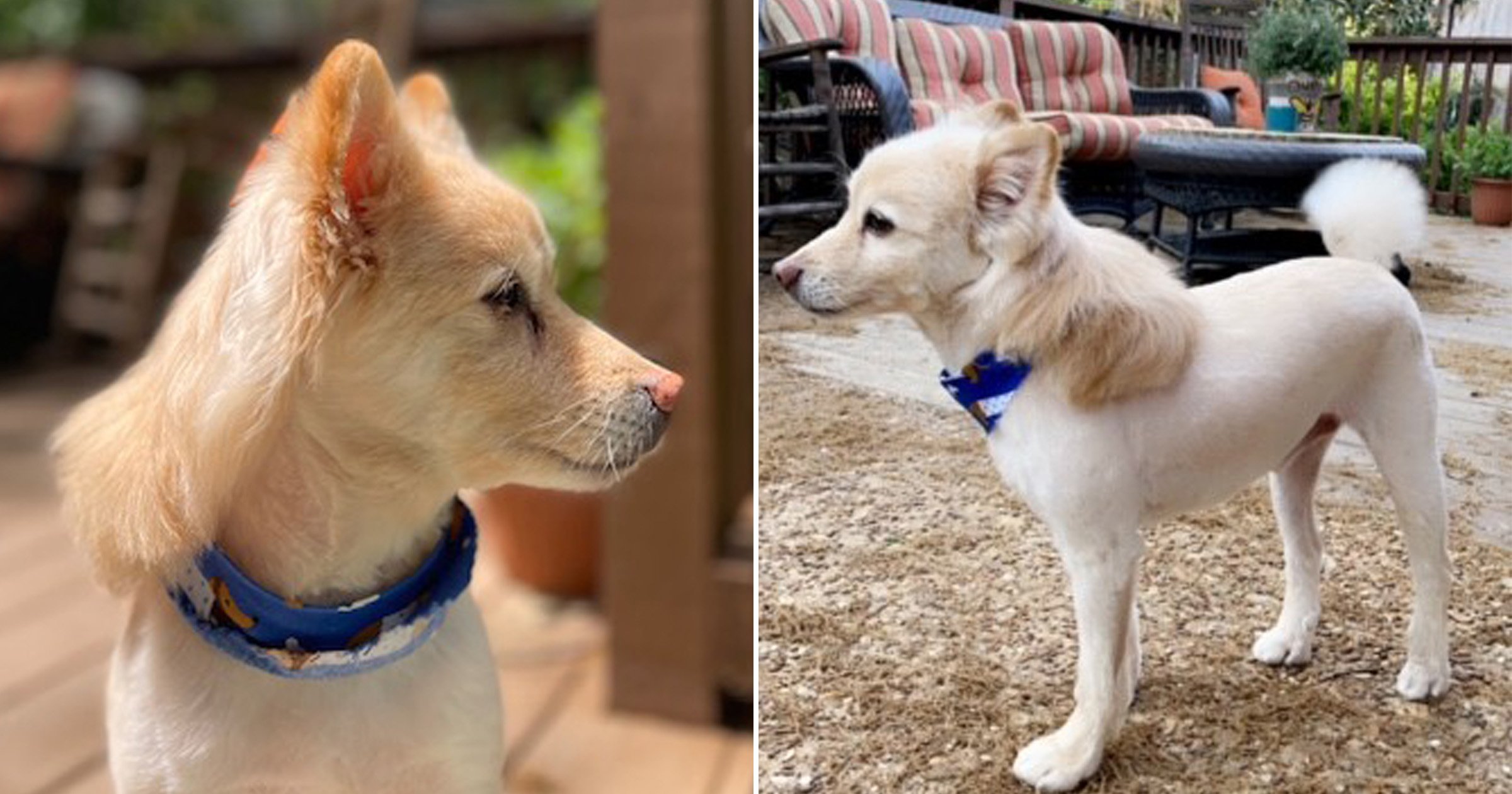 This is George Washington, a Pomimo with a mullet Miley Cyrus would be proud of.

Ella Mae Mullins, from Memphis, Tennessee, gave her nine-year-old dog the trendy haircut because she didn’t want her pooch to miss out on the style all the kids are getting.

She thinks it’s hilarious that George Washington gets compared to the likes of Joe Exotic of Tiger King fame as a result.

Ella said: ‘I think it is a mixture between his golden blonde locks and the mullet haircut that makes them look so similar.

‘I can see the resemblance between them for sure, but my George Washington is just a way cuter version of course.

‘A mullet is a haircut that a lot of kids are getting these days in the south. We always joke about the Alabama waterfall haircut, so why not let our George rock one?

‘We didn’t want him to miss out on the fun of a mullet, even if that means he bears a resemblance to Joe Exotic.

‘We have been getting his haircut like a lion for a few years now, and we just thought we would switch it up a bit.

‘It was actually mainly my husband’s idea to go for a mullet. He thought it would make a nice change from his usual style, and as he is so cute anyway, we knew he would look great with it.

‘So we just asked the groomer to make it happen. It’s amazing.’

Since getting his new look, Ella says she and George Washington are often stopped in the street by people asking if they can take a picture with him.

She added: ‘People that walk past us always stop to say how awesome and cute he looks.

‘When I first saw George with his mullet I could not stop laughing. It was just absolutely hilarious.

‘And it was also just such a shock from his usual lion-like style. But he looked amazing.

‘I think he loves his new hair too. He seems to rock it really well.

‘George loves attention anyway, so he has been especially loving all the extra attention he has been getting due to his new mullet.’