EXCLUSIVE: Disney+’s European originals strategy is out of the launch bay after the Star Wars and Marvel streamer fired up the jetpack on a slate of 10 shows, including the first projects for international general entertainment brand Star.

Disney announced at its investor day last December that Disney+ will greenlight 50 international projects by 2024. The Mouse House is already a fifth of the way towards meeting this target as it looks to complement shows like The Mandalorian and WandaVision with thoroughbred local content for its 95 million subscribers in 58 territories.

Spearheaded by Diego Londono, Disney’s EVP of media networks and content in EMEA, and Liam Keelan, VP of original content in the region, Disney+ has commissioned its first projects out of France, Italy, Germany, and the Netherlands. Deadline hears that a UK slate is also close to being announced, as Disney lavishes $16 billion on content over the next three years.

The European slate includes a mix of dramas, comedies, and documentaries, with Disney+ projects targetting a family-friendly audience, while Star shows are aimed at a more adult audience. Think of Star as being Disney’s international answer to Hulu.

Star launches globally on February 23 as a tile within Disney+ and eight of the titles announced today will sit on the service, which is designed to level-up Disney+ in the increasingly fierce streaming wars. It is the first glimpse of the service’s commissioning strategy, with originals set to sit alongside catalog shows, including Lost, and upcoming series from Disney’s general entertainment studios, such as FX spinoff American Horror Stories.

Eyecatching projects announced today include Star mafia drama The Good Mothers, which puts mob women in the frame and is produced by Brexit: The Uncivil War outfit House Productions and Wildside, the Italian producer behind HBO’s We Are Who We Are. Quoc Dang Tran, the writer behind Netflix’s Marianne, has created fantasy parallel dimension series Parallels for Disney+, while Deutschland 83 creator Jörg Winger will tell the story of East Germany’s first black police officer in Star’s Sam – A Saxon.

Documentaries include an access series on Dutch soccer giants Feyenoord, which promises to be Star’s answer to Netflix show Sunderland ‘Til I Die. Over in comedy, Disney+ is rebooting Fox Networks Group’s show-within-a-show series, Boris, after three previous seasons and a feature film. The full list of originals is below. 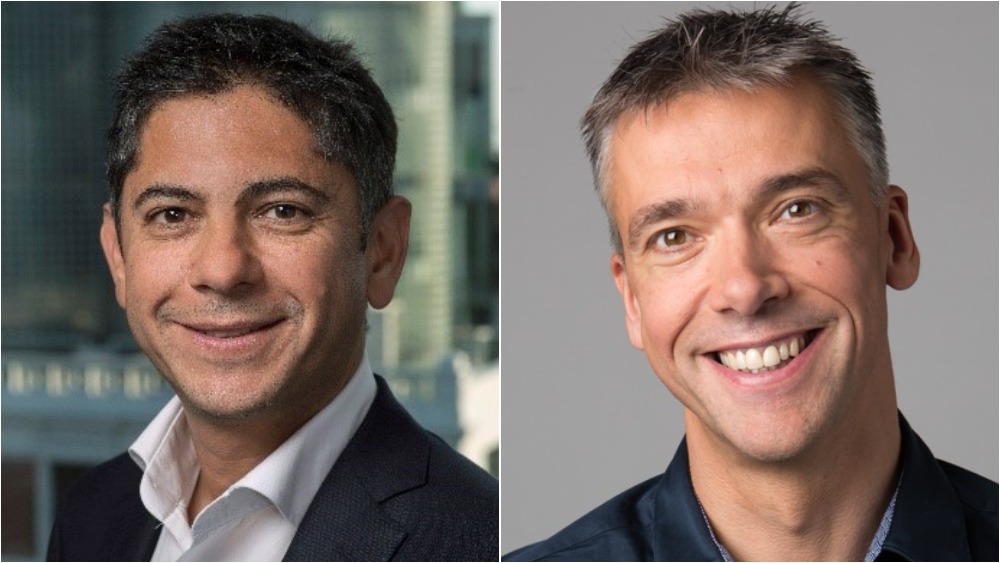 Londono and Keelan have been talking to producers for the past year and are hoping to see some of their first European shows launch later in 2021. Star has given them more flexibility in terms of the types of programs they can commission, although they recognize that they are entering a crowded market, with Netflix, Amazon, and Apple all fishing for high-caliber international series. Authenticity is a key watchword for Star, and the first 10 projects are all local language stories, often rooted in real-life events.

What Disney+ and Star executives are not looking to do, however, is to wring international value out of some of Disney’s megabrands, such as Marvel. So don’t expect to see Disney+ mining Marvel’s UK catalog of comic book heroes, for example, although a sprinkling of magical realism in future originals should not be ruled out as the content strategy takes flight.

The plan is to ultimately blast past the target of 50 original series, and while the priority is always wholly-owned projects, Disney is open-minded about co-production if the rights situation is favorable. Netflix, Amazon and more recently HBO Max have become very active in the co-production space, partnering with international broadcasters on shows including Fleabag (Amazon/BBC) and The End of the F***ing World (Netflix/Channel 4).

Londono said Europe is a “creative powerhouse” and local projects will help Disney+ become a “go-to destination” for audiences. Keelan added: “Our initial European offering underscores Disney’s regional commitment to outstanding and diverse talent, reflecting our desire to work with the very best storytellers in the industry.”

In addition to the shows announced today, Disney+ signaled its intention to push into originals in Spain and double down in Germany. Sofía Fábregas has been appointed as VP of original productions, Iberia, and former eOne executive Benjamina Mirnik-Voges has been hired as VP original productions, Germany. This follows Disney recruiting Channel 4 commissioner Sean Doyle as its point-person for unscripted producers in Europe and Africa.

While the shows announced today are Disney+’s first international slate, they are not its first commissions out of Europe. The streamer has worked with producers in the UK on Nat Geo-branded series including Meet The Chimps from Blink Films. Meanwhile, we revealed last December that Warner Bros International Television Production outfit Wall To Wall is making natural history series Growing Up Animal for the streamer.

Scroll on for Disney+ and Star’s first slate of European originals: 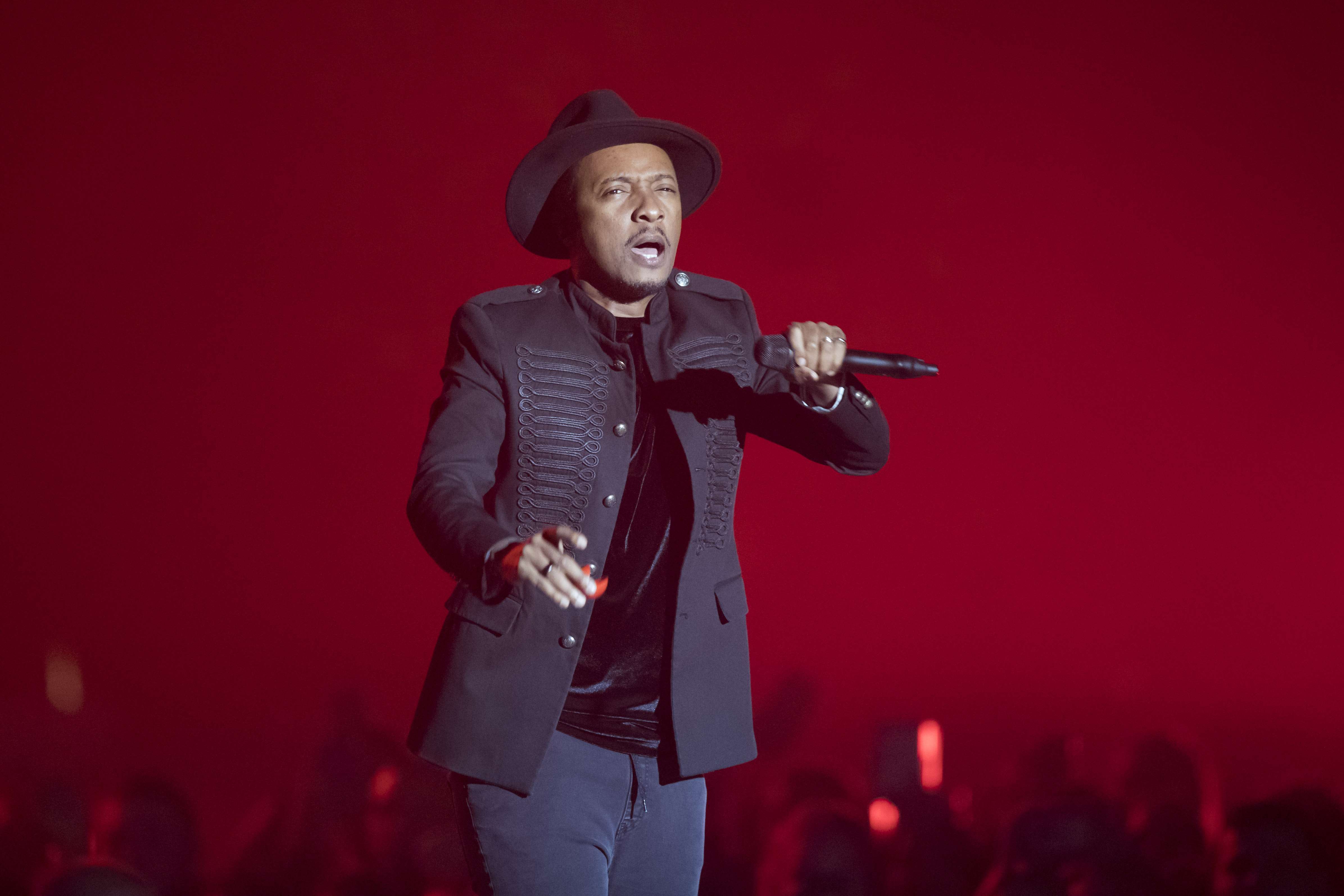 Parallels — Disney+ (click for full story)
Marianne creator Quoc Dang Tran and Anastasia Heinzl write this six-part fantasy adventure series, which follows four teenagers whose lives are turned upside down when a mysterious event propels them into parallel dimensions. Produced by Empreinte Digitale and Dang Trang’s Daïmôn Films, filming is underway on the series, which is billed as a witty romp for a family audience.

Oussekine — Star
This four-part limited series explores the terrible true events of December 5, 1986, which led to the death of a young student, Malik Oussekine, after he was chased down by police. The show is anchored by his family’s fight for justice and the impact his death had on French society. Oussekine is created and directed by Antoine Chevrollier (Baron Noir) and co-written by Faïza Guène, Julien Lilti, and Cédric Ido. It is housed at Itinéraire Productions.

Weekend Family — Disney+
Created by Baptiste Filleul (La Foret), this eight-part comedy chronicles the life of a new stepfamily that meets up every weekend. But when the father gets into a relationship with a new partner, the weekends take on a whole different turn. Elephant Groupe produces, while the writers include Nour Bensalem, Géraldine de Margerie, Julie-Anna Grignon, Marion Carnel, and Paul Madillo.

Soprano: Sing or Die — Star
Access documentary on French rapper, singer, and songwriter, Soprano. The six-part series follows him as he prepares for a 2022 stadium tour, as well as tracing his story from humble beginnings in Marseilles to present-day success. Breath Films is the producer. 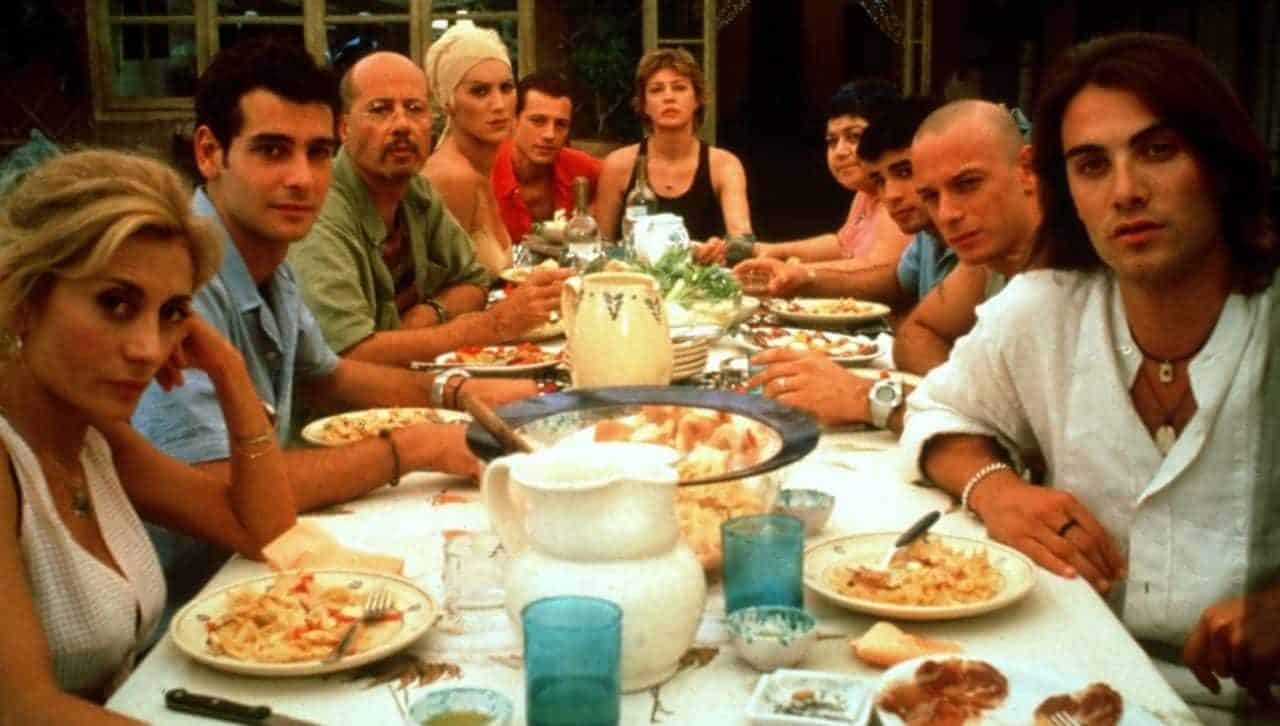 The Good Mothers — Star (click for full story)
House Productions and Fremantle-owned Wildside produce this six-part series, which tells the shocking true story of Alessandra Cerreti, a newly minted female prosecutor who faces the mammoth task of investigating the Calabrian ‘Ndrangheta mafia, and realizes that their wives and daughters are the key to bringing them down. Based on a book of the same name by Alex Perry, the series is written by BAFTA-winning Baghdad Central and The Last Kingdom scribe Stephen Butchard.

The Ignorant Angels — Star
An eight-part romantic drama inspired by the 2001 Italian box office hit Le Fate Ignoranti. Turkish-Italian director Ferzan Ozpetek’s revisits his feature for the series, which follows Antonia, who discovers that her husband had a same-sex affair before he was killed in a car accident. She’s devastated at the news, but the straight-laced Antonia finds herself building an unexpected and moving friendship with her husband’s former lover, Michele, and his circle of misfit eccentrics. R&C Productions is producing.

Boris — Star
A new season of Fox Networks Group’s show-within-a-show series, Boris. Produced by Fremantle-backed The Apartment, the original show followed the behind-the-scenes world of a low-budget medical drama series. In the new six-part season for Star, the hapless crew will reunite to produce a show for a global streaming platform. Boris previously ran for three seasons and a film. 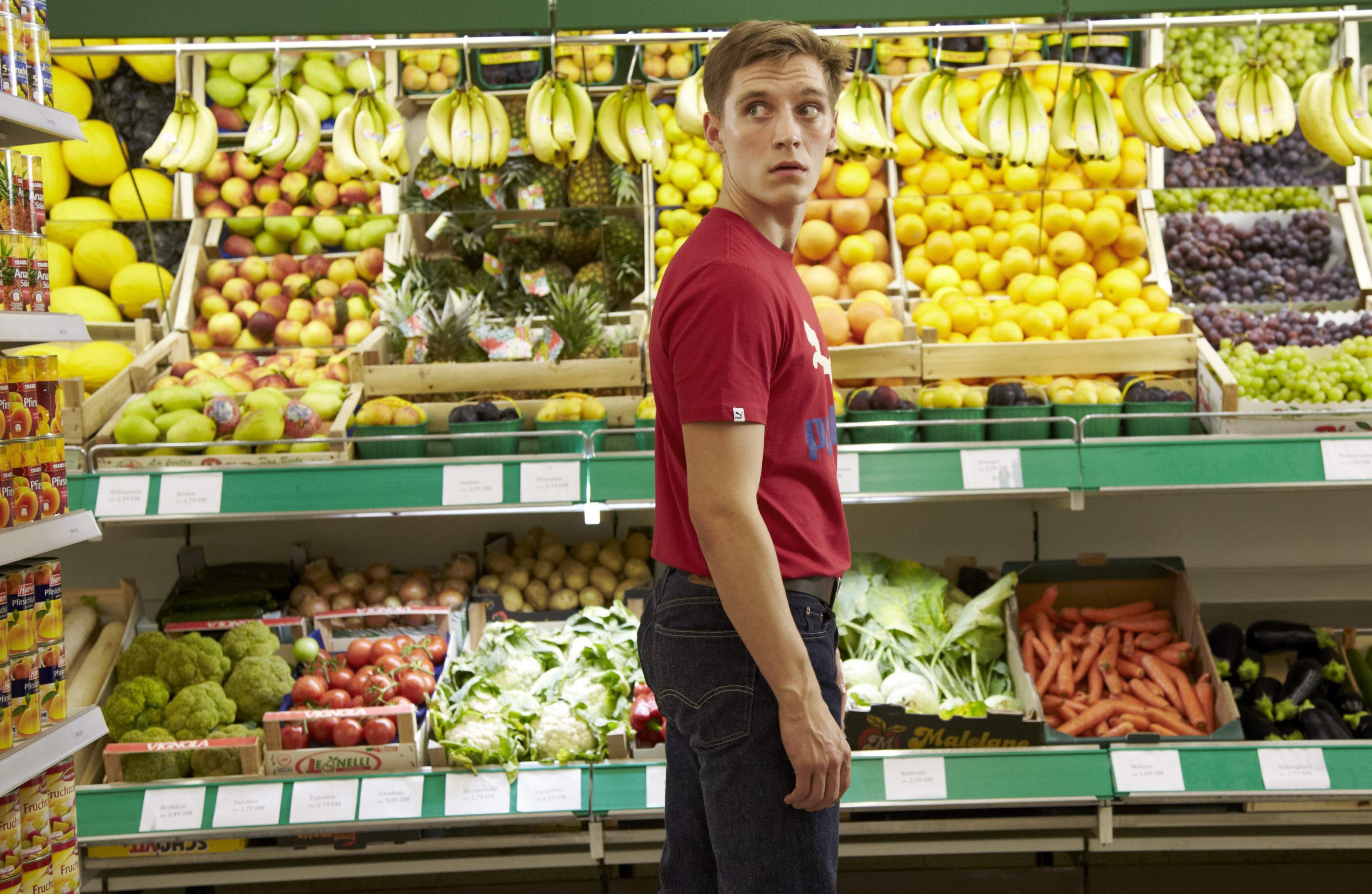 Sam – A Saxon — Star (click for full story)
Created by Deutschland 83 creator Jörg Winger, the eight-part series tells the real-life story of Samuel Meffire, East Germany’s first black police officer. The series shows how Meffire became a media sensation and a symbol of modern society in the post-reunification 1990s. But just a few years later, he ended up behind bars himself. It is made through Winger’s new production company Big Window Productions.

Sultan City — Star
A dark comedy thriller from up-and-coming producers Ayla Gottschlich and Aysel Yilmaz, and head writer Ipek Zübert. It centers on the respectable matriarch of a German-Turkish family who accidentally becomes the head of a criminal underworld, and discovers she and her daughters have a talent for the business. Two Moons Pictures produces. 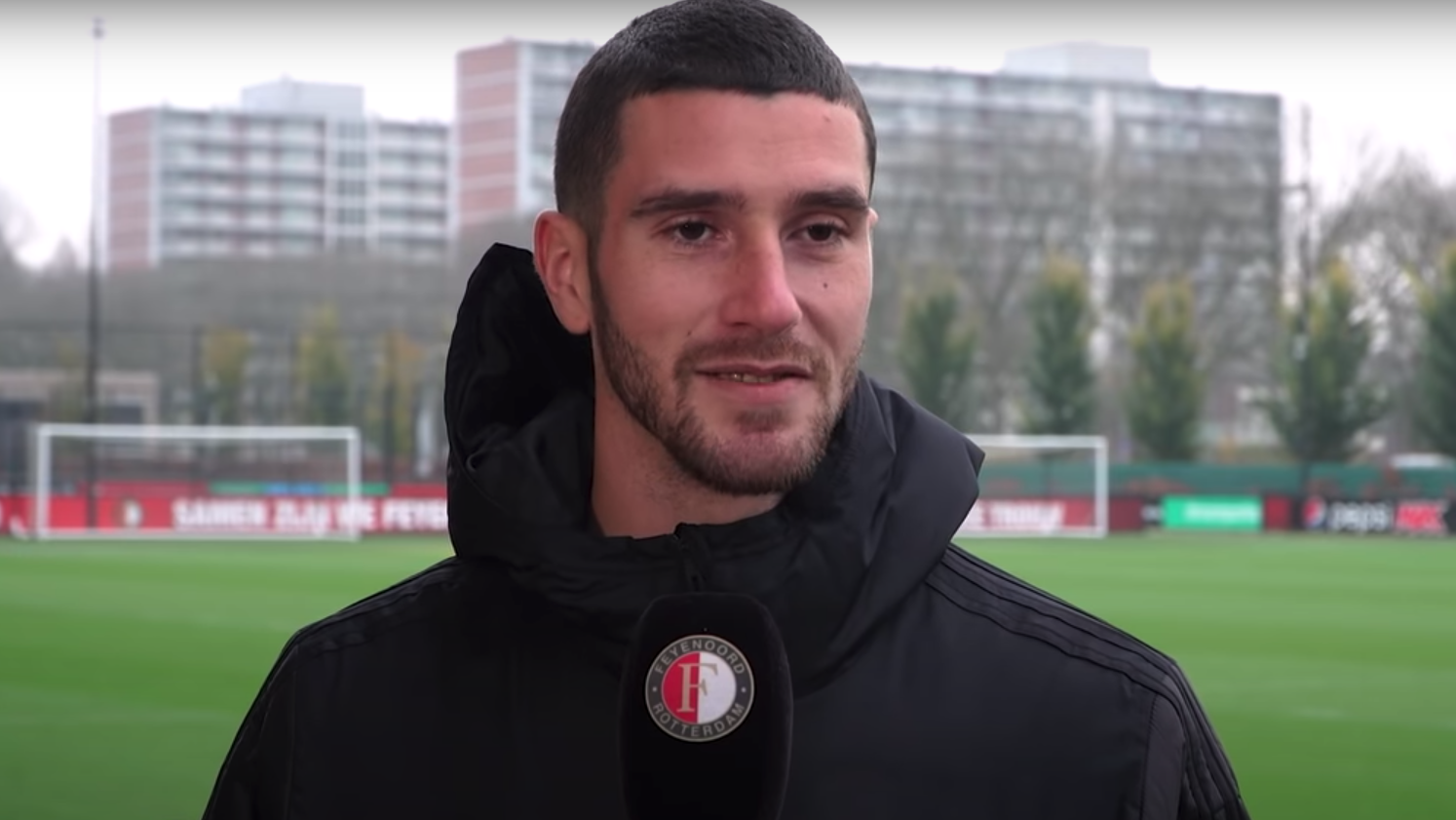 Feyenoord Rotterdam — Star
Eight-part series going behind the scenes of Dutch soccer club Feyenoord Rotterdam. Produced by Lusus Media, the series also follows Feyenoord’s fanbase, reflecting on the team’s history, which is filled with both melancholy and pride. It is the first time a TV series has captured the inner workings of a Dutch soccer club.