THE Disney Store is having a bumper sale with 50 per cent off tons of items. 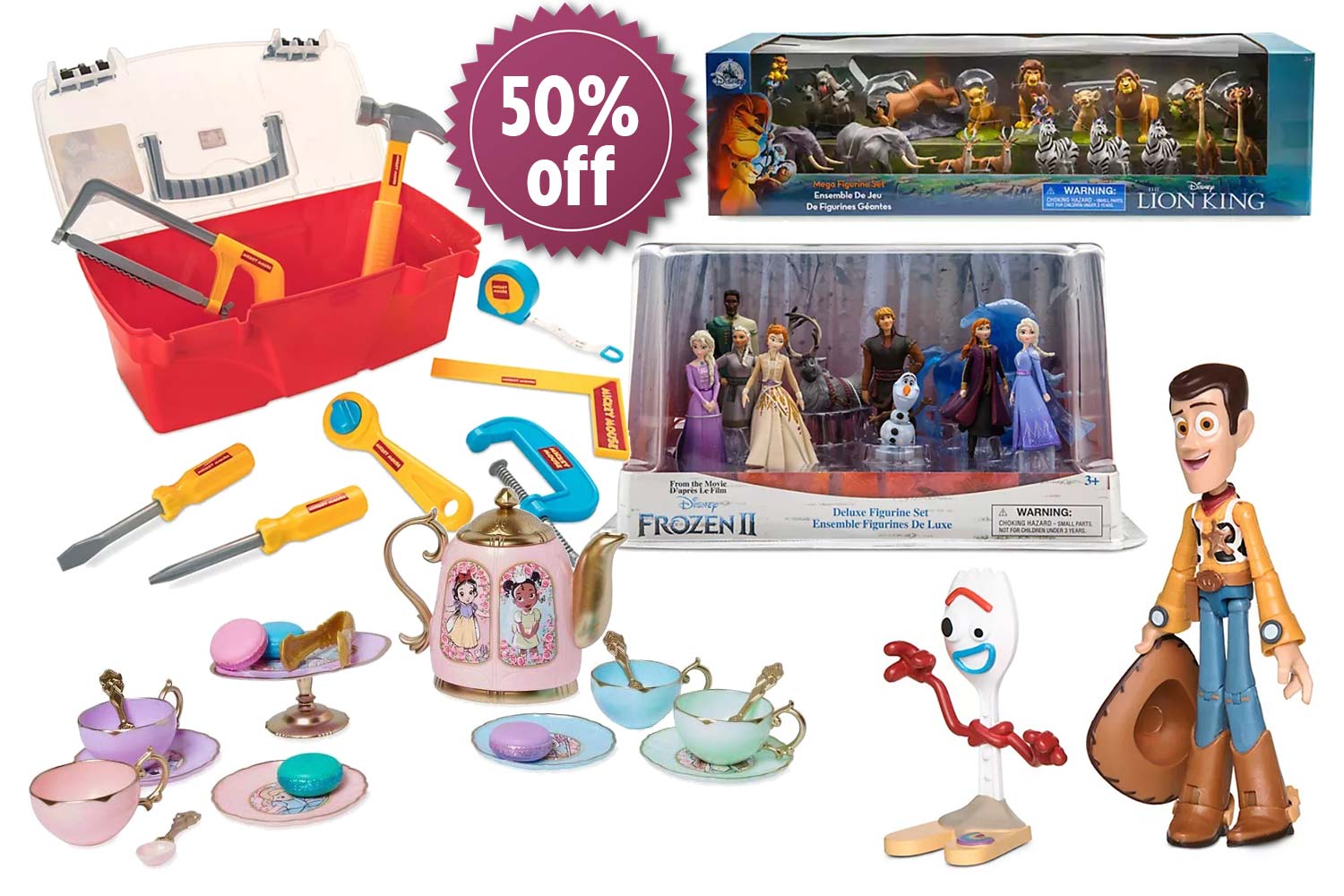 We found a huge variety of toys in the sale, perfect for keeping your kids entertained in lockdown.

All of the items are Disney Store exclusives, so you won't find them any cheaper elsewhere.

Disney is doing free returns and free delivery on orders over £50.

If you don't want to spend that much you'll need to spend £3.95 for standard delivery or £5.95 for express delivery.

Here's our pick of some of the best bargains.

There are a whopping 19 pieces including a tea pot, a serving tray, tongs, four saucers, four spoons, four tea cups and four macaroons.

Disney says you should wash the set before and after use.

You'll have to do it by hand as it is not safe for dishwasher use.
The toy is not suitable for  children under 36 months due to small parts. 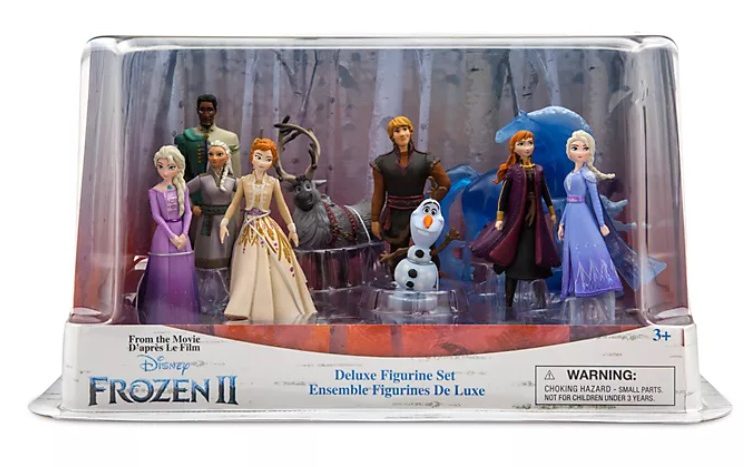 Embrace the magic of Arendelle with this Frozen 2 Figurine Playset.

The charming set features 10 beautifully moulded figurines, perfect for your children to re-enact all of their favourite scenes from the film.

In total the set contains 10 pieces including Elsa and Anna in their travel and ceremony outfits, Mattias, Honeymaron, Sven, Kristoff, Nokk and Olaf. 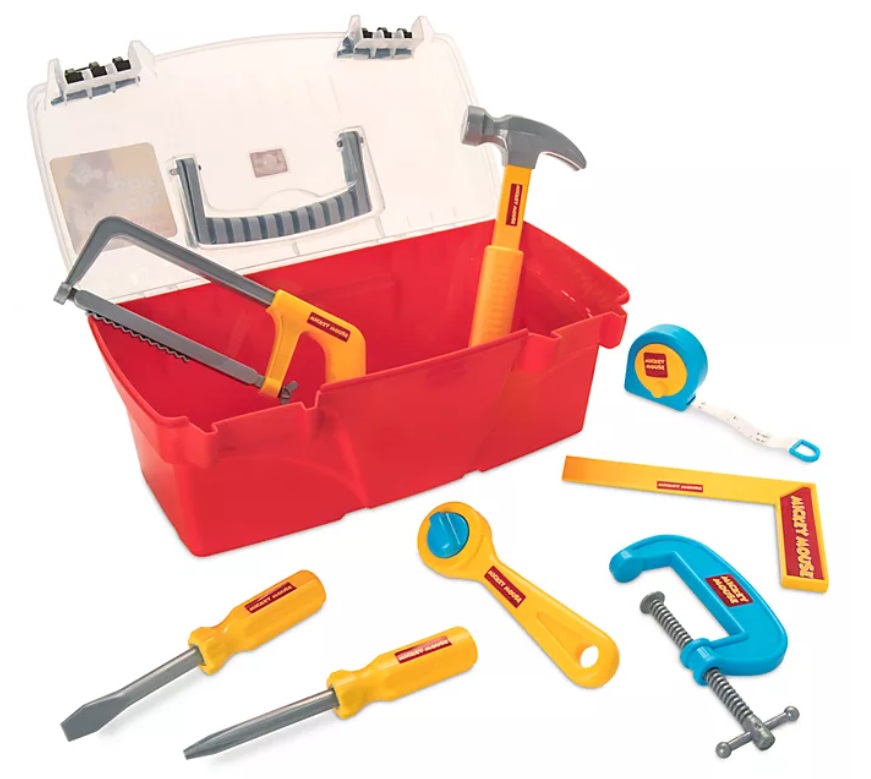 Let your kids develop their handy skills with this Mickey Mouse Toolbox Playset.

Ready for construction, it has all the tools they need to get building straight away.

It's a nine piece set including a toolbox, a hammer, two screwdrivers, one ratchet, one C-clamp, one framing square, one hacksaw and one measuring tape.
It's made from plastic and is not suitable for children under 36 months due to small parts.

Simba is featured as a little cub and and grown up as king, alongside other Pride Rock favourites including Pumbaa, Timon, Nala, Rafiki, Mufasa, Zazu, and Scar.

You also get the three hyenas Banzai, Shenzi and Ed.

And finally there are other animals including two elephants, two antelopes, three zebras, and two giraffes.

It is not suitable for children under 36 months as it contains small parts. 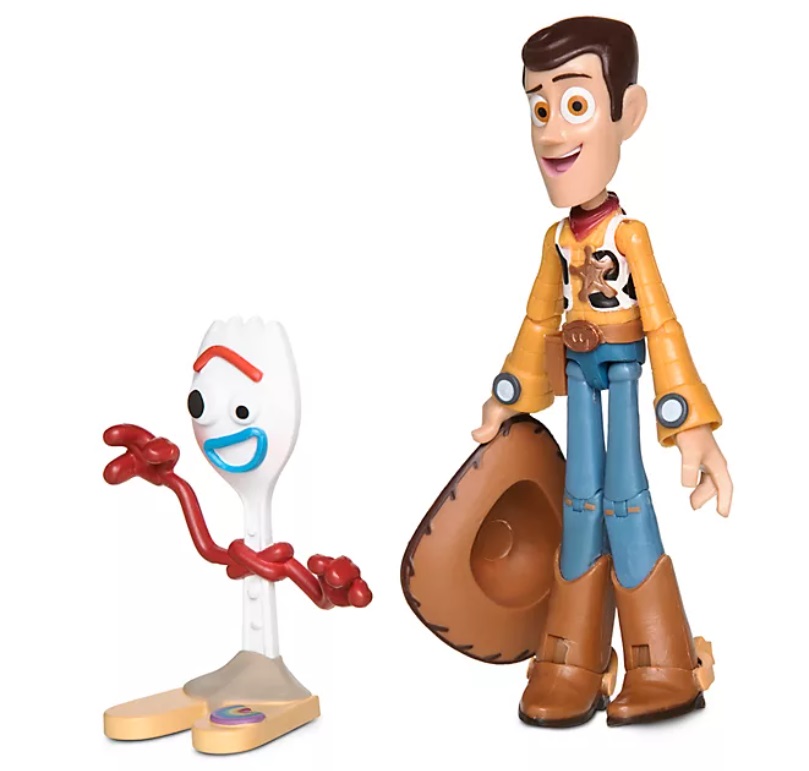 Let the lovable cowboy join you on exciting adventures with this Woody action figure!.

It also comes with Forky accessories.
It is not suitable for kids under 36 months due to small plastic parts.

We first spotted the sale in HotUKDeals a website which points shoppers in the direction of brilliant bargains and deals.

Aldi is bringing back its inflatable dinosaur paddling pool.

From paddling pools to ice lollies here’s how to beat the summer heatwave during coronavirus lockdown.

Home Bargains is selling a £7 lawn mower and gardening toy set for kids.