Fake it until you make it. Then fake it a lot more to cash in. That could be the motto of any number of self-proclaimed “influencers” on Instagram, who have been known to contact businesses for free accommodation, meals, clothes, or services like gym training sessions or beauty treatments, in return for undeclared “exposure” – glossy photos, gushing reviews.

Judging by the number of scandals and scams plaguing some influencers over the past 12 months, and the backlash by businesses, which have used their own social media accounts to shame those making brazen requests for freebies, you could be forgiven for imagining that influencers are losing their influence. 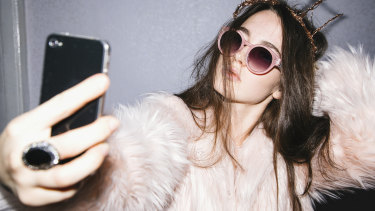 Last year, former My Kitchen Rules contestant and food blogger Andy Vignati tried to extract a free meal at high-end Adelaide restaurant Africola. Chef Duncan Welgemoed posted Vignati’s email, and a subsequent exchange, on his own Instagram page. “If Katy Perry can pay for a meal in my restaurant, so can you,” he griped to Vignati.

Others have had their glossy image stripped bare, like American Caroline Carroway, once described by ABC News in the US as “the envy of social media”, who was exposed by her former best friend, Natalie Beach, last September for having bought followers and created an aspirational fairy tale with her long, evocative Instagram captions (Beach claimed she helped write them).

So are the days of influencers numbered? Definitely not, says Lauren Gurrieri, senior lecturer in marketing at Melbourne’s RMIT. “Becoming a social-media influencer is a top job goal for the young now,” she sighs. “Twenty years ago, it was to be an actor, scientist, athlete or business person. Influencers are seen as more authentic than someone appearing in a TV advertisement, even though influencers aren’t answerable to the same stringent standards.”

The figures say it all: the influencer marketing industry could almost double to $US15 billion by 2022, according to research service Business Insider Intelligence.

The good news? In the interests of transparency, a growing number of brands are insisting their paid influencers label their posts “sponsored” when their products are spruiked.

To read more from Good Weekend magazine, visit our page at The Sydney Morning Herald, The Age and Brisbane Times.