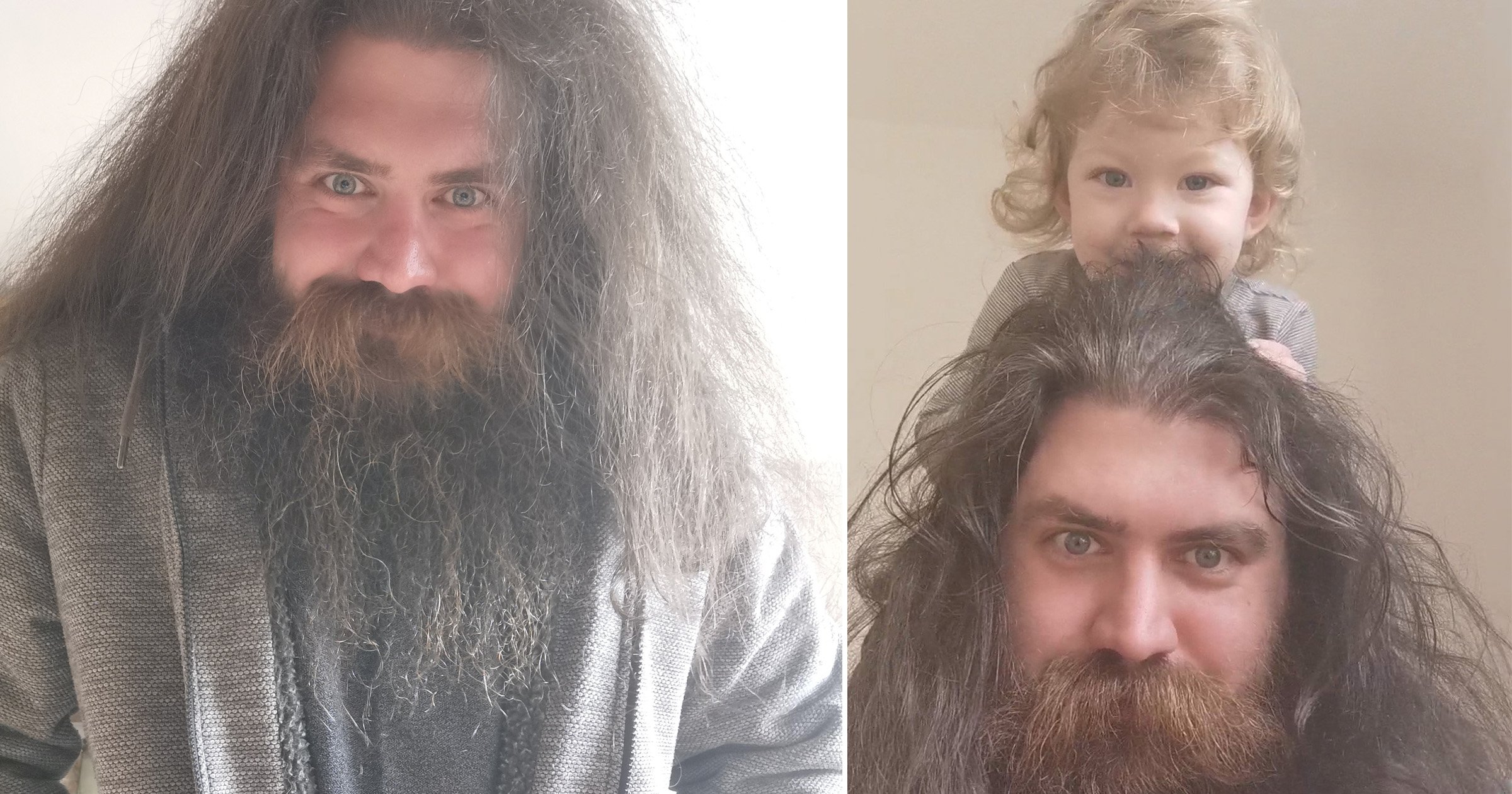 A dad-of-two has embraced his resemblance to a popular Harry Potter character.

Aaron Sankey now has children point and stare at him in the street and colleagues recite famous Hagrid quotes to him.

The 32-year-old started growing out his hair and beard two years ago – after his youngest daughter requested it.

But he soon realised that he was beginning to mirror the beloved fictional character.

Thankfully, Aaron takes it all in his stride and his fiancé, Rachel Simpson, 30, is a fan of the look, too.

The fishmonger, from Worcestershire, said: ‘I never planned to look like anyone or anything in particular.

‘I’m naturally a hairy person so I just let it grow, and this is the outcome.

‘I’ve read all the Harry Potter books and seen all the films, and I definitely do notice the resemblance – especially first thing in the morning, or after a blow-dry.

‘I do get people whispering and pointing, or even coming up to talk to me about it, but I see the funny side.

‘I get a lot of kids talking to their parents quite loudly while pointing over at me.’

However, it’s not just the hair and beard that Aaron has in common with Hagrid. He also owns a huge dog – much like Fang in the books and films.

But, at 5ft 11in, Aaron doesn’t have the same stature as his 8ft 6in doppelganger.

Impressively, Aaron managed to achieve the Hagrid-esque look within a year.

But he didn’t see the similarities until colleagues at his old workplace, Carphone Warehouse, began to make comments.

Aaron said: ‘One day I was running late and rushed into work without brushing my hair.

‘I must have had about ten people come up to me that day asking “Can you call me a wizard?” and other similar references.

‘It took me a few seconds to see what they meant.’

Despite the jokes, Aaron plans to keep up his new appearance.

He added: ‘As long as I’m not losing hair, I’ll continue growing it.’