DaBaby’s baby mama, DaniLeigh, claims the rapper called the police on her after attempting to boot her and their newborn daughter from his property.

“This man is mad bc I had a plan b sent to his condo,” DaniLeigh, 26, claimed on social media following a very public and bizarre fight over Instagram Live. “All he wanna do is c-m in me , with no responsibility.”

She went on to allege that he wants her out so he can “f–k on” other people. 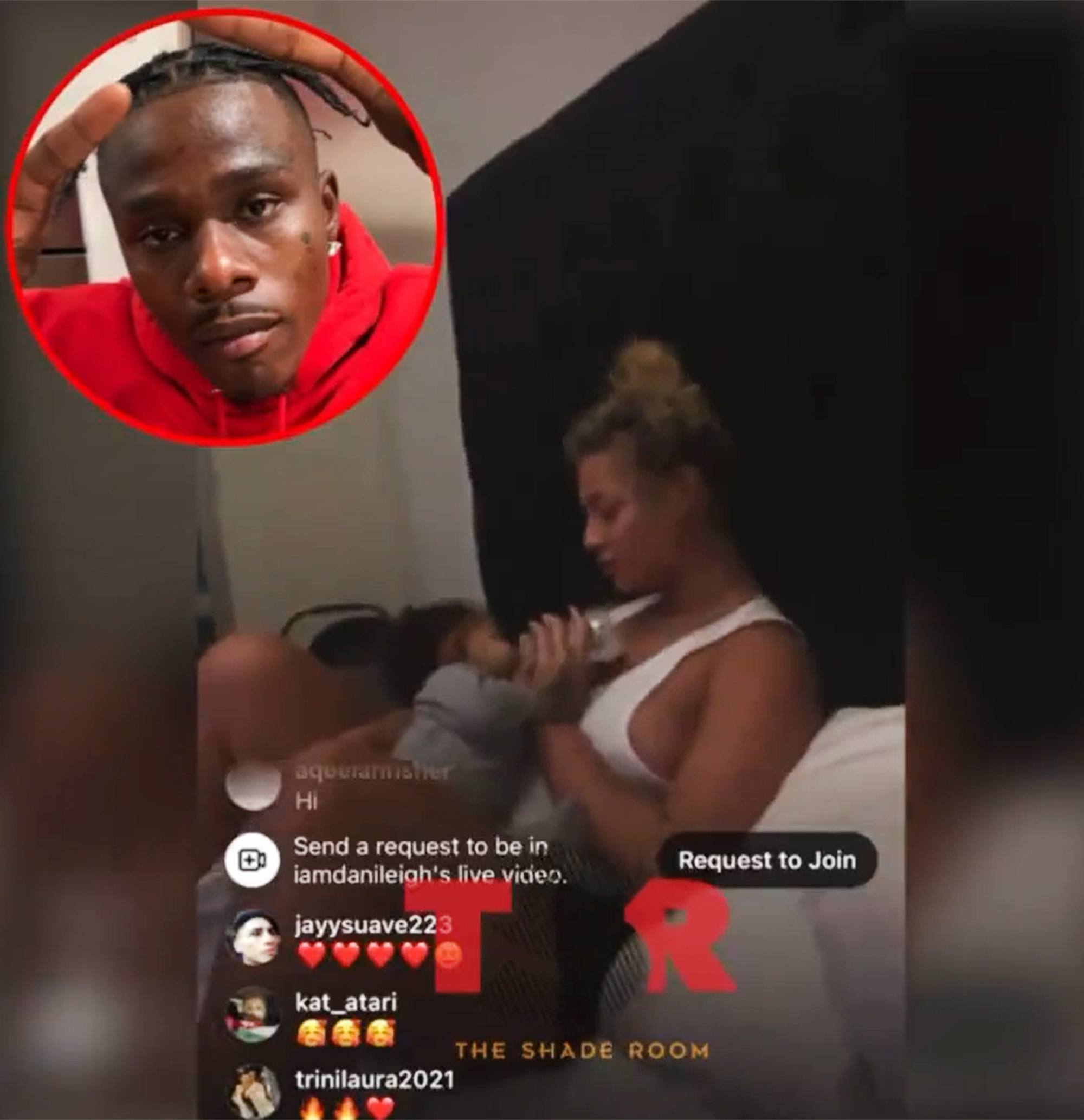 “This all goes to say that this man is a f–king coward !!!!!” she continued, adding that she was sleeping after cooking him dinner when he came in and tried to kick her out. “Ima learn and Ima grow … but this right here . ain’t it.. and Im sorry to my baby that her father is kicking her out her home at 3 months.”

Meanwhile, DaBaby, 29, posted his own statement about the public spat, claiming that he was “threatened multiple times” with an “internet scheme” and was recording himself out of safety and for “business done based on my reputation.”

He also claimed DaniLeigh was a person “refusing to not let me go,” and wrote, “I done been beat on and yelled at and chased around like one if [sic] them fatal attraction type girls.”

The rapper also said in his statement that he doesn’t want to press charges against DaniLeigh, but just wants her “peacefully removed.” 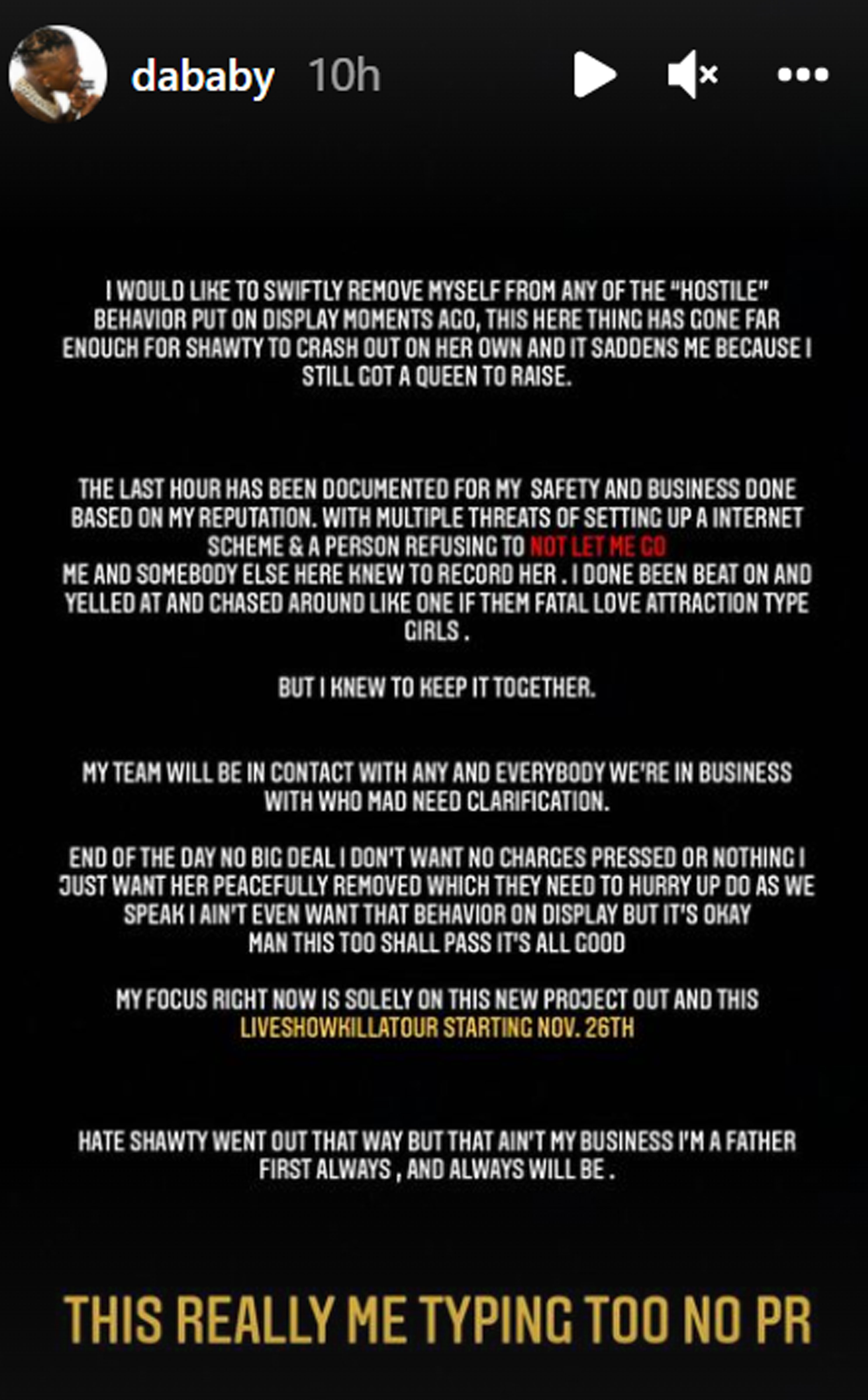 He ended his note saying, “Hate shawty went out that way but that ain’t my business I’m a father first always , and always will be.”

The videos, which were captured by The Shade Room on Sunday, show the rapper recording DaniLeigh as she feeds their child and repeatedly saying “F–k you” to DaBaby.

In another video, recorded this time by DaniLeigh, police can be seen in the background asking her to speak to them.

“No, I don’t need to tell you nothing,” she tells them. 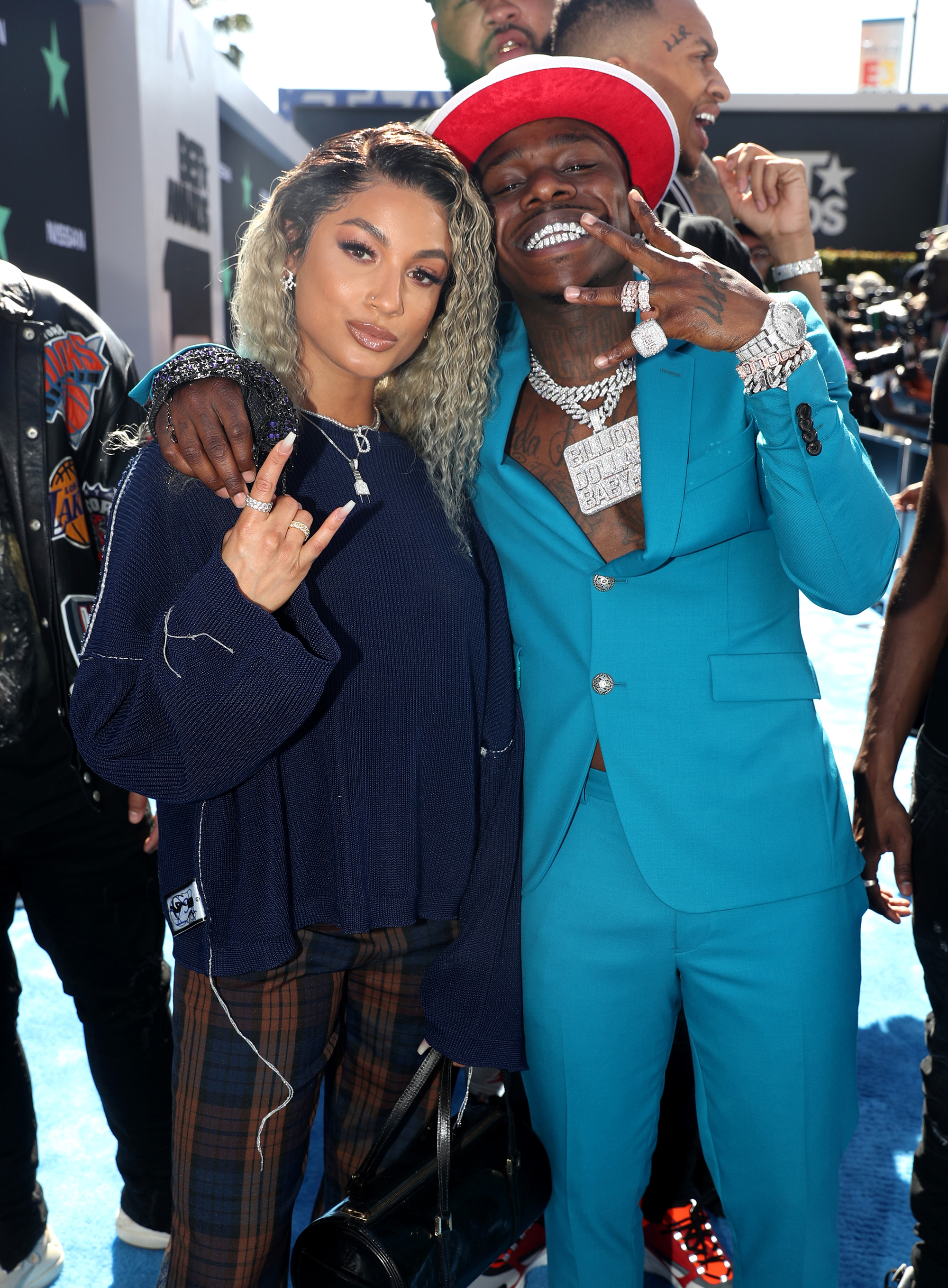 Apparently DaniLeigh and her daughter weren’t kicked out overnight because she popped up on DaBaby’s live the following morning. Things between the two appeared hostile still as he called her “coo coo for Cocoa Puffs” several times.

When he stated that he and DaniLeigh were never in a relationship, she laughed in the background.

“Shawty’s not my girl. Ain’t never been my girl. It’s my side [chick],” he said repeatedly as DaniLeigh told him to “shut up” before storming out of the room.

DaniLeigh came through with receipts about their relationship though, posting several pics and videos of them together over the years — including a video of DaBaby telling her he loves her.

The couple were first linked in 2020 after DaBaby — who has another daughter from a previous relationship — featured DaniLeigh in his music video for “Levi High.”