Australians have died being denied access to potentially life-saving medical treatments by “big government”, claims Coalition MP Craig Kelly in comments about COVID-19 made on a podcast by controversial ex-TV host Pete Evans.

The maverick MP told Evans government has “interfered” with the doctor-patient relationship to prevent doctors prescribing the two medications Kelly pushes on his Facebook page – hydroxychloroquine and ivermectin. 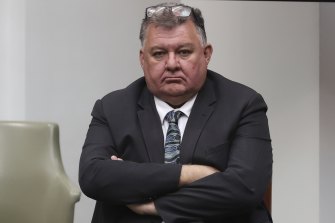 Doctors and scientists have published overwhelming evidence that the drug Mr Kelly most admires does not effectively treat or prevent COVID-19, and may cause serious harm, including heart complications.

“Government says, ‘Well we don’t care what you think as a doctor or an expert in this field. We, as big government, know better, and you are not allowed to prescribe hydroxychloroquine’,” he said.

“’And if you want to prescribe ivermectin, well, we’re going to come down on you like a tonne of bricks.

“‘You’re not allowed to talk about it. We’ve got official recommendations against it to scare all the doctors off.” 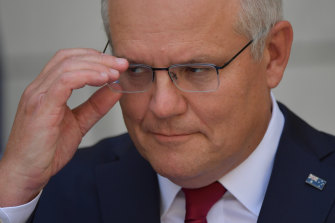 On the Evans’ podcast, Mr Kelly said he was “referencing peer-reviewed science, published medical evidence and the opinions of some of the most respected and highest credentialled professors … from around the world”.

He blamed the media for spreading disinformation and said the World Health Organisation was “weeks away” from recommending ivermectin.

Mr Kelly said “there is no doubt that people have died because they’ve been denied access to these drugs”.

“Because former president Trump said hydroxychloroquine was effective, the media went out to demonise it … and any evidence that was contrary was just dismissed.

“Meantime we’ve got, like, two million people dead around the world.

“A lot of people in the media …have demonised a truth and by doing so they have prevented people getting access to a medicine.”

“The truth will come out … the truth always comes out,” Mr Kelly said.

Mr Evans thanked Mr Kelly “for fighting for us and for presenting the evidence”.

The national taskforce of scientists and doctors from 29 peak health professional bodies strongly recommends against using hydroxychloroquine or ivermectin to treat or prevent COVID-19.

The taskforce based its decision on an exhaustive review of international studies – including gold-standard randomised controlled trials – involving thousands of people, rather than cherry-picking non-randomised clinical studies that offer less reliable evidence.

The Therapeutic Goods Administration’s decision to strongly recommend against using hydroxychloroquine to treat or prevent COVID-19 is in line with advice from the WHO.

During Trump’s presidency, the Food and Drug Administration in the US, revoked its Emergency Use Authorisation for hydroxychloroquine following clinical trial results due to the risk of serious heart problems in COVID patients given the drug based on trial data.

Get our Coronavirus Update newsletter

Stay across the news you need to know related to the pandemic. Sent Monday and Thursday. Sign up here.