Senior Australian diplomats, including United States ambassador Arthur Sinodinos, have been caught up in a sophisticated identity theft scam in which cyber attackers impersonated them on encrypted messaging services Whatsapp and Telegram in a bid to get sensitive information from their contacts.

The Australian Federal Police is investigating the security lapses after a number of heads of mission reported experiencing suspicious activity on their phones. 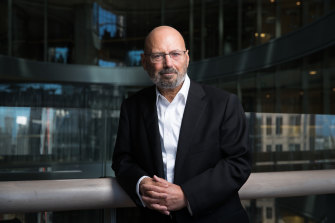 Australia’s ambassador to the US, Arthur Sinodinos, was one of the diplomats hit by the phishing scam.Credit:Janie Barrett

The cyber scare appears to mirror the attacks on senior cabinet ministers, including Finance Minister Simon Birmingham and Health Minister Greg Hunt, whereby the attackers are impersonating the individuals on Whatsapp or Telegram by using their names and personal phone numbers and gaining access to their contact book. There is also a third federal MP who has been hit by the scam who has not been identified.

The “phishing” attacks have unsettled some senior members of the Department of Foreign Affairs and Trade to the extent that they are now operating on the basis their phones have been compromised. This climate of fear has been exacerbated by a number of other unrelated cyber attacks against diplomats, as well as sophisticated hacks on the computer networks of Parliament House and Nine News (publisher of this masthead).

Mr Sinodinos confirmed a Telegram account was created in his name and said the matter had now been addressed by the AFP.

The AFP’s investigations, which included having MPs hand over their phones, so far show none of the devices have been physically hacked into, despite their contact books being stolen. But cabinet ministers did have their phones replaced out of caution.

Under the scam, senior politicians and diplomats are being sent messages asking them to validate new Whatsapp and Telegram accounts. Once they click on the link or download the app, the hacker then has access to their contact book and the ability to impersonate them on the new account. The cyber attackers are then sending unsolicited messages to the person’s contacts asking for contact details of people in Hong Kong.

The person impersonating Senator Birmingham’s phone began sending messages to a number of his contacts on Telegram, with one of the recipients asked: “Do you have a contact in Hong Kong. An Aussie preferably.”

After one of the recipients handed over contact details for two pro-democracy activists not knowing they were speaking to an imposter, the cyber hacker responded: “Let me know if you have reached out to the both of them.”

The AFP has yet to establish whether a criminal syndicate or a foreign country is behind the scam, but security agencies believe it is more likely to be a criminal group. While the focus on Hong Kong activists has sparked concern among some members of the government that China is behind the cyber attacks, the attackers appeared to be wanting money.

Some people contacted were asked to transfer money to a Hong Kong bank account with the account name “Yat Ting Ho Laundry Co”. The account was with Standard Chartered Hong Kong.

A spokeswoman for the AFP said it was aware of the matter and was investigating.

“There is no compromise of the affected users’ devices,” the AFP spokeswoman said.

The AFP has organised briefings for MPs to educate them on how to look out for phishing scams.