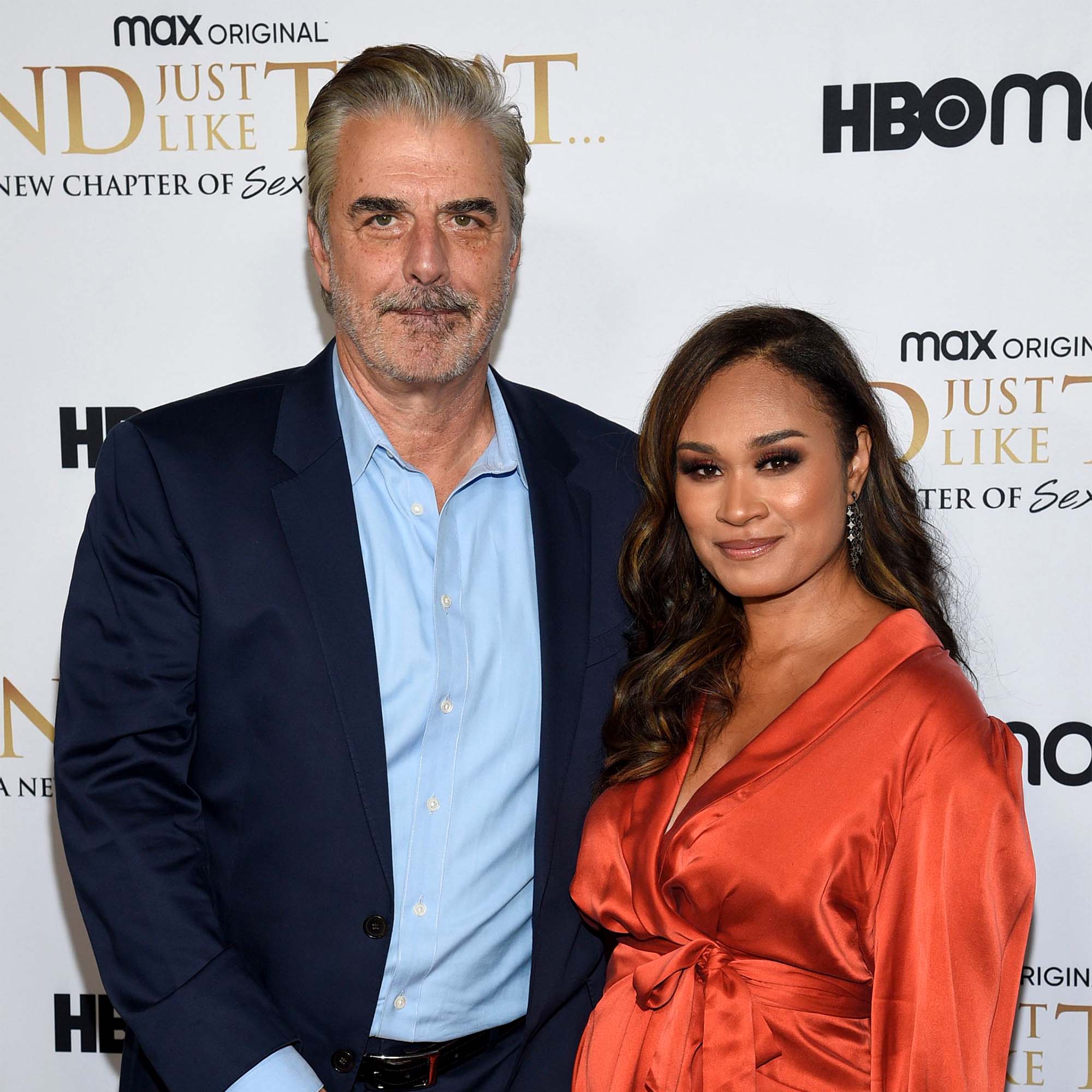 On the rocks? Chris Noth’s wife, Tara Wilson, stepped out without her wedding ring amid claims that the Sex and the City star sexually assaulted multiple women years prior.

Who Is Tara Wilson? 5 Things to Know About Chris Noth’s Wife

The 39-year-old former actress was spotted in the Sherman Oaks neighborhood of Los Angeles on Monday, December 20, for the first time since news broke of Noth’s alleged sexual assault scandal.

Wilson, who shares sons Orion, 13, and Keats, 18 months, with the Law & Order alum, 67, didn’t appear to have her diamond sparkler on as she was photographed getting into an SUV on Monday.

The Canada native, who began dating Noth in 2001, wore an oversized green coat, jeans and a grey T-shirt as she held onto her keys, based on photos obtained by the Daily Mail. Her ring finger was bare.

Chris Noth’s Sexual Assault Allegations and the Fallout: Everything to Know

Wilson’s outing came just days after The Hollywood Reporter published a story on December 16 in which two women accused Noth of assaulting them in years past. According to one woman’s claims, the And Just Like That actor claimed he didn’t believe in being monogamous with his wife, whom he’s been married to since 2012, when he allegedly assaulted her.

“He said marriage is a sham. Monogamy is not real,” the woman told outlet of Noth’s alleged comments before the act. “[He] was having sex with me from the back in a chair. We were in front of a mirror. I was kind of crying as it happened. … I went to the bathroom and put on my skirt. I was feeling awful. … All of my dreams with this star I loved for years were gone.”

The Someday Sometime actor, for his part, denied the accusations in a statement to Us Weekly on December 16, claiming that the allegations are “categorically false,” adding that he would never harm anyone.

“These stories could’ve been from 30 years ago or 30 days ago — no always means no — that is a line I did not cross,” he explained. “The encounters were consensual. It’s difficult not to question the timing of these stories coming out. I don’t know for certain why they are surfacing now, but I do know this: I did not assault these women.”

A third woman has since come forward with sexual misconduct allegations against the New York native. Amid the scandal, Noth has been dropped by his talent agency and was fired by The Equalizer as of Monday, December 20.

“Chris Noth will no longer film additional episodes of The Equalizer, effective immediately,” Universal Television and CBS confirmed in a joint statement at the time.

Noth’s Sex and the City costars Sarah Jessica Parker, Cynthia Nixon and Kristin Davis released a statement of their own on Monday as the actor’s alleged actions continued to make headlines.

“We are deeply saddened to hear the allegations against Chris Noth,” the women wrote in a shared message via their Instagram Stories. “We support the women who have come forward and shared their painful experiences. We know it much be a very difficult thing to do and we commend them for it.”