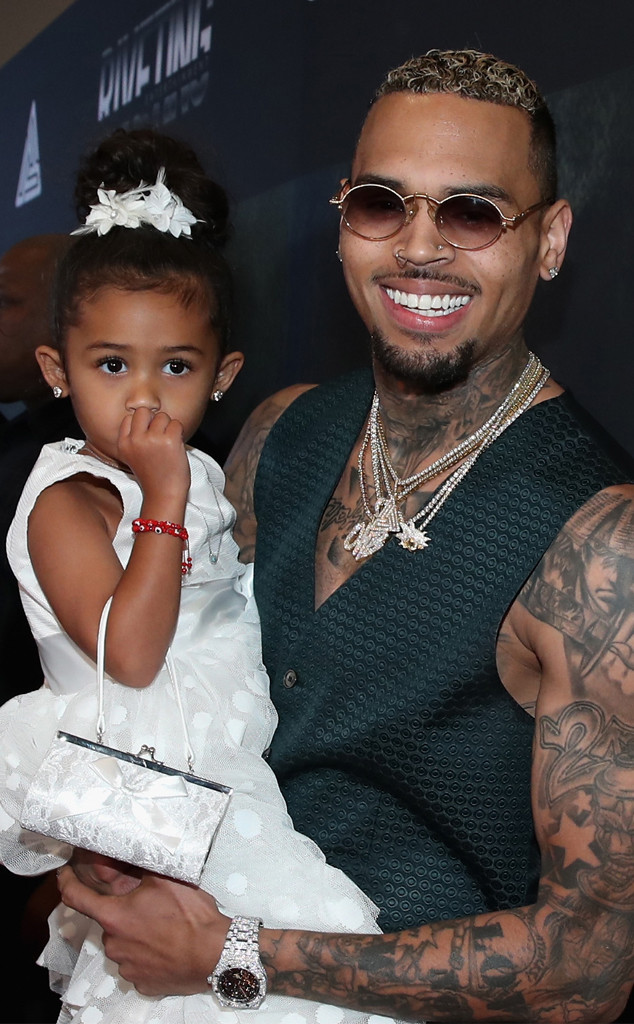 Chris Brown‘s 5-year-old, Royalty, appears to have gotten her dad’s dancing gene. The 30-year-old posted a humble brag about the kindergartner to Instagram on Thursday, which showed the tot dancing alongside her pink scooter to his 2005 hit “Gimme That.” (Reminder: He released the track when he was just 16!)

“Yo….” wrote in praise of the video, adding a slew of cry-laugh emojis. Minutes later, he followed up with a comparison of Royalty rocking out next to a clip of his own moves on his Instagram Story, proving this talent certainly runs in the family.

And he’s not the only superstar impressed by her moves. “STOP IT,” Justin Bieber commented. “SHE’S SO TALENTED.” (This isn’t going to help his baby fever, y’all.) Chimed in Ty Dolla $ign, “Super star!”

But this isn’t the first time Brown, who is reportedly gearing up to welcome his second child, has posted a video of his daughter dancing. Back in September, he posted a similar video highlighting her rhythm on the playground.

Of course, he has a lot of be proud of beyond her skills. In August, the “No Guidance” singer took to Instagram to document the first day of school for his “angel.”

“My baby first day of school!” he captioned the adorable shot of her smiling in her school uniform. “Where has the time gone? SO PROUD OF YOU BOOBOO.”

Based off of this video, there’s no doubt Brown will have his daughter in after school dance classes in no time.