Leaving the past behind. Cheryl Burke reflected on the challenges she faced in 2022 — including her split from Matthew Lawrence — while preparing for the new year.

Everything Cheryl Burke Has Said About Healing Amid Matthew Lawrence Split

“When you see me crying at 11:59 p.m. on NYE don’t think it’s because I’m sad,” Burke, 38, captioned a TikTok video on Wednesday, December 28. “It’s because I f—king MADE IT through the year that did everything it could to try and break me, and there were a lot of moments when I thought I would but here I AM.” 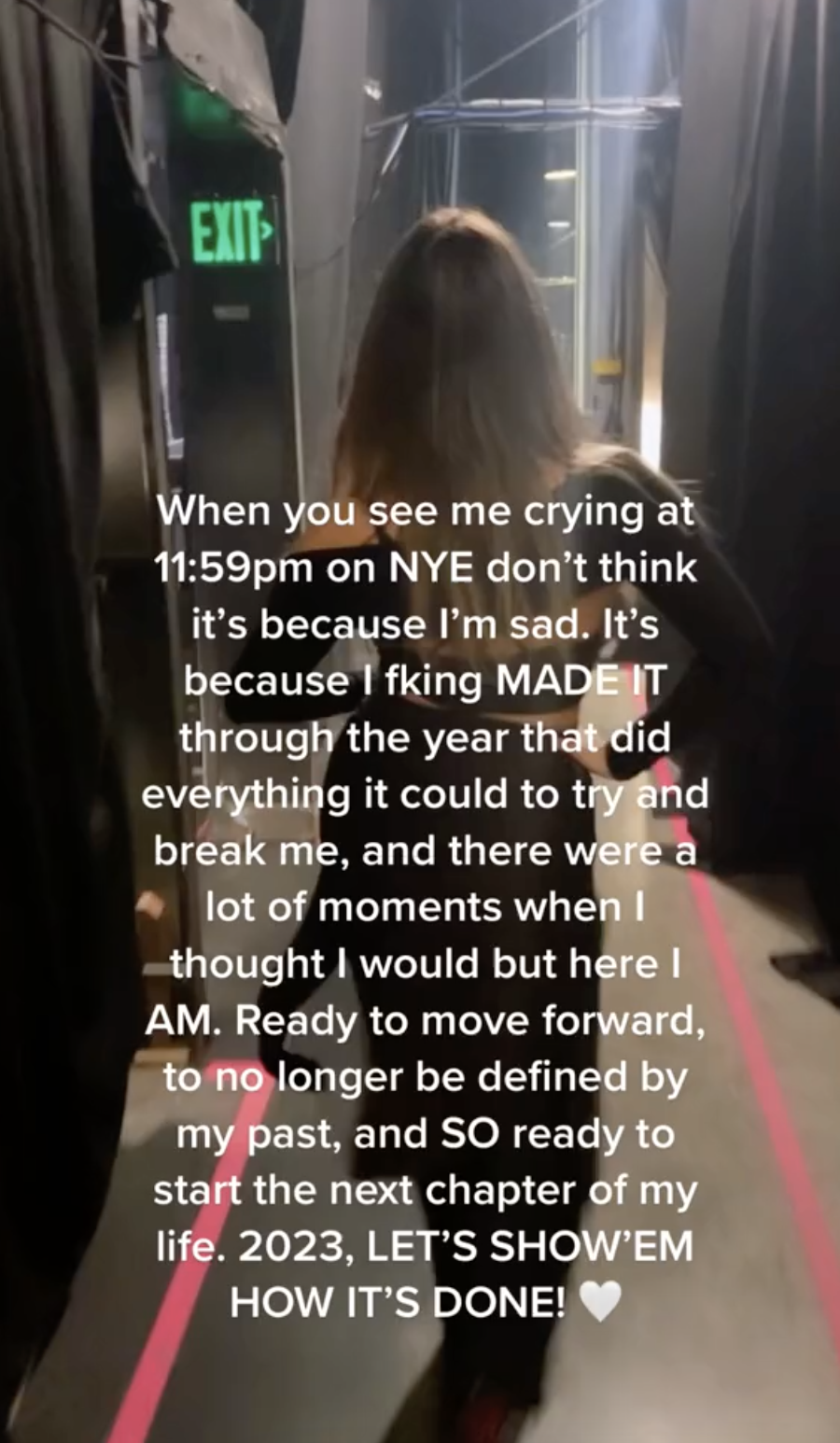 She added: “Ready to move forward, to no longer be defined by my past, and SO ready to start the next chapter of my life. 2023, LET’S SHOW’EM HOW IT’S DONE!”

The professional dancer kicked off the year by announcing that she and Lawrence, 42, had called it quits.

“I know I have always said I’m an open book with you guys, I do strive to be, and in writing this I’ve realized there really isn’t an easy way to announce that my marriage is ending,” she wrote via Instagram in February. “I hope you can understand that I will not be commenting any further at this time and am asking for understanding and privacy. Thank you all for all the kind words and support you’ve given me.”

That same month, Us Weekly confirmed that the California native filed for divorce from the actor after nearly three years of marriage. In court documents obtained by Us, Burke listed “irreconcilable differences” as the reason for the pair’s split.

The former Dancing With the Stars pro, who initially dated Lawrence from 2007 to 2008 before they rekindled their romance in 2017, later discussed her plans to get back out into the dating world.

“I need to believe and love myself enough to really know that I deserve a good guy,” she exclusively told Us in May. “This is just untraining my brain. I need to not be like, ‘Why do I attract certain men?’ Versus, like, ‘Why do certain men disgust me?’ It’s being proactive in trying to stay present and conscious and know my self-worth. And a lot of that is still in the works.”

In September, the podcast host’s divorce from Lawrence was finalized. However, Burke claimed the legal proceedings were still ongoing.

“But it is still not over because we have to go to trial [over our dog] — unless he all of a sudden calls it off — but that will happen in January,” she said on her “Burke in the Game” podcast in October. “I am still really hurt by the whole situation because that is my dog. Ysabella is my daughter; I am a dog mom. I couldn’t even imagine my life without her. I could just cry right now.”

The Brotherly Love alum, for his part, has remained tight-lipped on the end of his marriage.

Burke’s professional life has also made headlines in 2022. Late last month, Burke shocked her fans when she announced that she would be retiring from DWTS days before the season 31 finale.

Every ‘Dancing With the Stars’ Pro Who Has Left and Why

“I am sitting here full of so many conflicting emotions about the words I am about to write. Tomorrow night will officially be my final dance as a pro dancer on @dancingwiththestars. This has been one of the absolute hardest decisions of my life & I am also confident that it is the right one,” the choreographer detailed via Instagram in November. “This show has been my 2nd family since I was 21 years old. The cast, crew & fans have seen me through my highest highs & some of my lowest lows, & I honestly don’t know who I would be today without them.”

Burke noted that her departure from the Disney+ show was easier compared to her divorce, telling Page Six, “[It’s been] so hard. This is like another type of divorce, but an amicable one.”