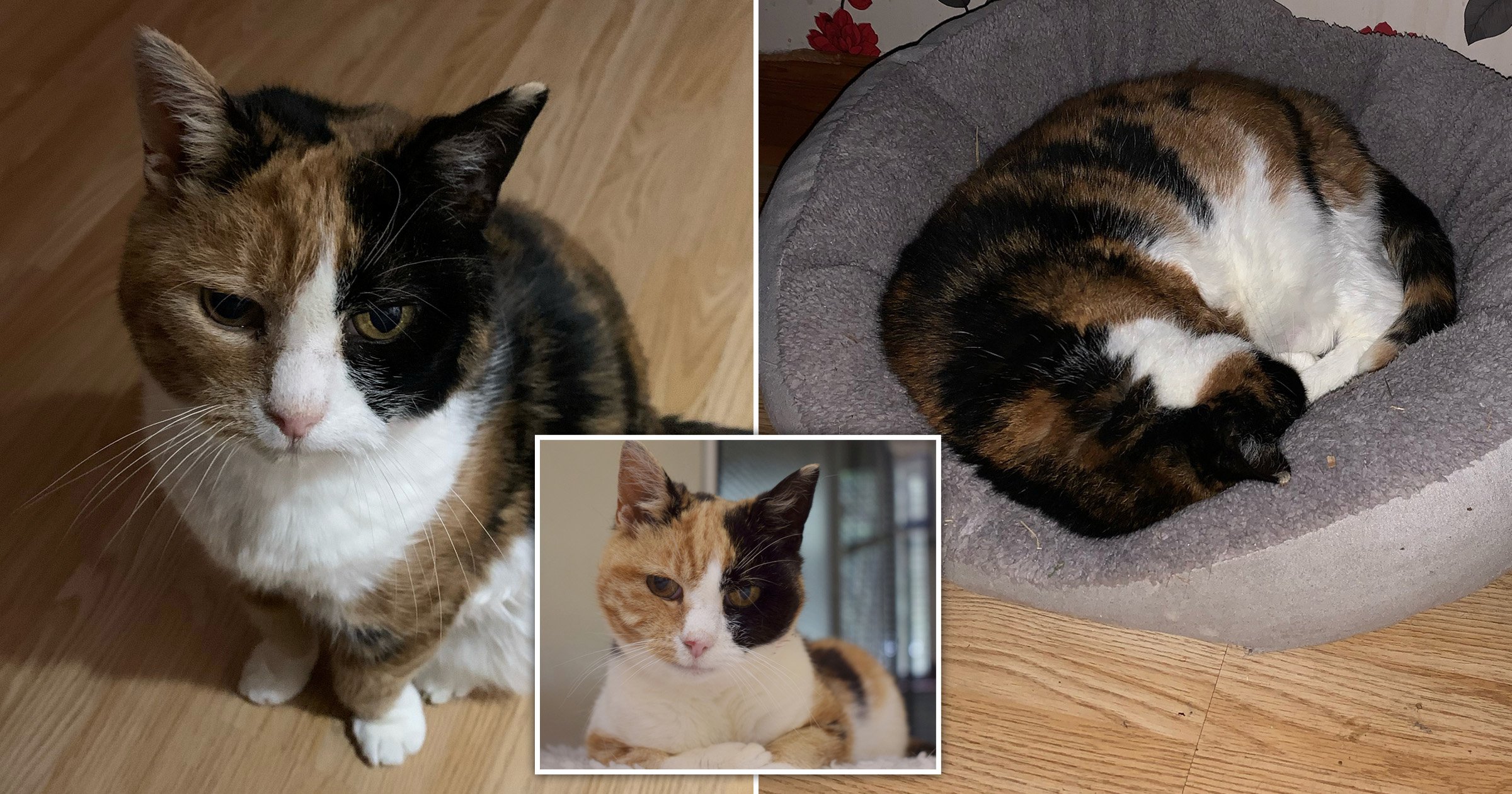 12 years ago Georgie the cat went on holiday with her owners, travelling from Rochdale, Greater Manchester to a campsite near Loch Lomond.

Sadly, just before they were due to travel home, she went missing.

Although they looked for her, they had to leave before they could be reunited.

Georgie instead found her way to the Queen Elizabeth Forest Park campsite where she was cared for by staff, regularly wandering into camper vans for food and comfort.

But when the campsite closed last year due to lockdown, there was no one to look after her and she was rescued by Cats Protection and taken to the Glasgow Adoption Centre.

When they scanned for a microchip, they found the details for previous owner Amy Davies who was delighted to learn Georgie had been found.

But a change in her personal circumstances meant Amy was unable to have Georgie back, and had to make the difficult decision to allow her to be adopted.

Georgie had a list of health problems including thyroid and dental issues which needed treatment, as well as arthritis.

But the feline has now found a loving home with cat lover Margaret Petrie, 55, who was looking for a new cat companion having lost her previous pet, Cheddar.

Mum-of-one Margaret said: ‘When I saw Georige they said she was looking for a retirement home and I thought it would be a good fit.

‘I was worried people might not want to rehome her given her age.

‘She’s had a hard life and doesn’t have any interest in being outside anymore, I think she’s had her fill of it now.’

She said: ‘When my cat Cheddar died I was really missing the company and my rabbit was quite depressed, missing him too.

‘Georgie injured her back living in the wild and it was left to heal itself so you can’t pick her up, but she loves having her head petted, and her ears scratched.

‘She’s very friendly and laid back, but can be stubborn as she’s used to fending for herself.

‘At the start she was a bit scared of the rabbit but they are fine now, and her being with us has cheered him up.

‘It’s much better now she’s found a home rather than being in the wild.

‘When I got her she was only about 2.8kg but she has got a wee tummy now and much be more than 4kg.’

Her previous family were heartbroken when she went missing on their family holiday just before they were due to come home but Amy was glad to hear she’d been looked after.

Amy said: ‘It was such a lovely surprise to hear that she was not only well but hadseemingly been having a great time meeting campers.

‘My instinct was to jump in the car and collect Georgie straight away but we have another nine-year-old cat now.

‘It’s really sad that after all this time we won’t be reunited, but I have to do what’s best for Georgie.’

Glasgow Adoption Centre manager Andy Currie said: ‘We are delighted Georgie has found a home where she will be able to live a quiet, stress-free life after so many years living the life of a stray.

‘We wish them all the best for the future.’