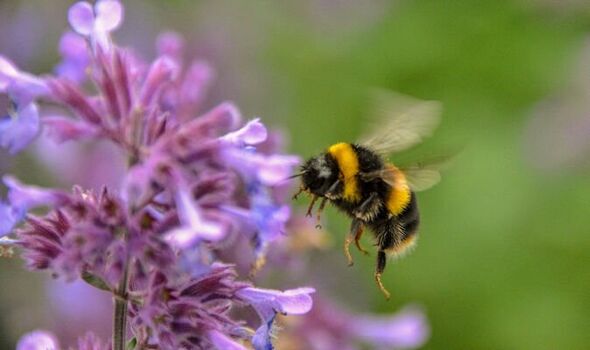 Looking after or even restoring areas where they thrive is key to the conservation of the UK’s 24 species of the insects, of which one third are endangered. But efforts need to be carefully tailored to particular species, claim experts. The research established arable areas – suitable for growing crops – were important for rare species, such as the garden bumblebee.

Areas of semi-natural land, such as moorland, were important for a number of species, not least the moss and brown-banded carder bees plus the bilberry bumblebee.

Queens and males of several species were found to be particularly associated with scrubs, bracken and herbs, suggesting these are suitable for nesting.

Worker bees were more commonly associated with hedges and lanes, pointing to these being strong for providing food.

Richard Comont, from the Bumblebee Conservation Trust, said: “Bees need areas with lots of flowers available from March to September and October.

“They lose this vital resource when habitats are lost entirely because they are either built on or changed into other environments or degraded by pesticide use.”

Study lead Dr Penelope Whitehorn, from the Karlsruhe Institute of Technology in Germany, said: “Reversing the loss of semi-natural areas, such as wetlands, may be the single most effective action for bumblebee conservation.”

Data for the report – by the Bumblebee Conservation Trust, Karlsruhe Institute of Technology and the University of Edinburgh – was provided by a long-standing citizen science project.

This involves more than 500 volunteers carrying out monthly monitoring. Dr Whitehorn added: “Our study highlights the value of citizen sciences.”

The findings are published in the British Ecological Society’s Journal of Applied Ecology.