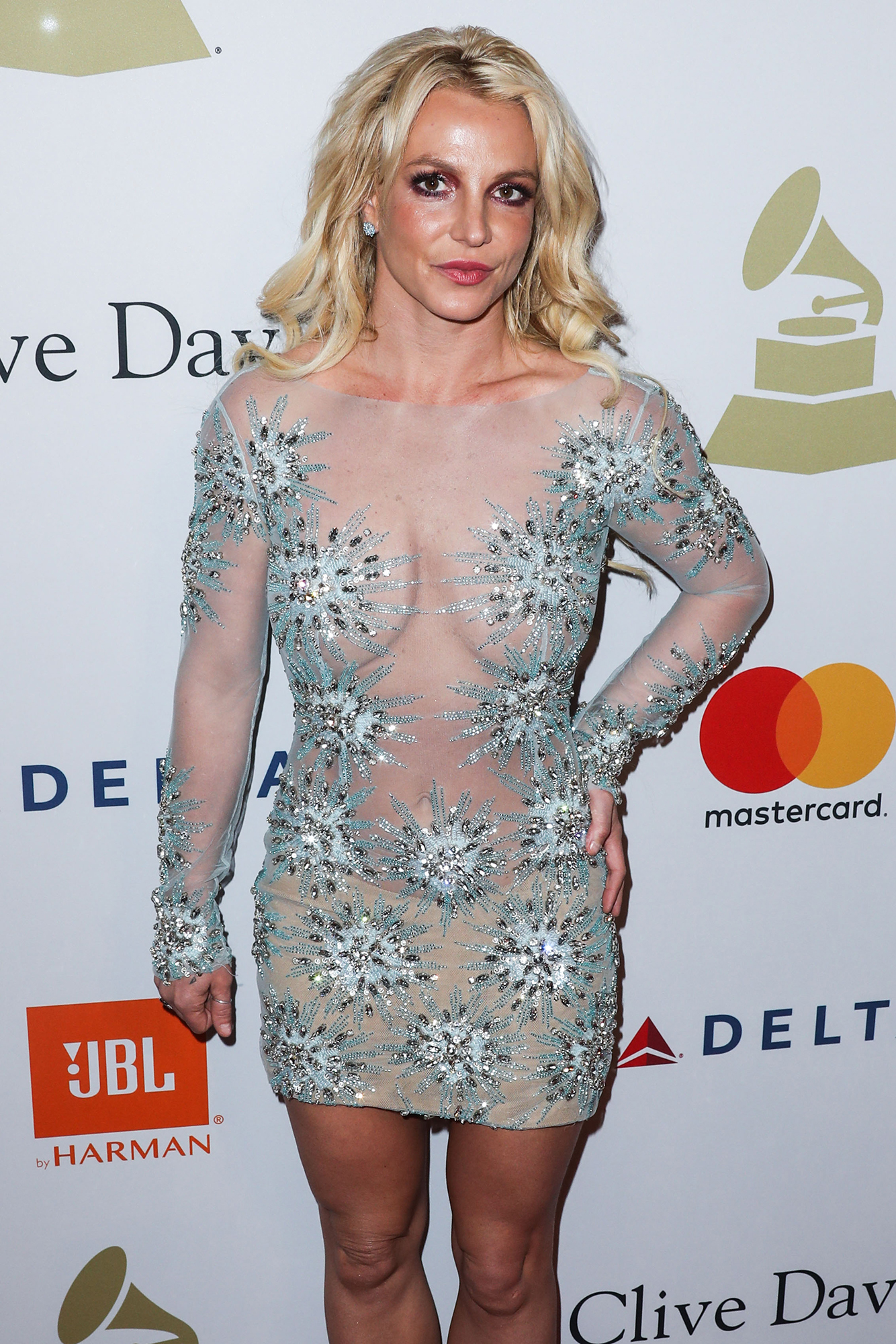 Britney Spears suffered a miscarriage, she and fiancé Sam Asghari announced on Saturday, May 14.

Sam Asghari’s Quotes About Having Kids With Fiancee Britney Spears

“It is with out deepest sadness we have to announce that we have lost our miracle baby early in the pregnancy,” an image shared via Instagram on both of their profiles read. “This is a devastating time for any parent.”

The joint statement continued, noting the singer, 40, and the actor, 28, announced the pregnancy shortly after discovering that they were expecting: “Perhaps we should have waited to announce until we were further along however we were overly excited to share the good news. Our love for each other is our strength. We will continue trying to expand our beautiful family. We are grateful for all of your support. We kindly ask for privacy during this difficult moment.” 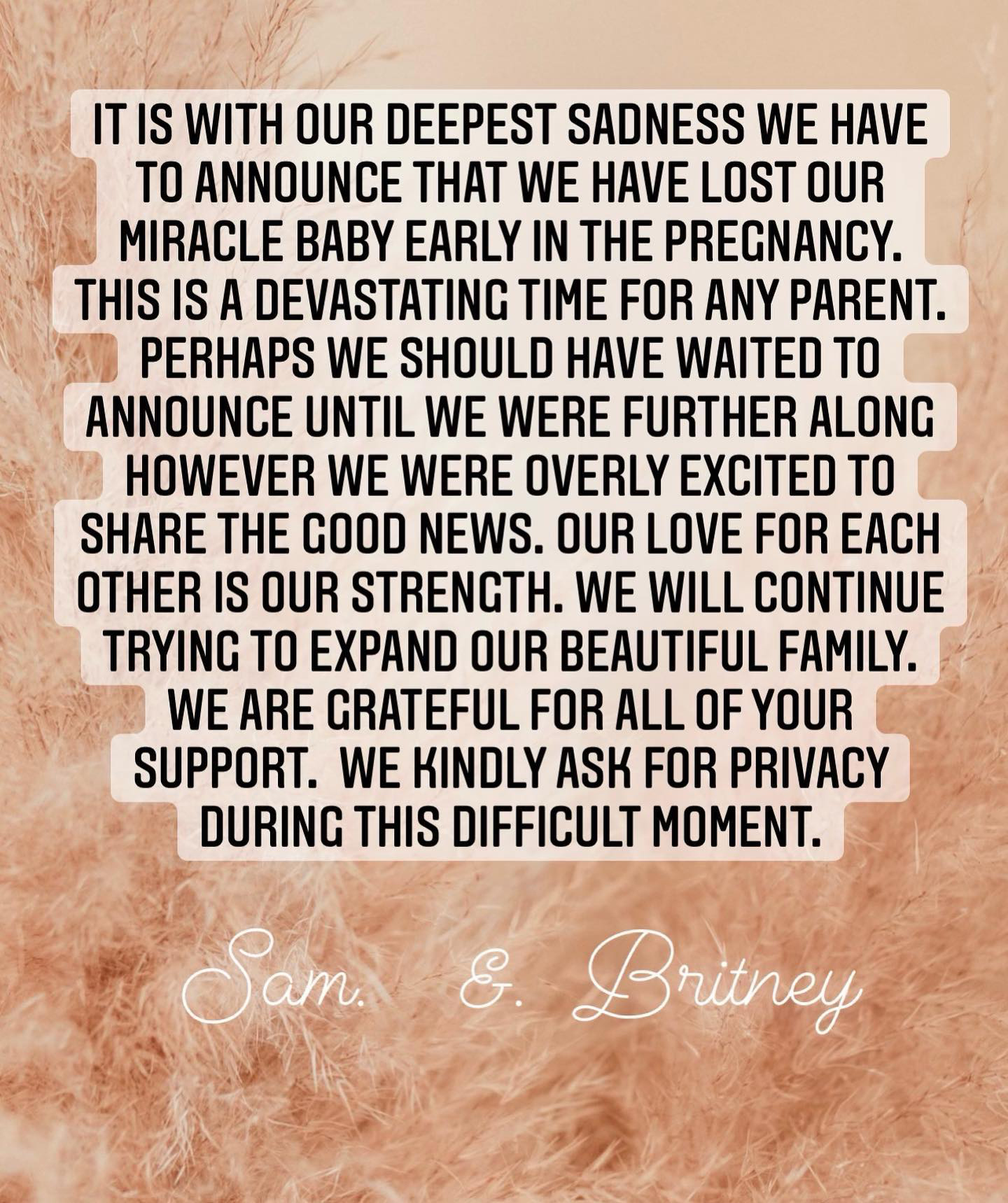 The image of the note was captioned, “We are grateful for what we have in the process of expanding our beautiful family 💝 Thank you for your support.”

Spears announced she was expecting her third child last month. “I lost so much weight to go on my Maui trip only to gain it back 🤷🏼‍♀️🤷🏼‍♀️🤷🏼‍♀️ … I thought ‘Geez … what happened to my stomach ???’ My husband said ‘No you’re food pregnant silly 🤪 !!!’ So I got a pregnancy test … and uhhhhh well … I am having a baby 👶🏼,” the Crossroads star explained in an April 11 Instagram post.

The “Stronger” songstress is mom to sons Sean Preston, 16, and Jayden, 15, who she shares with ex-husband Kevin Federline. This would have been Asghari’s first child.

“Marriage and kids are a natural part of a strong relationship filled with love and respect,” the 28-year-old wrote via social media after his fiancée announced her pregnancy. “Fatherhood is something i have always looked forward to and i don’t take lightly. It is the most important job i will ever do🙏.”

The pair started dating in 2016 after meeting on the set of her “Slumber Party” music video. They got engaged in September 2021, two months before Spears’ conservatorship was officially terminated.