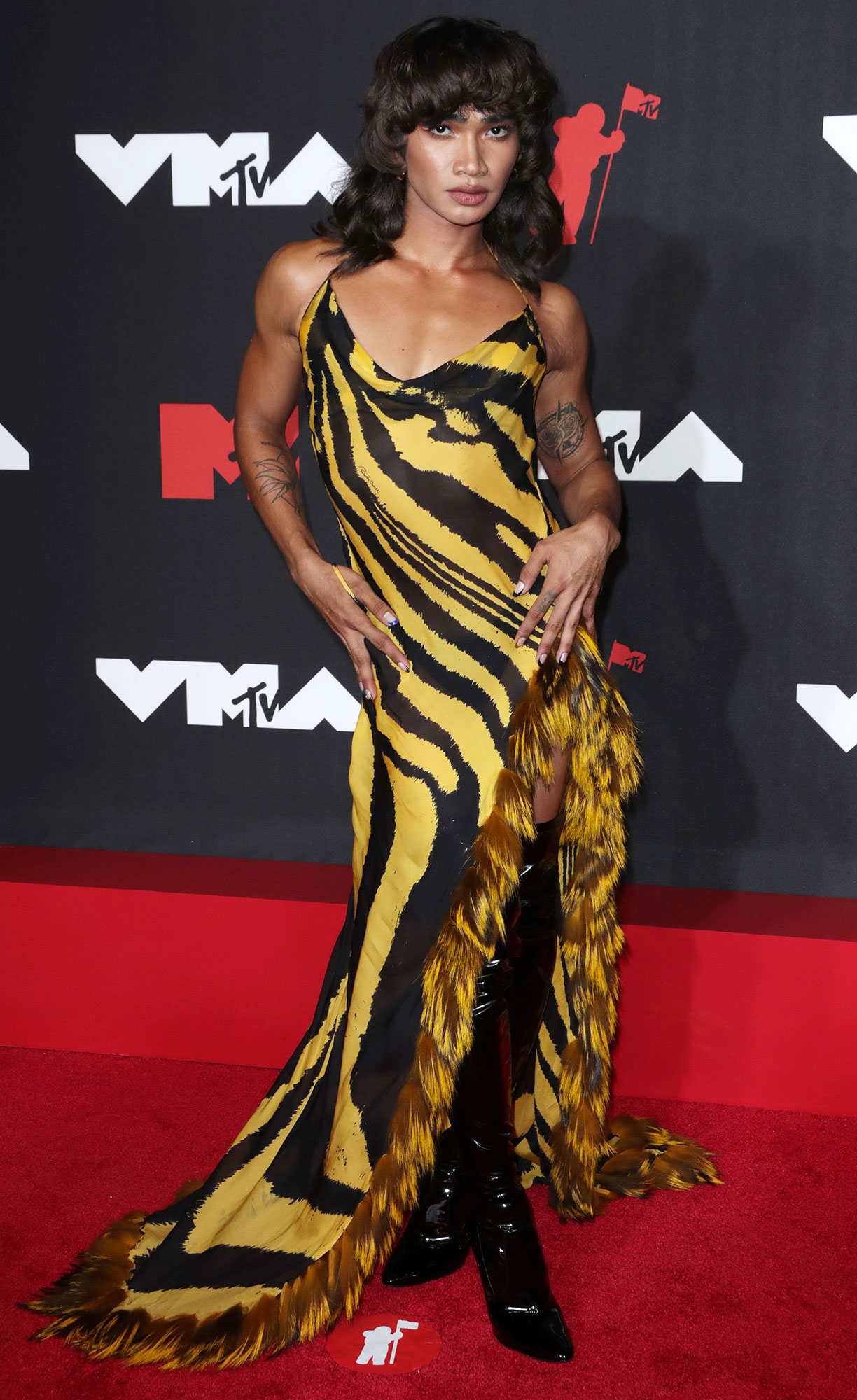 Making history! Bretman Rock may be best know for his beauty skills and viral TikTok videos, but he just added another notch to his resume. The 23-year-old influencer has officially made history as the first openly gay male to star on the cover of Playboy.

For the digital issue, Rock wore the iconic bunny suit — with the ears, bustier and neck tie to boot. In some images, he even kicked the bodice to the side in an effort to show off his six pack.

Being the makeup guru that he is, the Fillipino-born artist had to play up his glam for the boundary breaking photo shoot. In a secondary set of images, he donned a rhinestone wig, subtle shimmer on his eyelids and a blinged-out pout that is bound to be on Pinterest boards everywhere in five seconds flat.

“Just for Playboy to have a male on the cover is a huge deal for the LGBT community, for my brown people community, it’s surreal,” Rock said in a quote shared on Playboy’s Twitter. “Like ‘is this even f—king happening right now? type of vibe. And I’m so pretty. So yea, everything happens for a reason and it proves that I’m a big ass witch. Weird flex but okay.”

Every Former Playmate Who’s Spoken Out Against Hugh Hefner

The influencer also took to Instagram on Monday, October 4, following the global shutdown, to share some images from the photo shoot. “Da Baddest Bunny posting to piss off more straight men, if you’re pissed bc I turn you on then — say that geez,” he captioned the set of photos.

Fans quickly took to the comments section to hype up the star. “You are so sickening it’s annoying,” makeup artist Ariel Tejada, who frequently works with Kylie Jenner, wrote. Another fan said, “Given me Ariana Grande vibes,” while someone else chimed in: “DAS RIGHT BITCH. LEO ENERGY. GIVE IT TO EM.”

Rock isn’t the first man to grace the magazine. Hugh Heffner and Bad Bunny have starred on the publication’s cover solo, while stars like Steve Martin, Paul Rudd and Burt Reynolds have been also been featured. That in mind, Rock is the first openly gay cover star.

While most of the comments about the photo shoot have been “great,” Playboy spoke out on Twitter stating that there have been “far too many offensive ones as well.”

“These are the same kind of comments Playboy received when we put Darine Stern, an African American woman, on the cover in 1971, when we featured transgender model Tula Cossey in 1991 and when we found for abortion rights before Roe v. Wade and cannabis law reform in the 1970s,” the publication wrote.

They continued: “Standing for freedom and equality is in the DNA of this brand. Today, Playboy is much more than a magazine. Our digital covers are creative snapshots that drive and reflect the current dialogue around pleasure, sexuality, equality and culture. If a gay man feels sexy in a bunny costume, an iconic symbol of sexiness, why shouldn’t he be able to wear it proudly? Serving as a platform for representation and freedom of expression is and will always be what Playboy stand for.”