If Twilight has shown up in your life more than normal recently, it’s probably because of Stephenie Meyer’s newest book, Midnight Sun. It’s a companion novel to Twilight and from Edward Cullen’s point of view. It’s a book that’s literally 12 years in the making, and one that die-hard fans have been waiting for.

Even though it’s a retelling of the book, it also gives a brand new perspective on Bella Swan and Edward Cullen’s love story. And with that, there are several new scenes, including one that Twilight mentioned, but skimmed over. [Spoiler alert: Spoilers ahead for Midnight Sun]. 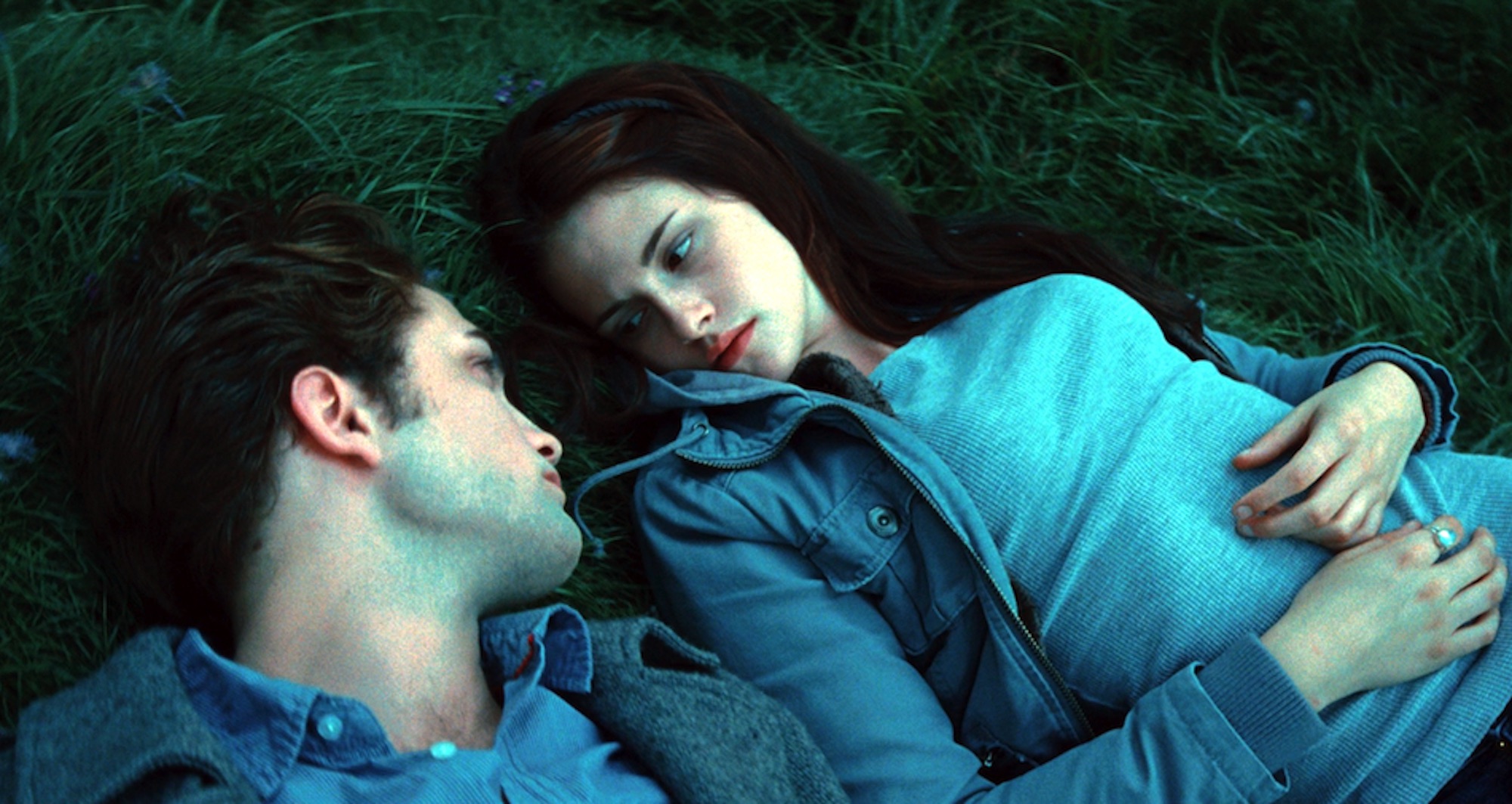 As stated above, Midnight Sun was just released but was originally leaked back in 2008. So not only have fans known it’s existed for that long but it’s also something Meyer’s been holding onto.

Again, it’s all from Edward’s point of view. So fans get to read what he thought the first time he saw Bella in the Forks cafeteria and couldn’t read her mind. Or how he got himself through that first biology class when he nearly killed her. Fans also can read how Edward fled to Alaska for two weeks to try and come to terms with what Bella’s presence meant for him. And why he was so drawn to her already, that he came back to Forks.

It is quite interesting, getting to hear how his mind-reading works (sort of) or read his tortured thoughts about his growing love for Bella. It’s kind of funny to also piece through his naivete about it all, when he doesn’t even know what these new feelings are, like love or jealousy.

As stated above, there are new scenes or at least new information that readers are consuming with nearly every chapter. Readers of Twilight will get more answers to why Edward asked certain things or acted in a specific way. And in one scene, Edward is grilling Bella with tons of questions about her favorite things.

TFW you see #MidnightSun out in the wild… finally!

This scene is something that’s in Twilight, but Bella only recalls her answer about her favorite color. Everything else, from her music taste to favorite movies and places, are all new information.

For example, Edward asks her what the last CD in her CD player was (this is 2005, after all). Twihards know it’s Linkin Park because Meyer’s disclosed this before. But here you get to read it: Hybrid Theory. But Bella also tells Edward she’s not much of a music person, and only knows what her mom has played for her like Debussy and Simon & Garfunkel.

Getting into her favorite movies, she of course lists Pride and Prejudice, the 6-hour Colin Firth one. There’s also Vertigo, Monty Python and the Holy Grail. She then lists Beauty and the Beast and Star Wars: The Empire Strikes Back. She thinks that the last one is a basic answer since it’s “everyone’s favorite,” but Edward assures her that it’s “for good reason.”

Bella’s favorite scent is lavender and clean laundry. She also really wanted to go to Prince Edward Island and New York City to see a “vertical” city. And to hail a cab.

Her literary tastes are unsurprising and read like a high school reading list. She enjoys Little Women and everything by Jane Austen except Emma. For Bella, Jane Eyre is her “idea of a heroine.”

She’ll read anything by the Brontë sisters, which fans already knew because Wuthering Heights is a massive obsession of Bella’s. She uses the book as a way to prove to Edward that he does have a soul. Her reasoning was that if someone can love, they can’t fully be a monster and therefore must have a soul, pointing to Heathcliff. That didn’t go over too well with Edward.

But, of course, Edward gets over the “damned for all eternity” bit of being a vampire eventually. However, his self-loathing and intense inner monologue is a reason why fans aren’t going to get another book from his perspective.

“I have no immediate plans, but if I ever come back to the world of the Cullens, it will be through Renesmee’s perspective [the child of Bella and Edward],” Meyer told The Daily Telegraph about more Twilight novels. “I won’t rewrite any more books from Edward’s point of view. He makes me too anxious.”

Even though that’s a bummer for fans, she is planning more books in the world of the Cullens and werewolves.

“So, the stories are there,” Meyer said during a live Midnight Sun video event. “There are two more books, I think, in the world that I want to write. I’ve got them outlined, and I think a chapter written of the first one. And so I know what’s there.”

Regardless of what happens with the series going forward, now fans can rest assured that Bella loved the “No, I am your father” scene just as much as everyone else.