Serena van der Woodsen is still an “It” girl.

Blake Lively broke down some of her most famous looks in a video for Vogue, and explained how her Met Gala 2022 gown included a special tie to her “Gossip Girl” character.

The gala co-host explained that her gorgeous Atelier Versace gown paid tribute to New York City architecture, with the lines an “homage” to the Empire State Building, the draping on the side a “tip of the hat” to the Statue of Liberty and the back of the dress showcasing the constellation ceiling of Grand Central Station.

But the latter detail held a deeper meaning for the actress.

“I think Versace thought I was crazy when I called them and pitched this,” she laughed, explaining the thought behind the transformative dress, which started as a copper color and then appeared to oxidize to a greenish hue as she ascended the Met steps.

“Rather than looking at fashion from the Gilded Age, I wanted to look at architecture,” she said, referring to the night’s dressing prompt of “gilded glamour.”

“Instead of me performing, I wanted the dress to perform.” 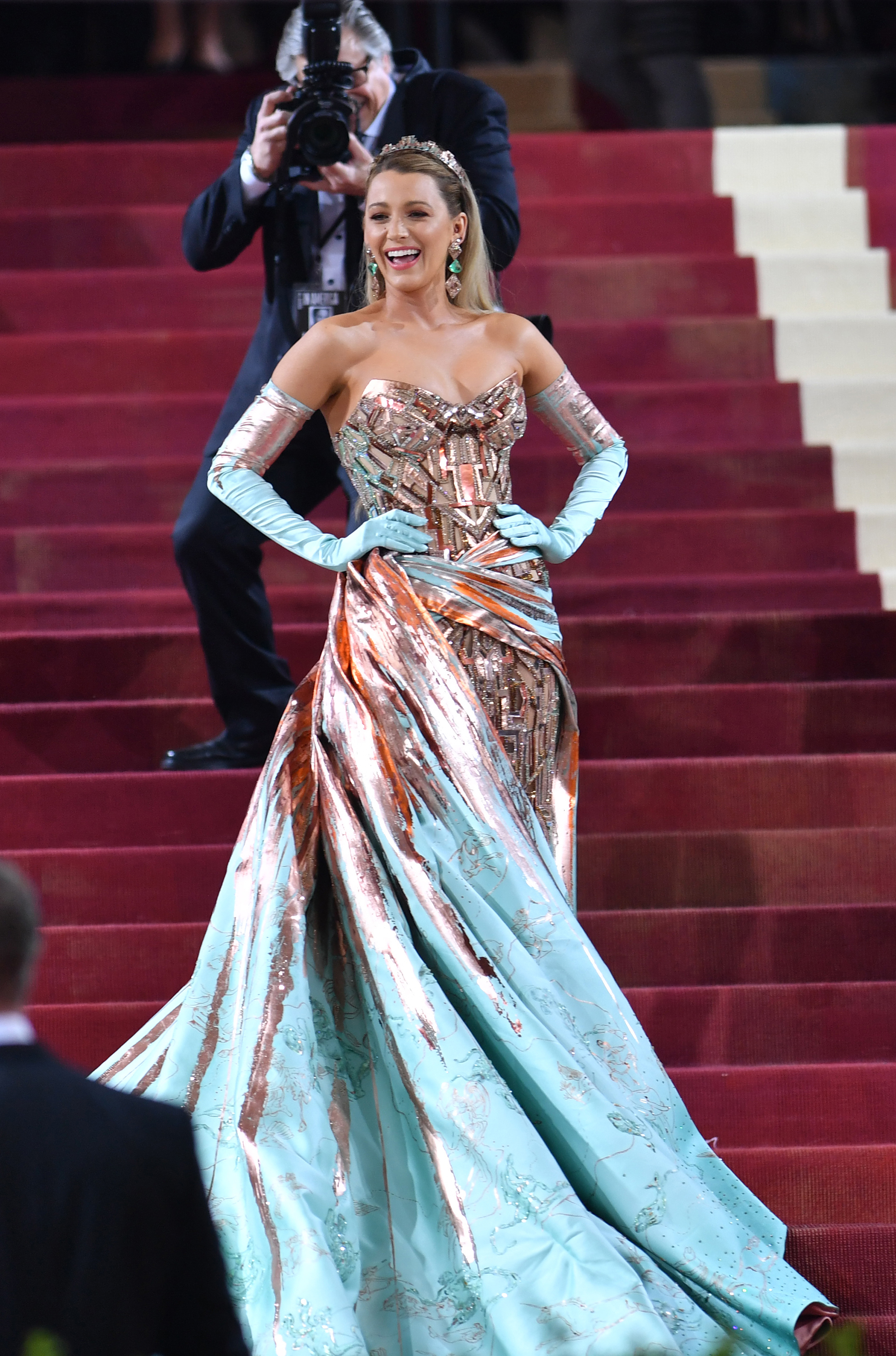 Lively, 34, also talked about her fashion hits and misses over the years and revealed she “made a habit of trying to keep a piece of my wardrobe” on each of her acting projects. 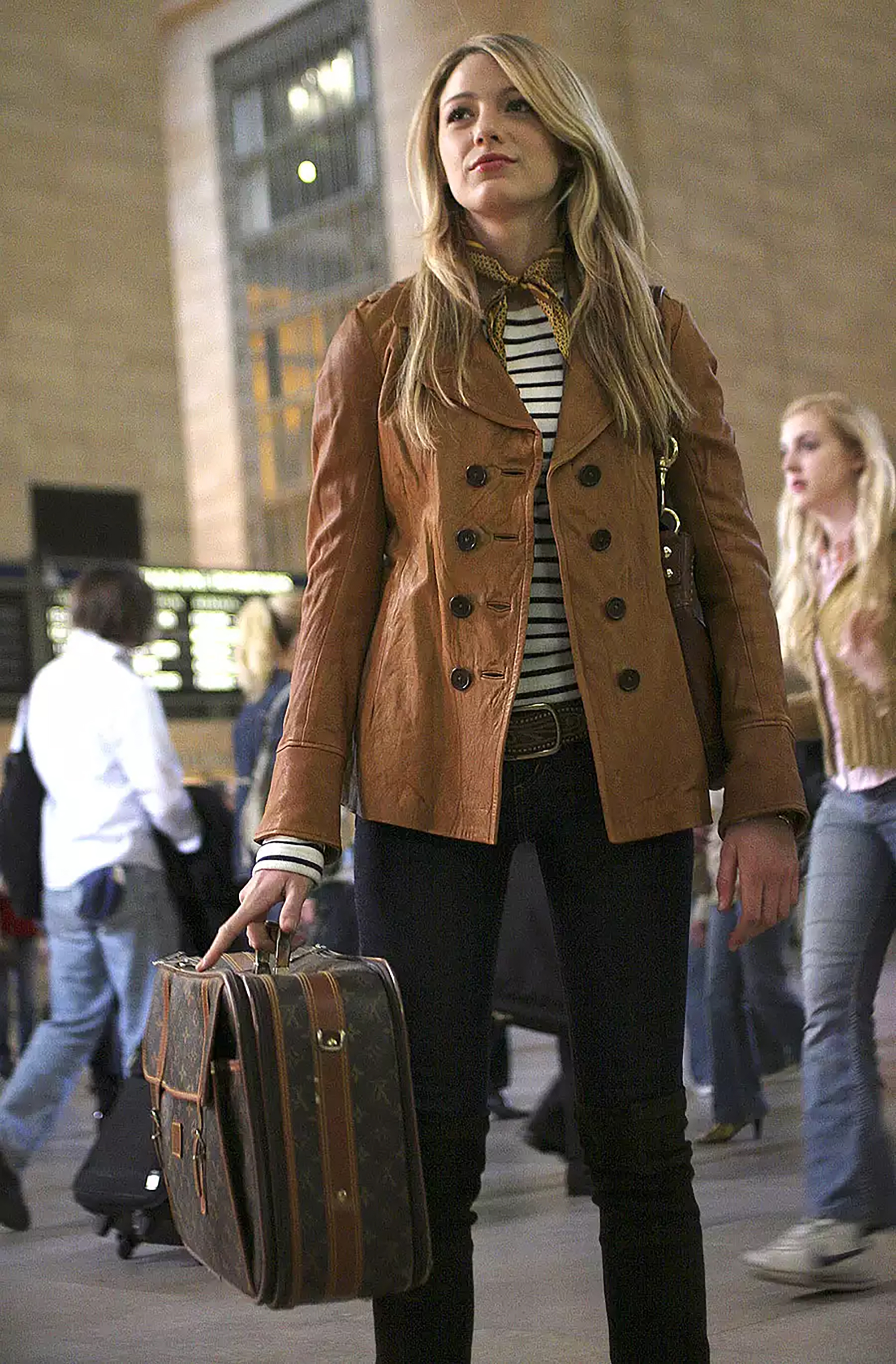 She touched on her first red carpet in 2005, when only two of her “Sisterhood of the Traveling Pants” co-stars were invited to the Nickelodeon Kids’ Choice Awards “because we weren’t a big enough deal to make the guest list.”

She quipped, “They probably regret that now. I bet I’m going to make the guest list this year.” 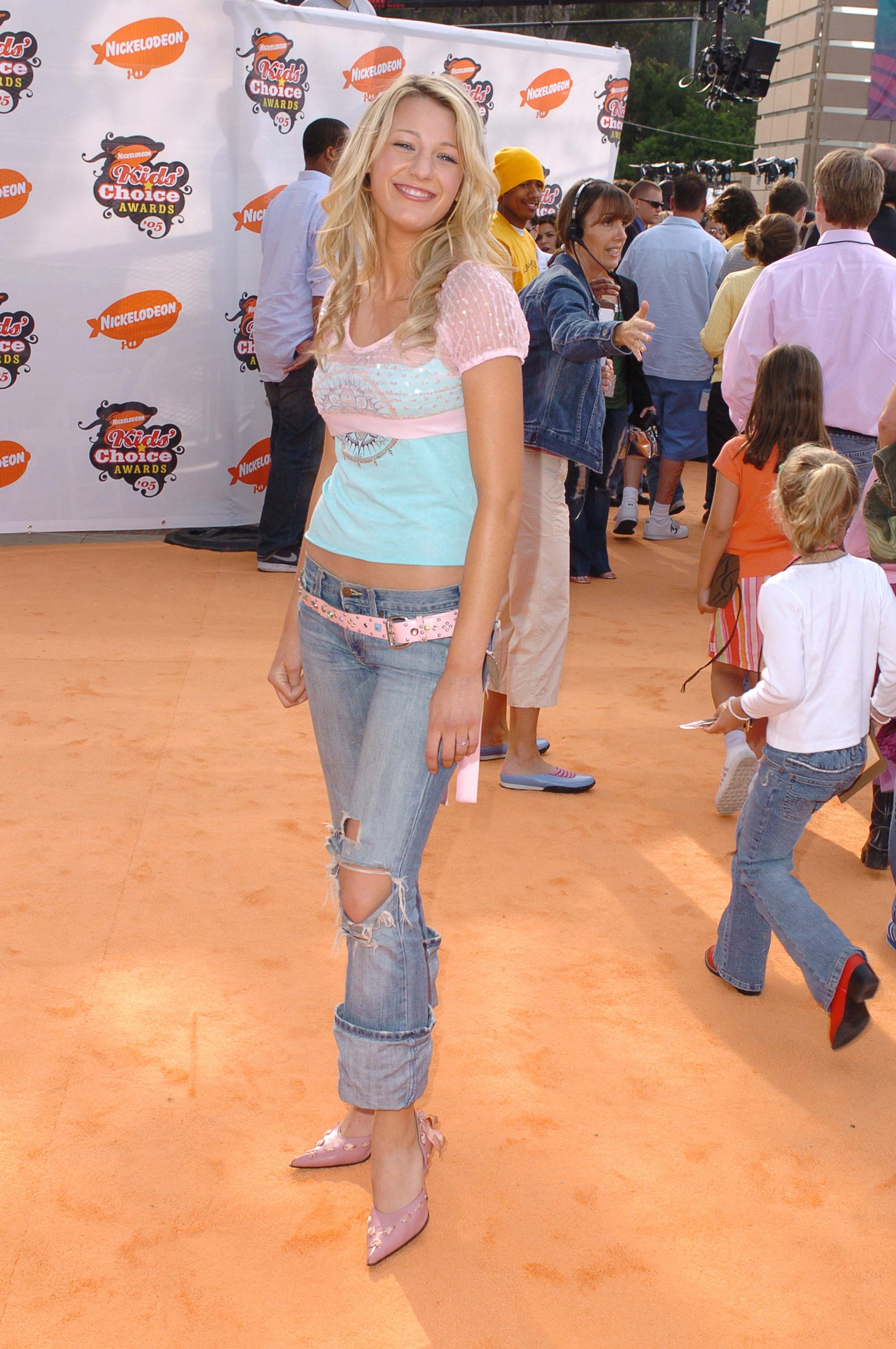 For her debut red carpet, she wore a teal shirt from Forever 21, low-rise Abercrombie jeans and a Hot Topic belt.

“To this day, I don’t see how horrifying this look is,” she said.

Lively also admitted, “I don’t work with a stylist, I never have.” 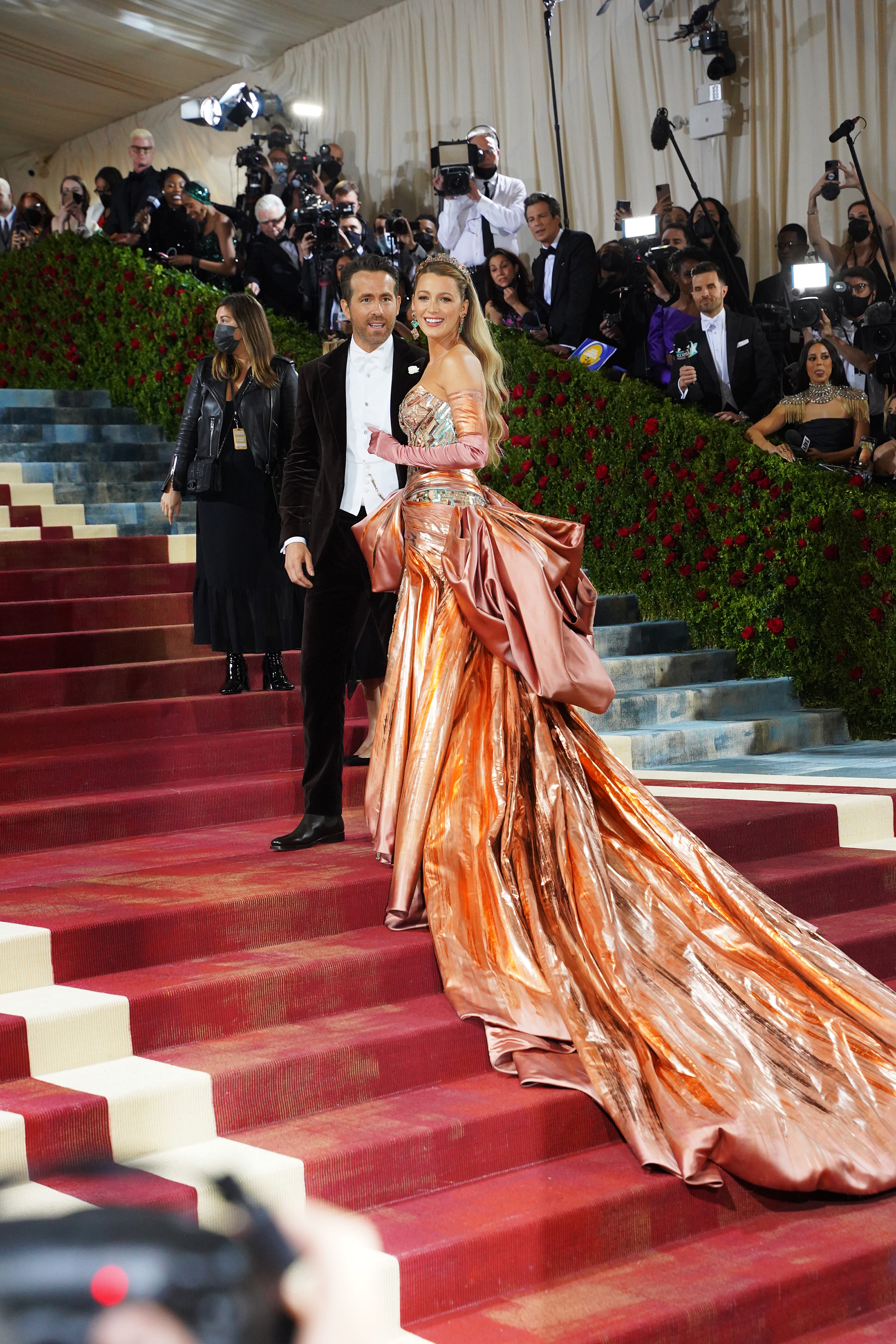 Despite not having a stylist, she always dresses in a manner worthy of a “Gossip Girl” blast — whether she’s sitting on the Met steps or strutting up them.