‘He’s the greatest’: Princess Beatrice tweets for the first time in a YEAR to praise Mike Tindall after he is booted out of I’m a Celebrity

Princess Beatrice has broken her year-long Twitter silence to praise her cousin’s husband Mike Tindall after he became the latest celebrity to leave the Australian jungle.

As the ex-rugby player, 44, who is married to Princess Anne’s daughter Zara, 41, came fourth in this year’s series of I’m a Celebrity… Get Me Out of Here! viewers took to Twitter to praise the gentle-natured contestant who had become a paternal figure in the camp.

And 34-year-old Beatrice appeared to be one of his biggest fans as she tweeted for the first time since the birth of her daughter Sienna in October 2021 to express her affection for him.

She wrote: ‘He is just the greatest @MikeTindall13.’ 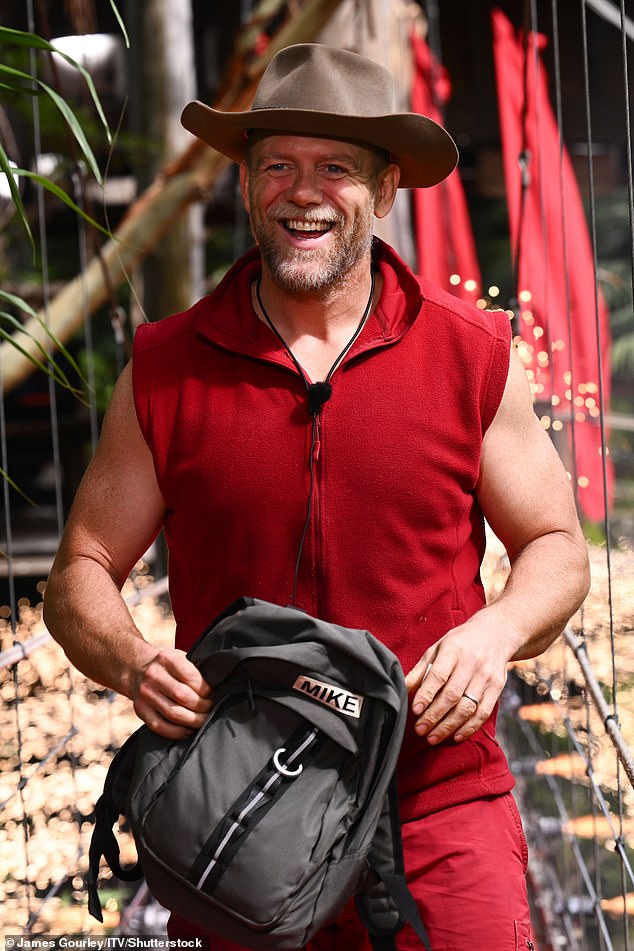 Mike Tindall, 44 (pictured), has become the latest celebrity to be booted out of the jungle in I’m a Celebrity… Get Me Out of Here! and Princess Beatrice has led tributes to him

Other royal fans, and fans of the reality show hosted by Ant and Dec, were quick to echo the Princess’s sentiments, praising father-of-three Mike for being ‘a great guy’.

One fan wrote: ‘Mike really does seem to be a great guy. Both he and your cousin Zara are extremely lucky to have found each other.

‘They feel really genuine and down to earth… you are blessed to have each other as family.’

As viewers flocked to praise Mike, they also expressed disappointment that he had not made the final three.

One viewer told Beatrice: ‘Shocked that Mike didn’t at least make the final three. Either Mike or Jill would have been my winner from day one.

Princess Beatrice, 34 (pictured leaving Annabel’s this week) broke a year-long Twitter hiatus to praise her cousin’s husband as ‘the greatest’ 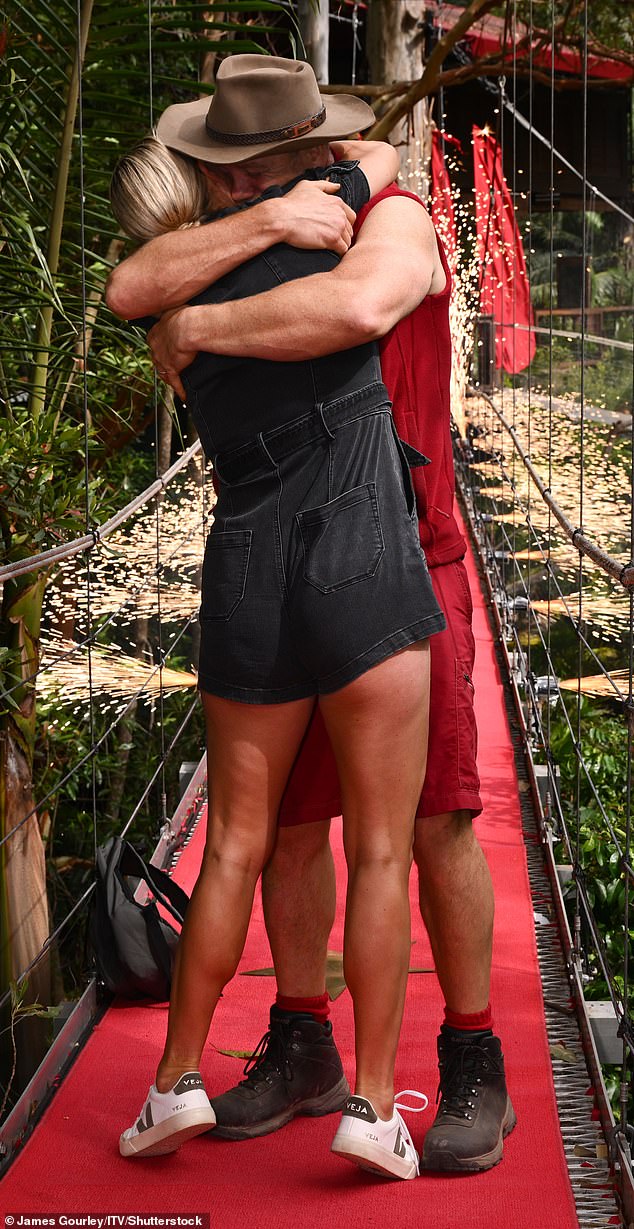 After Princess Beatrice praised Mike following his jungle exit, other viewers took to Twitter to express their affection for the ex-rugby player

‘He’s always been such a lovely guy. You’re lucky to have him as part of your family.’

Another said: ‘He really is a top guy, disappointed really thought he would win, anyway he can now spend a lovely time with Zara.’

When the Queen passed away in September, Mike was included in the funeral proceedings and walked alongside Zara behind Her late Majesty’s coffin at Westminster Abbey.

Later, he shared his sadness at the Queen’s death on his podcast, The Good, The Bad and The Rugby.

He said: ‘It’s been sad, emotional but happy. In some ways amazing. To see the family come so close together overnight.

‘You never predict it. A 96-year-old lady, you know it’s going to happen but you’re never ready for when it does.

‘Watching what Zara had to go through, obviously she loved the Queen beyond everything else. Their connection with horses, they had a real bond around that.

‘It’s like the world has lost its grandmother in some way.’

As the rugby ace walked along the ‘red carpet’ bridge to fireworks and cameras, he was reunited with Zara in an emotional moment as the couple hugged each other tight.