Victoria Beckham gifted her Instagram audience with a cheeky photo of her husband, David Beckham, relaxing in their pool on Sunday, September 6.

David and Victoria Beckham: A Timeline of Their Relationship

“Happy Sunday, you’re welcome!” the former Spice Girls member, 47, captioned the social media upload of the athlete, 46, floating with his swim trunks pulled down to show his bare butt. “[Photo by] me!!” 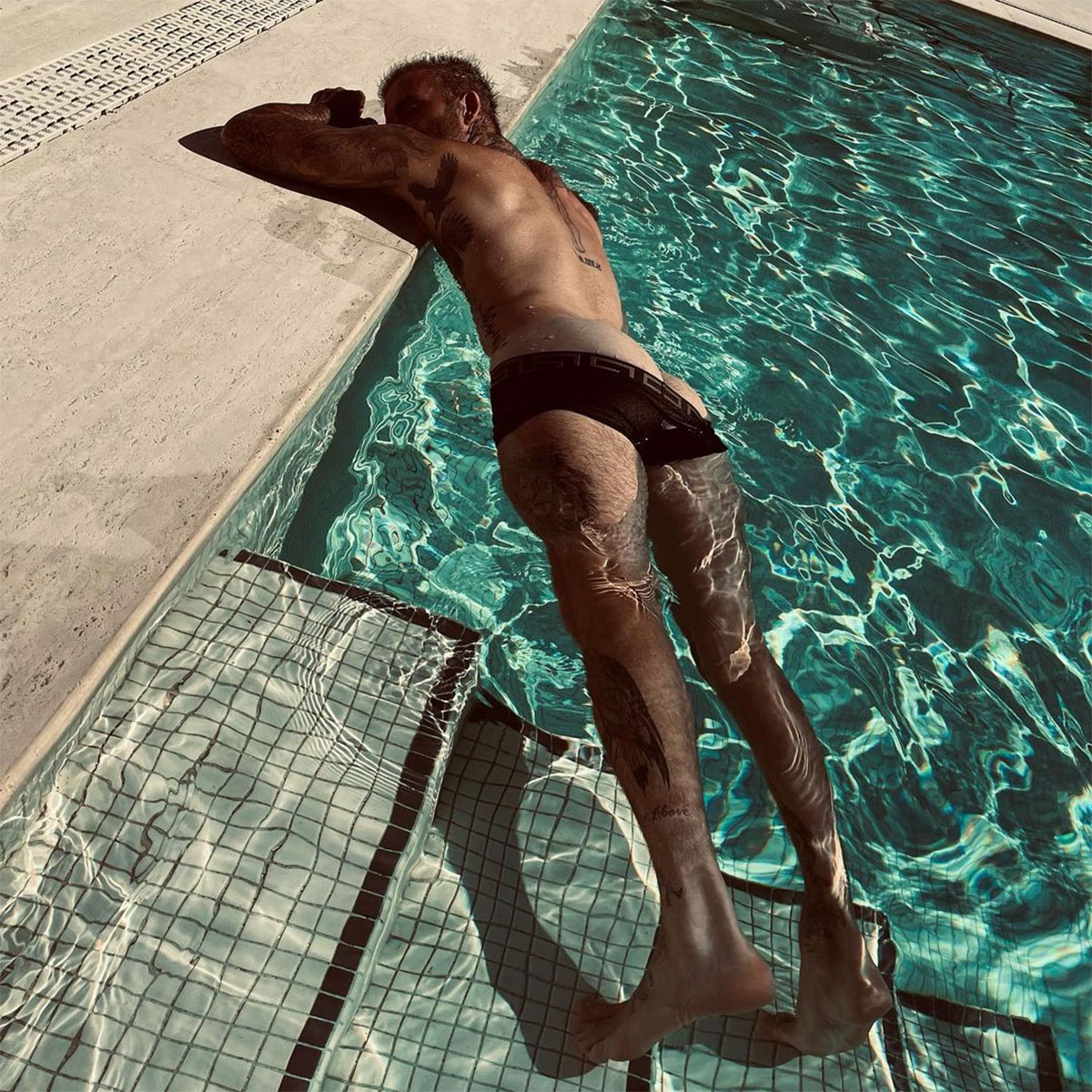 The fashion designer’s followers praised the picture in the comments. “This is the most incredible act of generosity I’ve ever witnessed,” one Instagram user wrote, while another added, “Who zoomed in?”

Victoria has been married to the former professional soccer player since July 1999, and they share four children — Brooklyn, 22, Romeo, 19, Cruz, 16, and Harper, 10.

In July, the England natives celebrated their 22nd anniversary. “Twenty-two years later, still matching outfits,” David captioned his Instagram tribute at the time. “Happy anniversary love u so much and thank you for giving me our amazing kids so we can all wear the same [things].”

Victoria gushed in a post of her own: “I love you, David. Happy Anniversary.”

“To have been married for the amount of time that we have, it’s always hard work,” David explained at the time. “It becomes a little more complicated.”

The previous year, the businessman opened up to BBC Radio 4’s Desert Island Discs about their “strong family unit,” saying, “We’ve got strong parents. We were brought up with the right values. Of course you make mistakes over the years, and we all know marriage is difficult at times. It’s about working through it. We know each other better than anybody. People have talked about, ‘Do we stay together because it’s a brand?’ Of course not. We stay together because we love each other, because we have four amazing children.”