Lily James Is Updating Old Hollywood Style One Appearance at a Time: See Her Best Looks

The actress, 33, who has been rocking dark locks for the past few months, unveiled her jaw-dropping makeover via a series of Instagram Story photos and videos on Wednesday, July 27. In the snaps, James looks like a brand new woman as she shows off the big change, which featured natural dark roots, voluminous curls and sexy bangs.

Celebrity hairstylist John MacPherson, who is responsible for the new ‘do, also showed off the look on his own Instagram account. “Brunette to blonde for @LilyJamesOfficial,” he captioned a slideshow of snaps of the movie star at his salon. The beauty guru concluded the carousel with a photo of James before the transformation, smiling widely with darker hair. 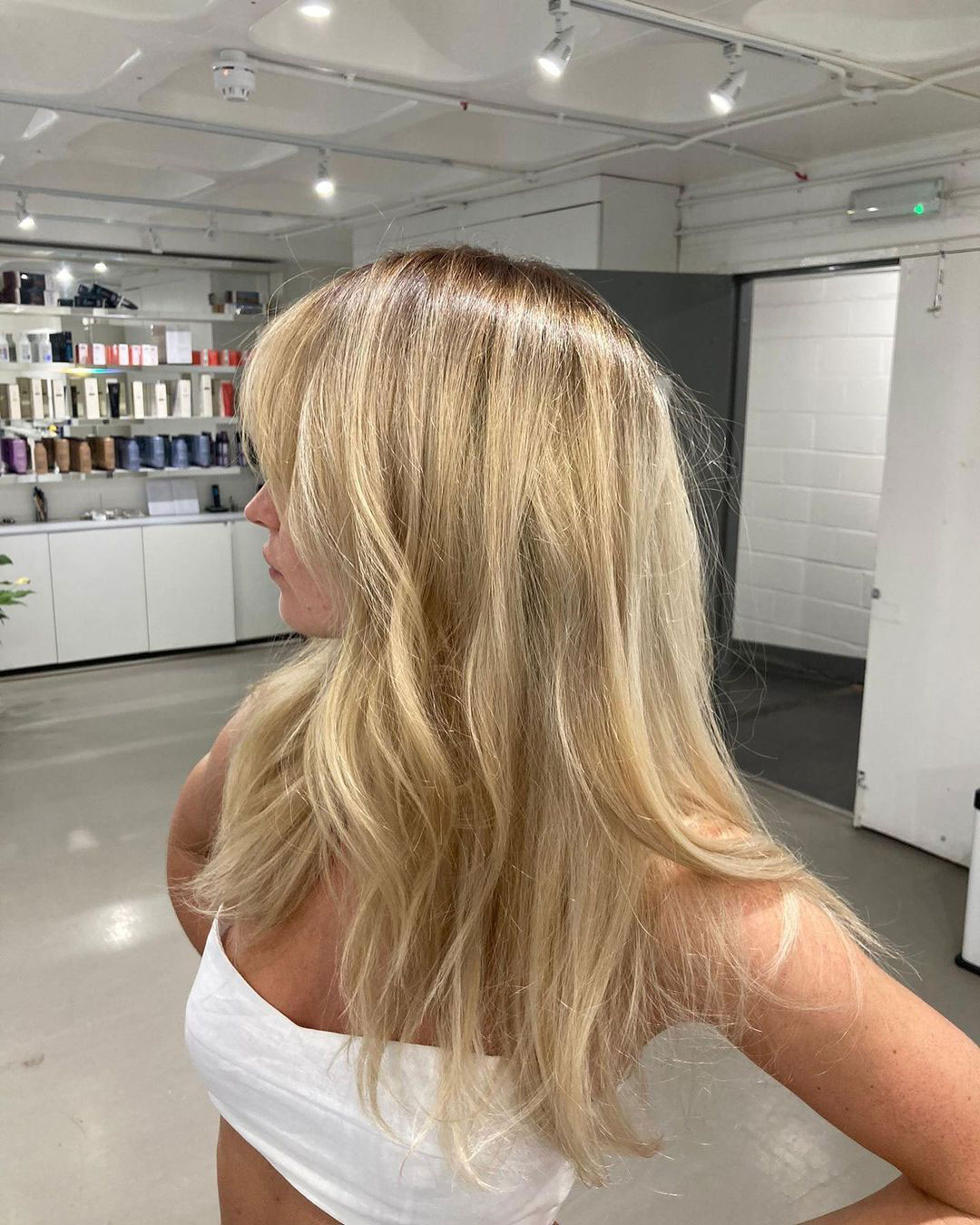 While the England native didn’t reveal a reason behind the change, we have a feeling it’s thanks to Pamela Anderson. As fans know, James spent quite some time as a blonde to play Anderson, 55, in Hulu’s Pam & Tommy — a role James said was a “huge responsibility.”

“It’s always such a huge responsibility to play someone, a real person, particularly with Pam, she’s such an icon, I really love her, and I wanted to try and do her justice and try and capture her spirit and really explore what happened at that time and how she was treated and how things have changed, or not changed,” the Cinderella star told Entertainment Tonight in March.

To achieve her doppelgänger status with Anderson, James did a lot more than color her mane.

Making sure that her facial structure mirrored that of Anderson’s was key — albeit a little tricky. Makeup department head David Williams told Harper’s Bazaar in February that recreating Anderson’s look required the use of a prosthetic forehead to “widen the distance between James’ brows and hairline.”

The other trick was to get the Mamma Mia! star’s eyebrows thin and arched to perfection. The solution? Lace eyebrows that were applied to the prosthetic forehead. “We went through approximately 65 to 70 foreheads throughout shooting,” Williams told Harper’s Bazaar.

About Last Night: See the Best Dressed Stars on the Red Carpet and Beyond

“So much of Pam’s look is timeless, but also very, very ‘90s in other ways,” he said. “Her haircut was always super layered and textured throughout and using all the tools in our respective departments, we were really able to take it to that classic ‘90s look.”

The series follows Anderson and then-husband Tommy Lee as they make a honeymoon sex tape that is stolen and leaked to the public in 1996.