An Australian public health professor and his son have been freed from a Qatar jail where they were held without charge for five months.

Professor Lukman Thalib, 58, was acting head of Qatar University's public health department when he was arrested on July 27. His son Ismail Talib was also arrested at the same time.

The Department of Foreign Affairs and Trade confirmed it had assisted the two men, after The Guardian reported they had been recently released, following their arrest three months earlier when the United States alleged that Victorian resident Ahmed Luqman Talib, another of Professor Thalib's sons, had "provided financial or material support" to al-Qaeda.

The Department of Foreign Affairs and Trade said in a statement it had "provided consular assistance to two Australian men who had been detained in Qatar".

London-based justice advocacy organisation CAGE, which supported the Thalib family, said the men were subjected to torture including intense kerosene vapor for a period of days. 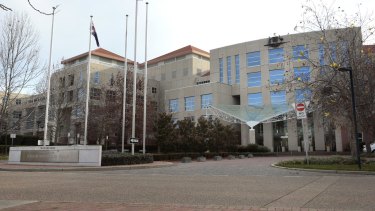 "He is an innocent man. This is the last straw for us as a family. I pray that the Australian government immediately heed our calls to secure the release of my father and brother and that any action they take will not be one made too late.”

Maryam Thalib said in December the Qatar government had not explained the reasons for the professor or Ismail's arrest.

SBS reported that the Thalibs' had arrived safely in Turkey, the reason for their release remained unclear, and Maryam Thalib said she was "overwhelmed with joy" at the news of their release.

"It was a feeling of deep relief mixed with fears and uncertainty about their wellbeing and the prospects of their health," Ms Thalib said.

In October, US Secretary of State Mike Pompeo announced his department had designated Ahmed Luqman Thalib as a supporter of the terrorist organisation al-Qaeda.

The home of Ahmed Luqman Thalib, a gem trader from Melbourne, was raided by the Australian Federal Police that month. No charges have been laid.

The US State Department said in a statement in October Ahmed Luqman Thalib "had financial dealings in a number of countries, and his business dealing in gemstones has provided him the ability to move funds internationally for the benefit of al-Qaeda".