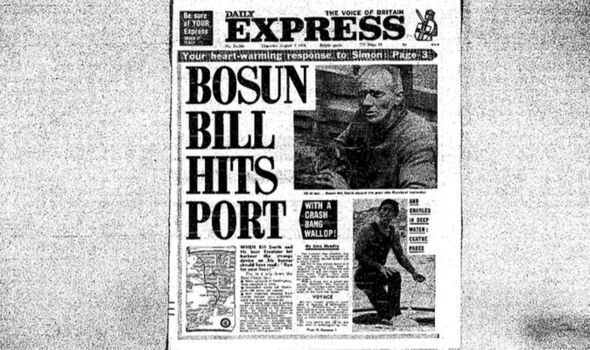 In an action-packed trip down the east coast of England, he went aground at Bridlington, grounded again off Ramsgate and was reported missing but finally turned up.

96 years ago (1926) Manually operated red, amber and green traffic lights were installed at London’s Piccadilly Circus for the first time.

Due to an increase in motorised vehicles, the circus had become a one-way roundabout a month before. Automatic traffic lights made their first appearance in the UK at Princes Square, Wolverhampton in November 1927.

32 years ago (1990) We described the ordeal of Britons caught up in Saddam Hussein’s “lightning” invasion of Kuwait. Among them were passengers trapped on a British Airways jet at Kuwait City airport as Iraq fighter jets strafed the runway and surrounded the perimeter.