Meghan Markle and Prince Harry will tick off another parenting milestone today as they christen their son, Archie Harrison Mountbatten-Windsor. The son of the Duke and Duchess of Sussex will be christened by the Archbishop of Canterbury in a private ceremony, conducted in the the private chapel at Windsor Castle, later today. Close family and friends will attend but, in a widely-criticised move, the christening will be held privately at the decision of Archie’s parents. Archie’s baptism follows a similar service for Meghan, who was baptised prior to her wedding with Prince Harry in 2018.

Meghan, who was raised in America, was born to Protestant Christian parents who raised their daughter in the religion.

However, she went to a Catholic school, Immaculate Heart High School.

The former Suits actress is believed to have a “close” relationship with God.

However, to marry into the Royal Family it was required that the actress be baptised and confirmed as a member of the Church of England.

The Queen is the head of the church and is required to uphold the faith. There are strict rules about religion when it comes to the line of succession and Roman Catholics are specifically excluded from succession to the throne. 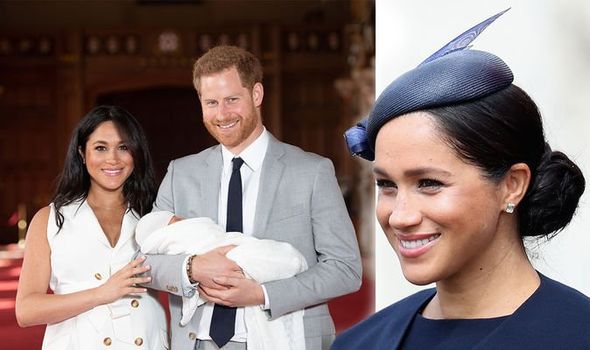 The 37-year-old is known to be a fan of mediation.

She also practises yoga, with a studio being designed into her home with Harry at Frogmore Cottage.

Meanwhile, Meghan’s ex husband Trevor Engelson is Jewish, and they are believed to have had traditional Jewish chair dancing at the ceremony.

The Duchess of Sussex has not spoken publicly about her religion or that of her family.

While Archie’s christening is set to differ from that of his cousin Princess Charlotte and Princes George and Louis, by being significantly more private, it will not completely break from tradition. 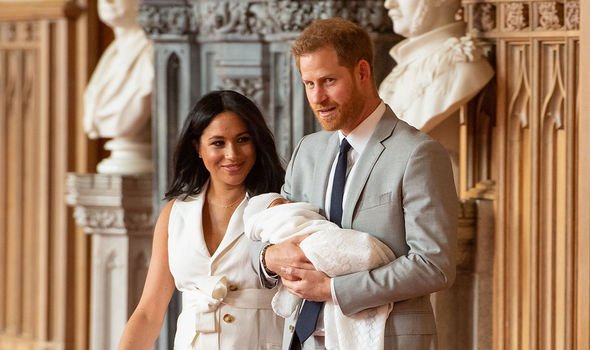 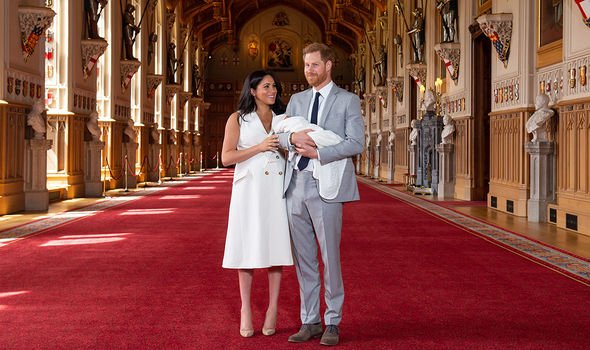 Water from the River Jordan will still be used to fill the baptismal font at St. George’s Chapel.

All royal babies are christened in the Lily Font bowl, an exquisite silver-gilt font used by the Royal Family since 1840.

The gilded silver font, which weighs 21 pounds, was also commissioned by Queen Victoria and Prince Albert ahead of the birth of their first child.

Meghan and Harry are also believed to have picked the Archbishop of Canterbury, Justin Welby, oversee the ceremony as he did for their niece Charlotte and nephews George and Louis before.

While the ceremony will be small, several senior members of the Royal Family are expected to travel to Windsor to attend the service.