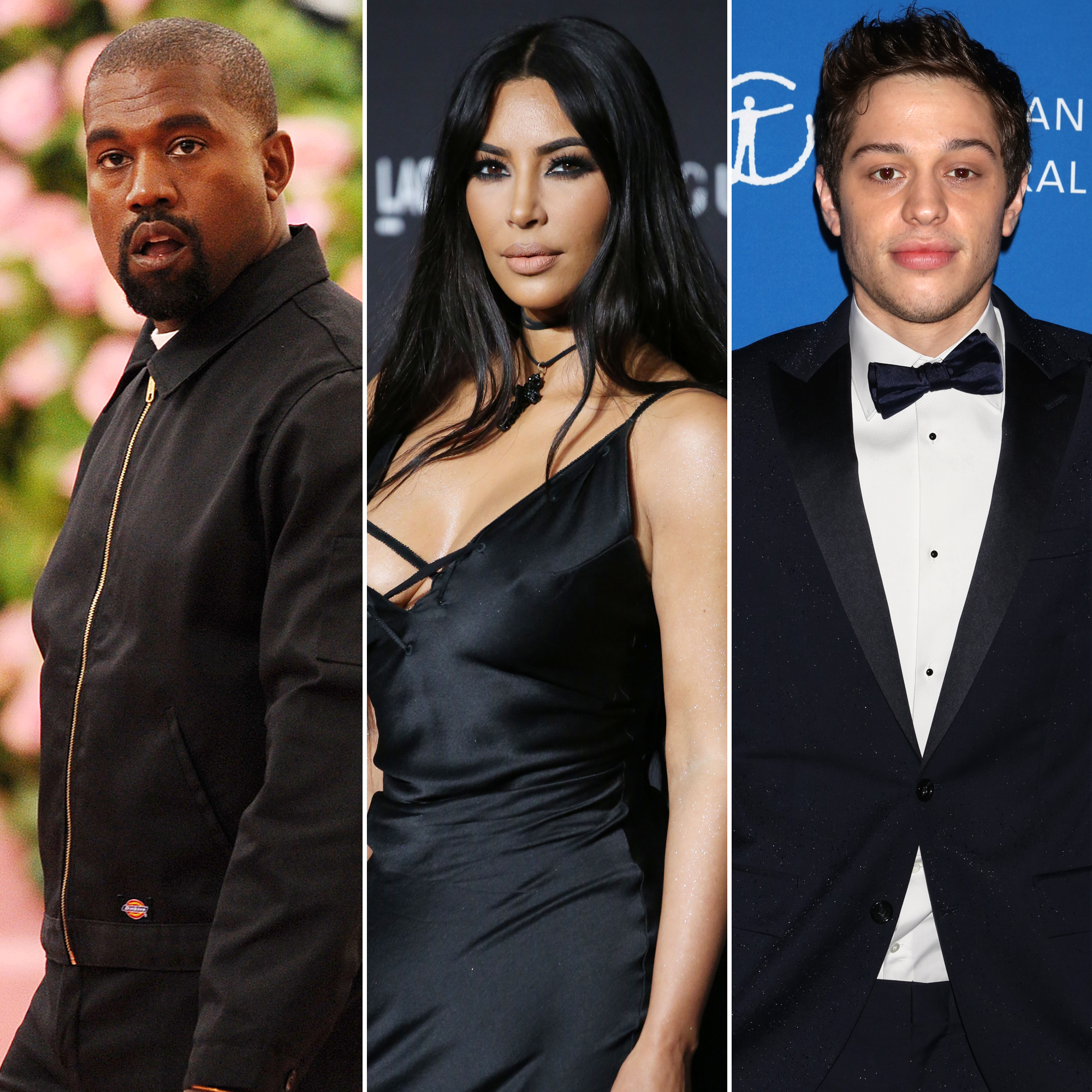 No longer keeping up (again). After Kim Kardashian sparked romance rumors with Pete Davidson, Kanye West is choosing to virtually distance himself from her.

West, 44, has unfollowed estranged wife Kardashian, 40, on Instagram after only recently following her back. The musician originally wiped his following list two months prior, choosing to only include users with blacked out icons identical to his. The Skims founder changed her icon to match West’s — and the rapper subsequently started following her again — but she recently changed it back to a photo of herself.

The social media update comes amid speculation that the reality star is potentially moving on with Davidson, 27, after filing for divorce from West earlier this year.

Kardashian, who shares North, 8, Saint, 5, Chicago, 3, and Psalm, 2, with the rapper, appeared on screen with the comedian during her hosting gig on Saturday Night Live last month. At the time, the beauty mogul made headlines for her monologue referencing her split from West.

“I mean, I married the best rapper of all time. Not only that, he’s the richest Black man in America, a talented, legit genius, who gave me four incredible kids,” she said during the October episode of the sketch show. “So when I divorced him, you have to know it came down to just one thing: his personality.”

The intro concluded with the KKW Beauty CEO acknowledging that even if her jokes sound “mean,” she chose to use “comedy [that] comes from [the] truth.”

After Kardashian’s appearance on SNL, a source exclusively told Us Weekly that the Georgia native was aware that his ex would mention their pending divorce.

The insider explained that the duo “were in touch throughout the week on her outfits for the show, the skits and opening monologue.”

The “No Mistakes” performer, for his part, recently revealed that he isn’t ready to pull the plug on his marriage.

“SNL making my wife say ‘I divorced him’ on TV because they just wanted to get that bar off and I never have seen the papers. We’re not even divorced,” the Grammy winner detailed on Revolt’s “Drink Champs” on Friday, November 5. “So how we — because [it’s] no joke to me, my kids want their parents to stay together. I want their parents — I want us to be together.”

During the interview, West questioned the Keeping Up With the Kardashians alum’s view on their relationship, claiming, “[There] are people all around in my [wife’s] ear.”

Kim Kardashian and Pete Davidson’s Rumored Romance: Everything We Know

That same week, Kardashian and Davidson were spotted spending time together in New York after previously celebrating Halloween together at Knott’s Scary Farm in California. After their fun night out at the theme park, where they were photographed holding hands on a roller-coaster ride, the twosome met up earlier this week at Campania’s in Staten Island and at Zero Bond in Manhattan.

As rumors continue to swirl about the pair, another source revealed to Us that “things could turn romantic” between Kardashian and Davidson.

“Kim is single and having fun at the moment,” the insider shared, noting that “no one really knows what is going on” when it came to their newfound friendship.