Fur-ever friends! Playful puppy paws at a fluttering butterfly in adorable viral video hailed the ‘cutest thing’ on the internet

An adorable video of a butterfly and a puppy has gone viral after the pup’s owner captured footage of them frolicking together in the sun.

The law student from Orange County, California, who goes by Keat on social media, shared the video on Twitter, where it was watched more than 4 million times.

The heartwarming clip shows the butterfly teasing the puppy by balancing on its paws, while the small dog playfully tries to catch it.

And Twitter users were delighted by the sweet video – with one branding it ‘the cutest thing [they’ve] ever seen.’ 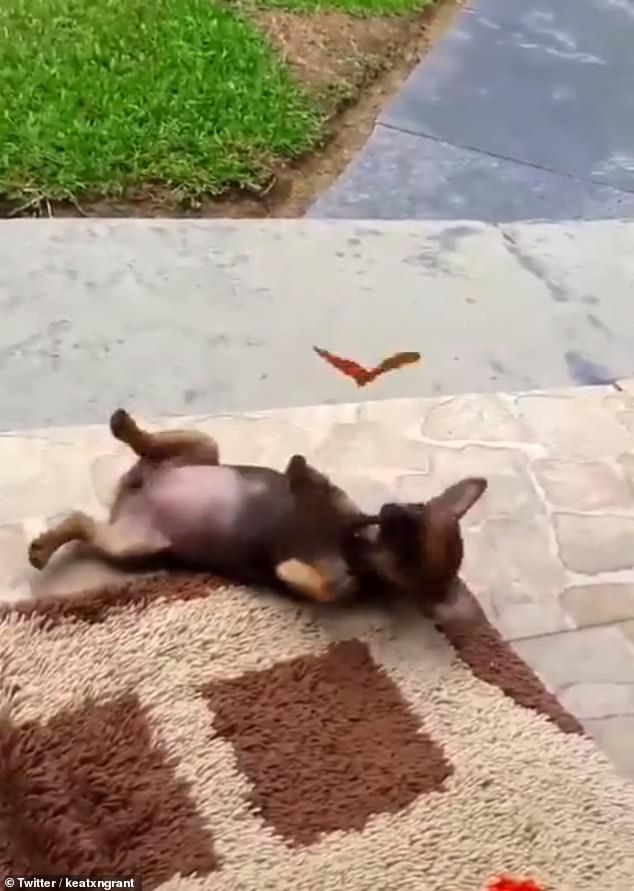 Adorable footage of a butterfly and a puppy playing in the sunshine of Orange County, California has gone viral on Twitter

In the video, the owner, who speaks Spanish, spots the puppy and butterfly on their terrace.

The young dog rolls around on the floor several times as the brightly colored Monarch butterfly playfully flies past its head and paws.

The playful pooch then tries to catch the butterfly with its mouth, but the colorful insect escapes, before landing back on the dog’s head and flying by its belly.

The amused owner can be heard laughing in the background as he watches the cute interaction between the two unlikely friends having some springtime fun. 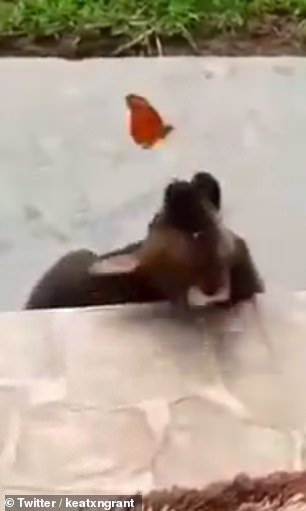 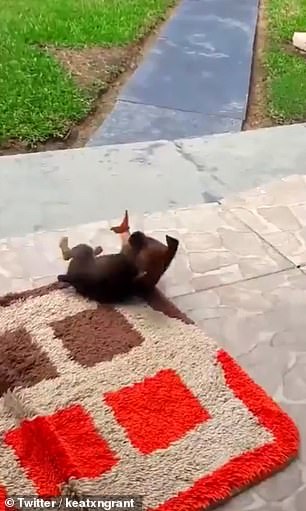 Unlikely playtime! The butterfly flies around the puppy’s head while he rolls around playfully on the floor (pictured, left and right)

And for anyone wondering, there’s a biological explanation as to why a butterfly would want to get so close to a much bigger animal.

According to research, butterflies will try to suck sodium through their tube-like feeding structure, which is called a proboscis.

They can find sodium in moist areas, such as puddles or animals excrement, sweat and tears. Sodium and amino acid help their reproduction chances.

So it can be assumed the puppy was an unwitting wing man for the Monarch butterfly, who was possibly getting ready to mate with other insects of his kind. 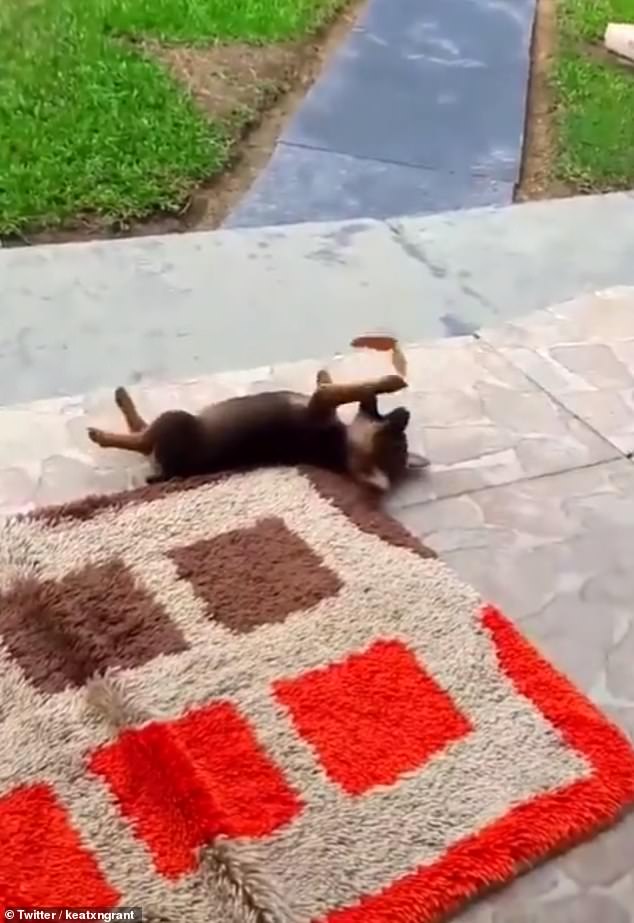 At some point, the butterfly playfully lands on the dog’s paw, while the puppy is rolling around on the terrace

People on Twitter found the interaction adorable, with one writing: ‘This is actually super cool and wholesome.

A second enthused: ‘THAT’S TOO CUTE TO HANDLE OMGGG, while a third added: ‘THOUGH I THOUGHT THE PUPPY WAS GONNA EAT THE BUTTERFLY AT ANY MOMENT THIS IS SO CUTE.’

A fourth commented: ‘Showing this to my mom so i can get a puppy, while another joked: ‘I wonder if they knew each other in a previous life.’

A final person penned: ‘This made my day, it’s so cute.’ 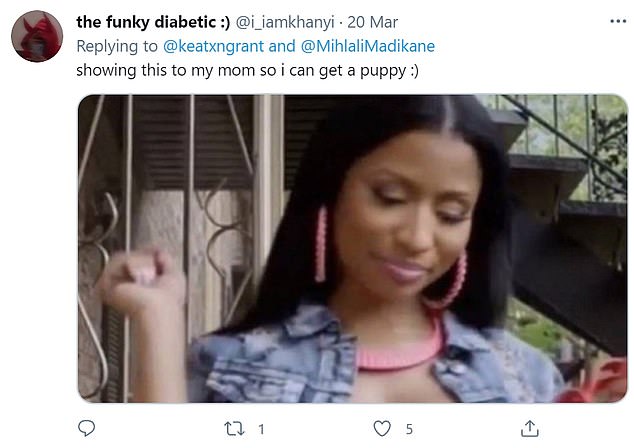 Twitters were delighted with the ‘wholesome’ interaction, with some saying it was the cutest thing they’d ever seen (pictured)