The odd thing about irony is that it’s very difficult to sustain. That realisation hit me after attending a stadium concert of U2’s Zoo TV tour in the early 1990s. This tour was intended as a bitingly ironic statement on pop superstardom but was, in effect, a stadium-scale exercise in pop superstardom.

I guess the irony just didn’t skewer the genre as hard as the band intended – Bono had ground his hips at the audience in a way startlingly reminiscent of the pop god he, in fact, was. 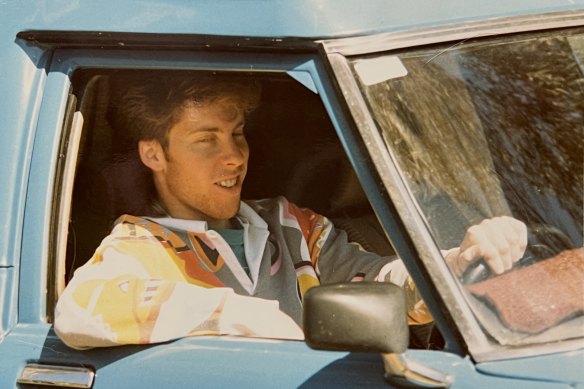 I was doing a literature degree at ANU and living in a share house in Canberra’s suburbs. Doing it all on a bike was getting too difficult so I was thinking about buying a car. It was the late ’80s and the public transport was shocking. Little has changed.

One night a co-worker at the pokies club where I worked offered me and a few others a lift and a pile of us jumped in the back of her panel van. I was admiring its versatility when she announced she was selling it. The price she named was the exact sum currently burning a hole in my bank account. She didn’t know it yet, but in my head this car was already mine.

The panel van, a blue, 1973 Holden HQ, was not the typical ride of a literature student. It had none of the garish, Arabian Nights-style exterior airbrush art these surfer-vans were famous for, but its interior had been renovated with fresh carpet, new bucket front seats and a sports steering wheel, and it had a massive bull bar on the front. In the back was a handy foam mattress, and the faux wood panelling on the walls came equipped with a series of hooks. I was told they had been installed by the previous owners, a middle-aged fisher-couple, to rack their rods, but they did come in handy for scandalising my fellow students. 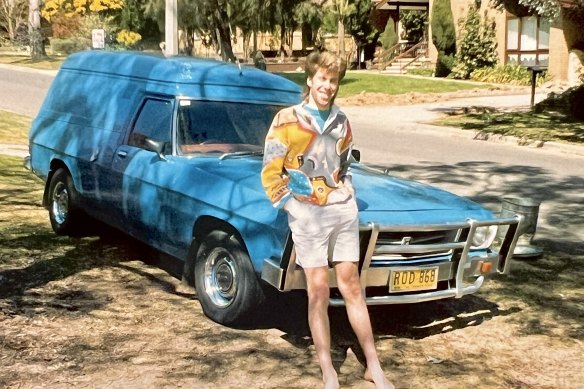 Capping all this were the personalised number plates. They were in the name of my workmate’s boyfriend. He wanted them back after the registration changed, of course, but the name had already stuck. My van was Rod.

If I didn’t recognise the hilarity of Rod at the start, my three housemates soon acquainted me with it. I can’t remember what other literature students in the late 1980s were getting around in, but it certainly wasn’t what in popular culture were referred to as Shaggin’ Wagons, Root Utes or even, blushingly, F— Trucks.

So I embraced all of it. Ironically. 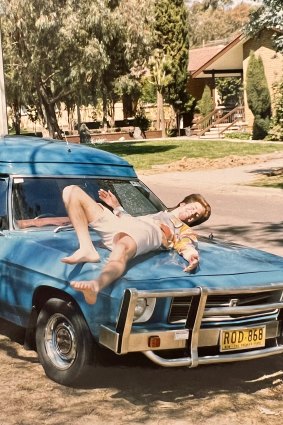 It was love at first sight.

Unfortunately, not many people read these subtleties. All they saw was a young bloke driving around campus in a panel van with fluffy dice. And a mullet. The mullet wasn’t ironic. I just liked Mel Gibson’s hair in Lethal Weapon.

But I was vexed. I wanted people to get the joke. So I hatched a plan.

In my textbooks that year I was reading the Proverbs of Hell by William Blake. One of them read: “The road of excess leads to the palace of wisdom”.

Nobody could possibly mistake me for a proper bogan if I had an incomprehensible literary quote airbrushed on the side of my van with a depiction of a flaming road and a swirling palace in the distance. On the other side, I thought, I could finish the quote: “You never know what is enough until you know what is more than enough.” How toweringly ironic!

Fortunately, penury, my mates and worries about resale value prevented me from taking the road of excess. So I drove Rod, unadorned apart from the dice, for several years. He was dependable, a bit ponderous, and came in handy when caught short of accommodation.

Then I sold him to a shy lesbian couple planning a trip to Queensland. By then, even I had forgotten the alleged irony.

The Opinion newsletter is a weekly wrap of views that will challenge, champion and inform your own. Sign up here.

More from our award-winning columnists

Sky-high cost-cutting: Do we really need two pilots in the cockpit? With advances in technology, won’t one pilot on a flight do? Here’s what QF32 hero and ‘Sully’ Sullenberger think – Peter FitzSimons

The tea: With 61 bills passed since the Albanese government came into power in May 2022, who – or what – wins the prize for the biggest storm in a teacup? – Ross Gittins

Behind the power: When you write a book about Scott Morrison, and are more than familiar with the ways the former PM has justified his behaviour, surely you shouldn’t feel sorry for him? – Sean Kelly