With the never-stopping news cycle, it’s easy to miss great images that fly under the radar. We’ve got you covered.

We’re highlighting exceptional photos from around the world for the week of Jan. 11 to 17. Check them out below.

ABOVE: The sails of the Sydney Opera House are lighted Saturday with images to show support for the communities affected by the bushfires and to express gratitude to firefighters and volunteers. 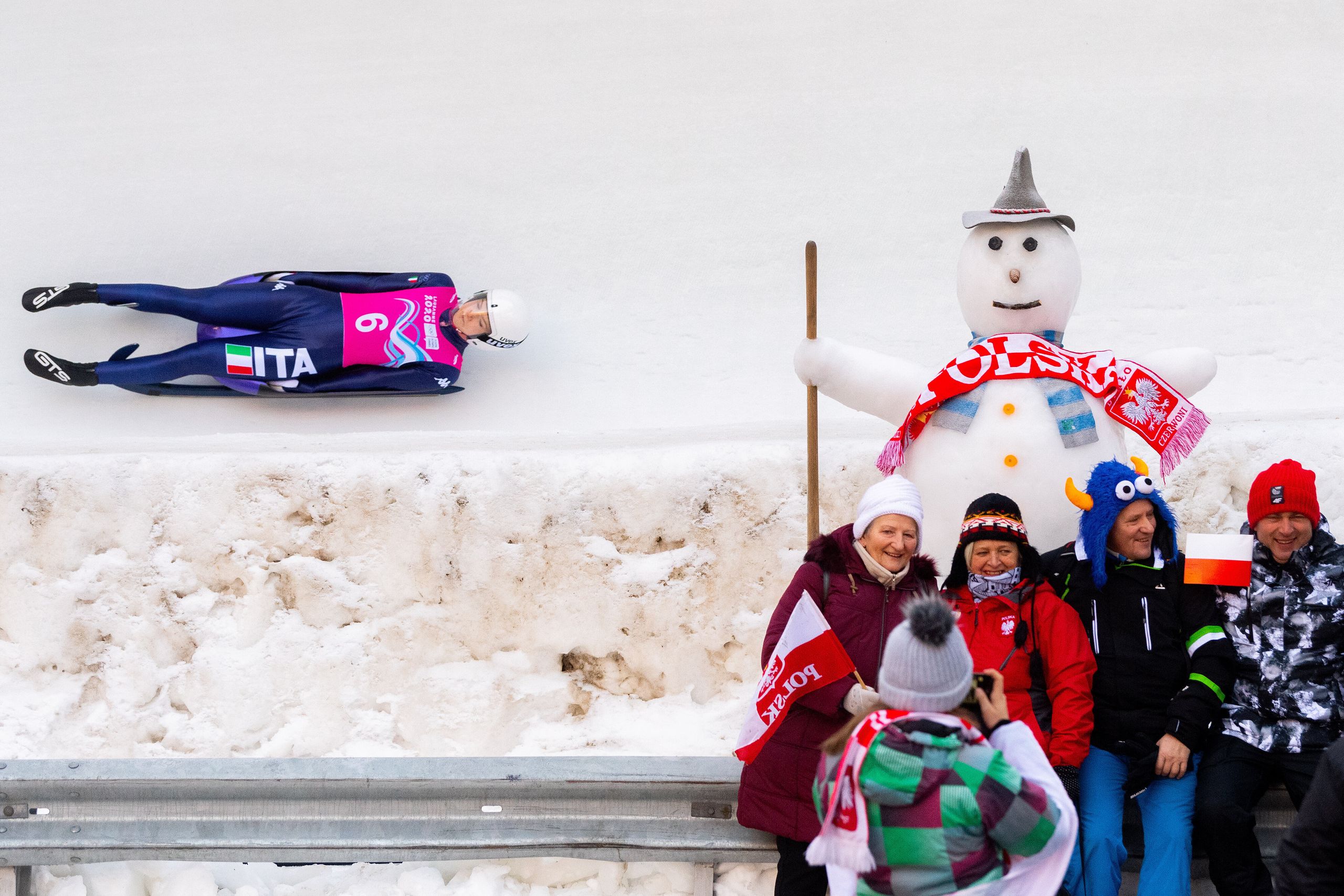 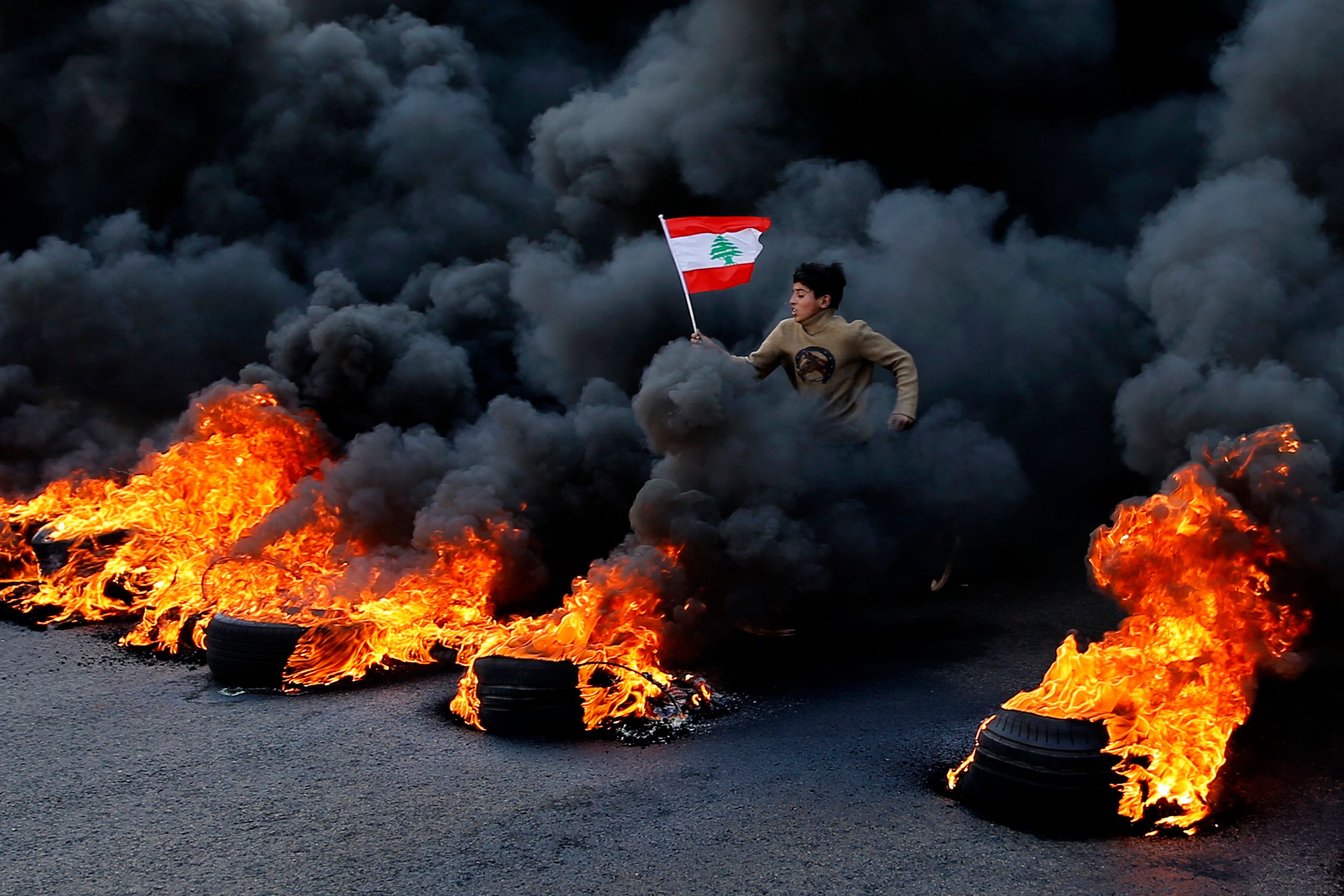 An anti-government demonstrator jumps on tires that were set on fire to block a main highway as he holds a national flag Tuesday at a protest in the town of Jal el-Dib, north of Beirut, Lebanon. 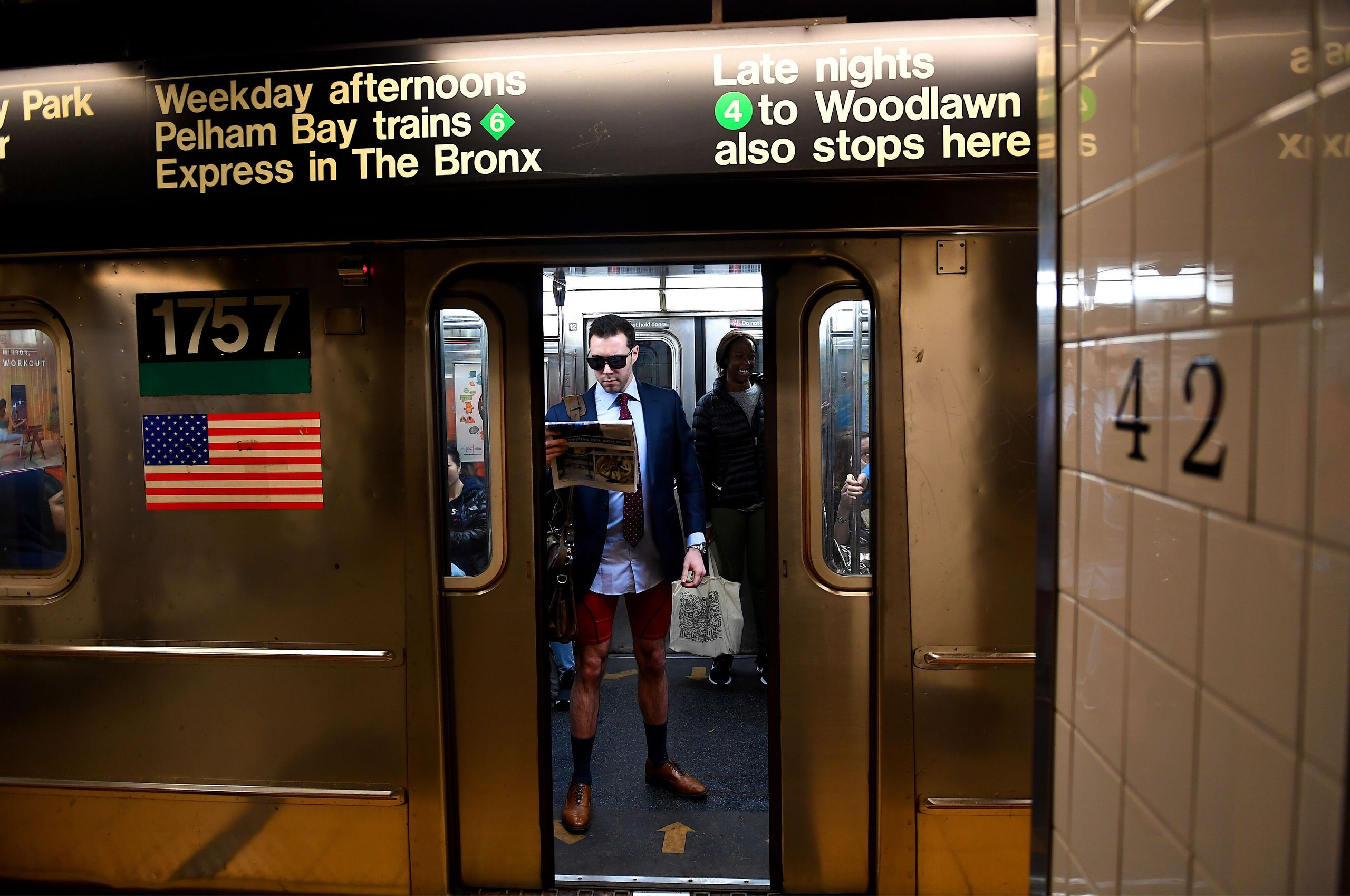 Participants in the 19th Annual “No Pants Subway Ride” travel Sunday in New York. The annual event started in 2002 by Improv Everywhere in New York with the goal of getting subway riders to dress in normal winter clothes without pants while keeping a straight face. 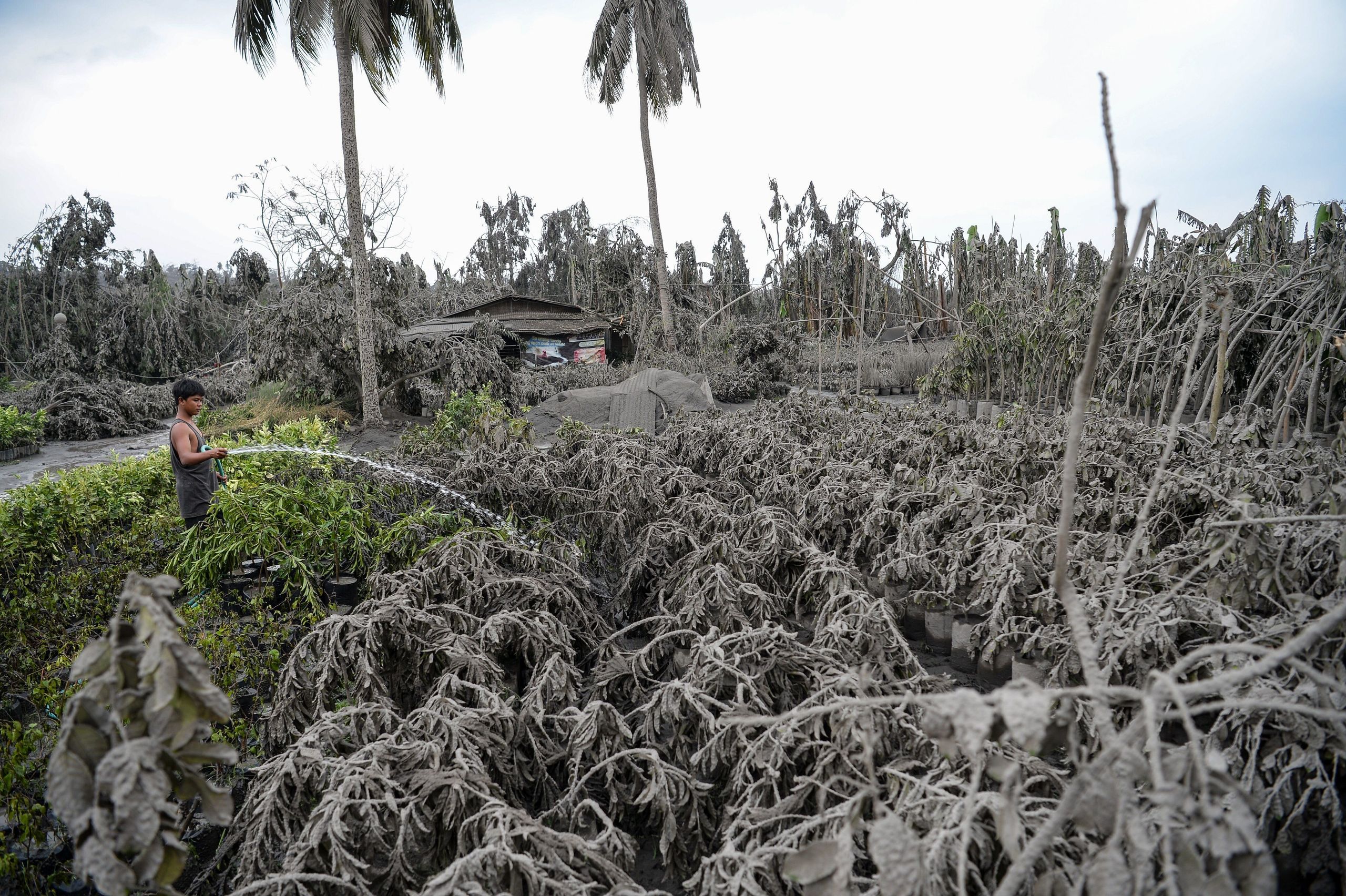 A worker hoses down plants covered with mud and ash Monday after Taal volcano erupted in Talisay town, Batangas province, south of Manila. 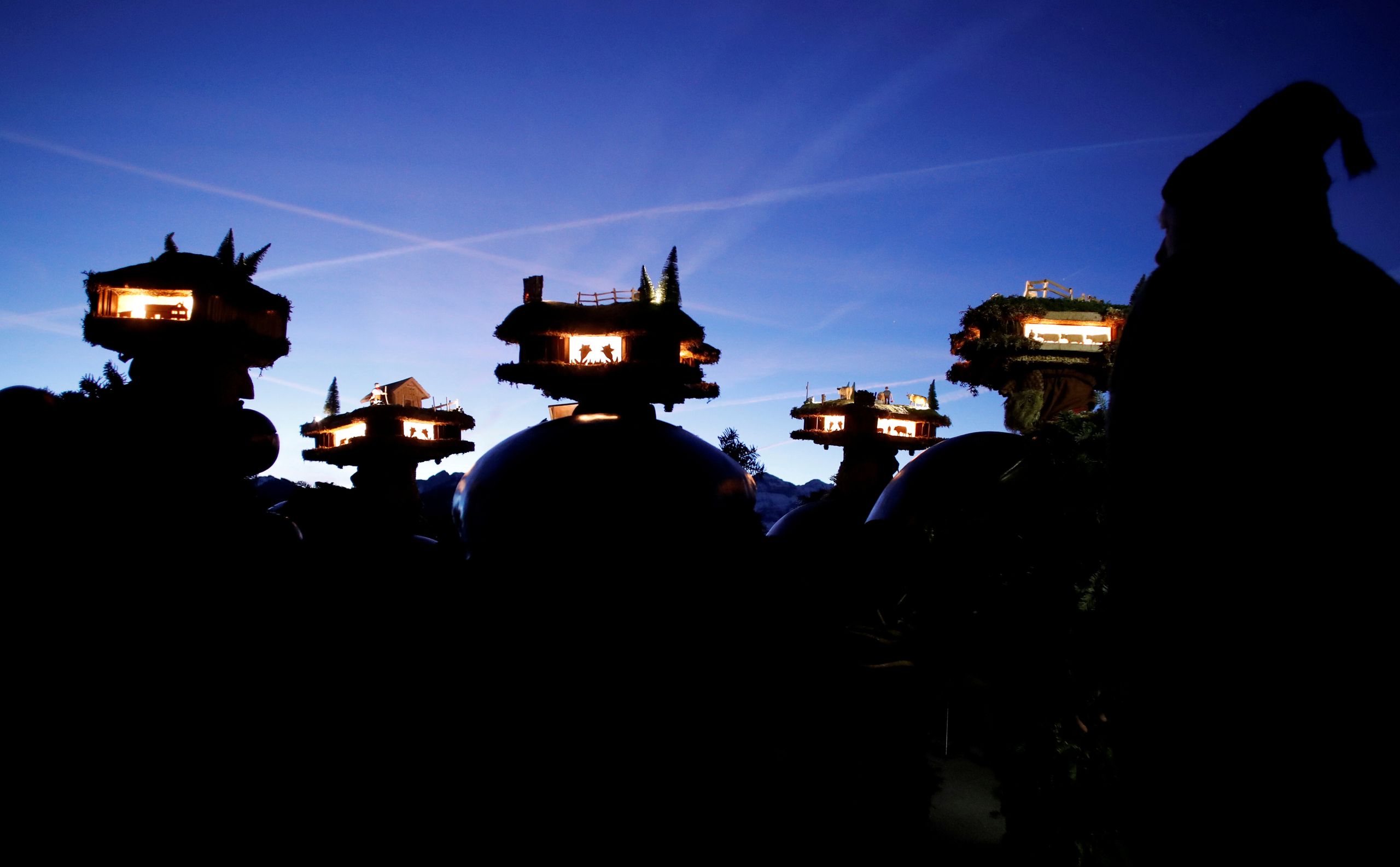 Men dressed as “Chlaeuse,” figures that scare away evil spirits, wear illuminated hats and carry round bells and cowbells Tuesday during the traditional “Sylvesterchlausen” near the northeastern village of Urnaesch, Switzerland. 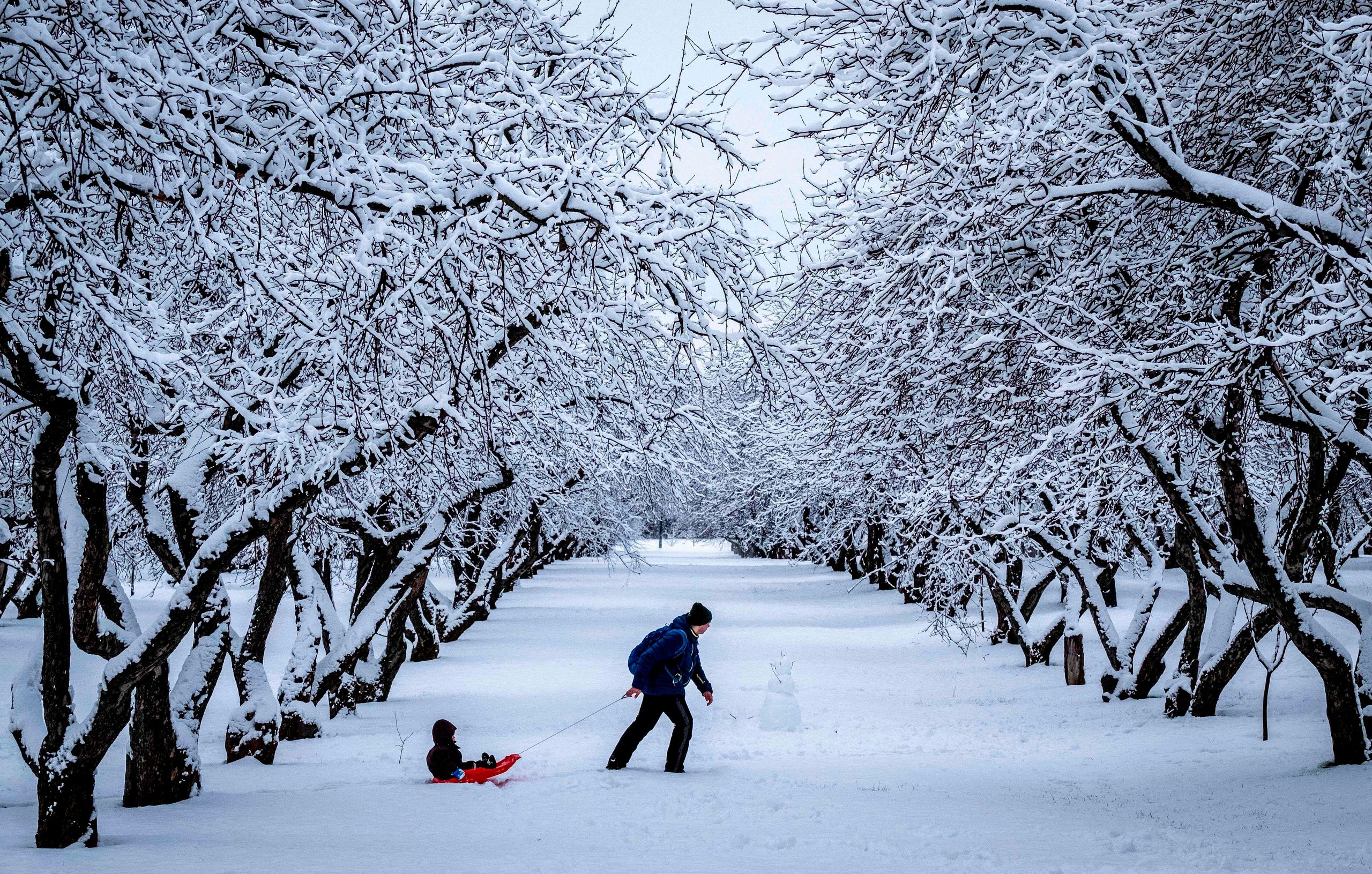 A man pulls a child on a sled through a snow-covered landscape Sunday at Kolomenskoye Park in Moscow. 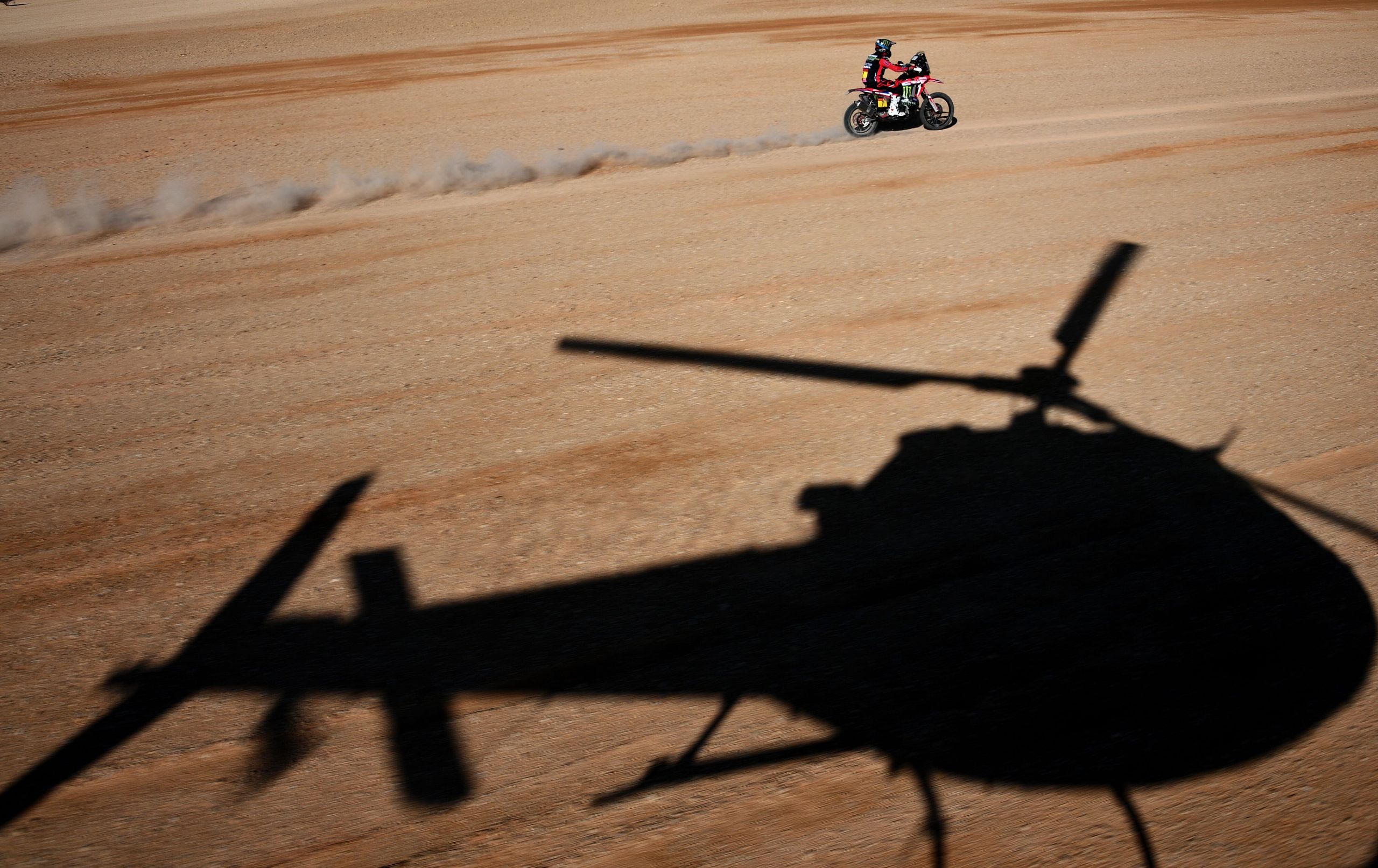 Toyota’s driver Ronan Chabot competes during Stage 9 of the Dakar 2020 between Wadi Al Dawasir and Haradh, Saudi Arabia, on Wednesday. 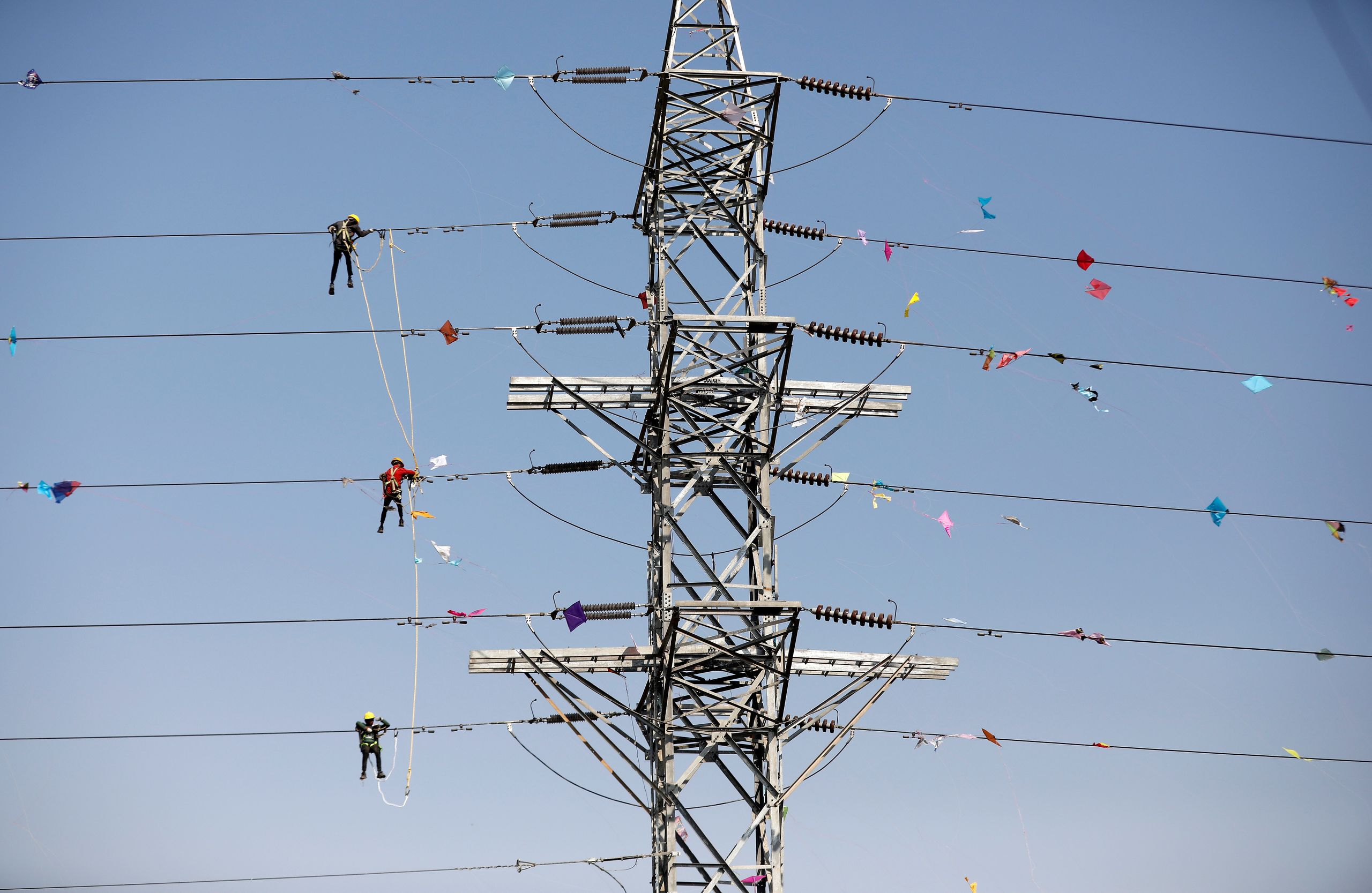 Workers of Torrent Power Ltd. remove kites and thread tangled in electric power cables Thursday after the end of the kite-flying season in Ahmedabad, India. 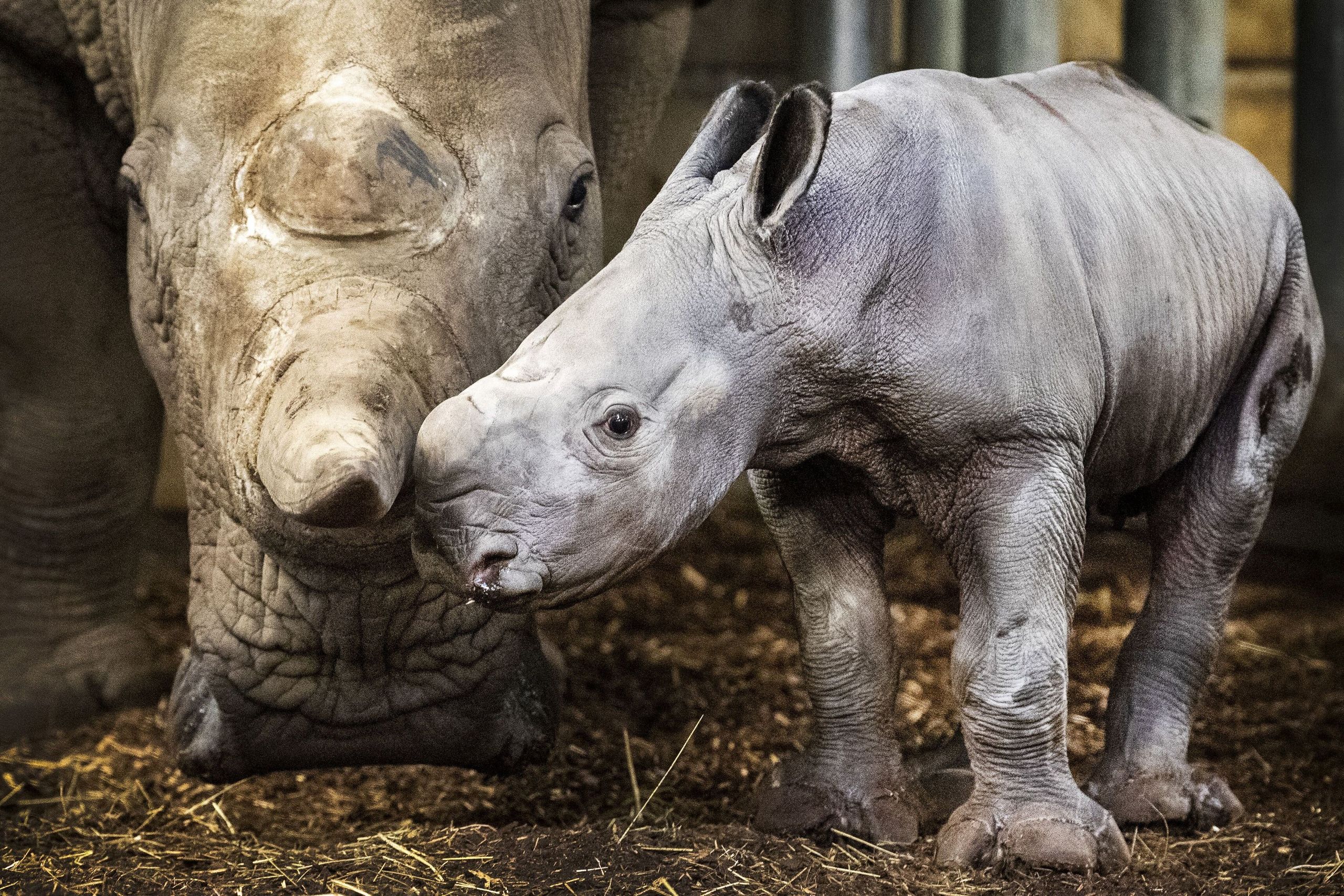 A newborn rhino with his mother stands in their enclosure Friday at the Burgers Zoo in Arnhem, the Netherlands. It is the 11th broad-lip rhino from the breeding program at the Arnhem zoo. 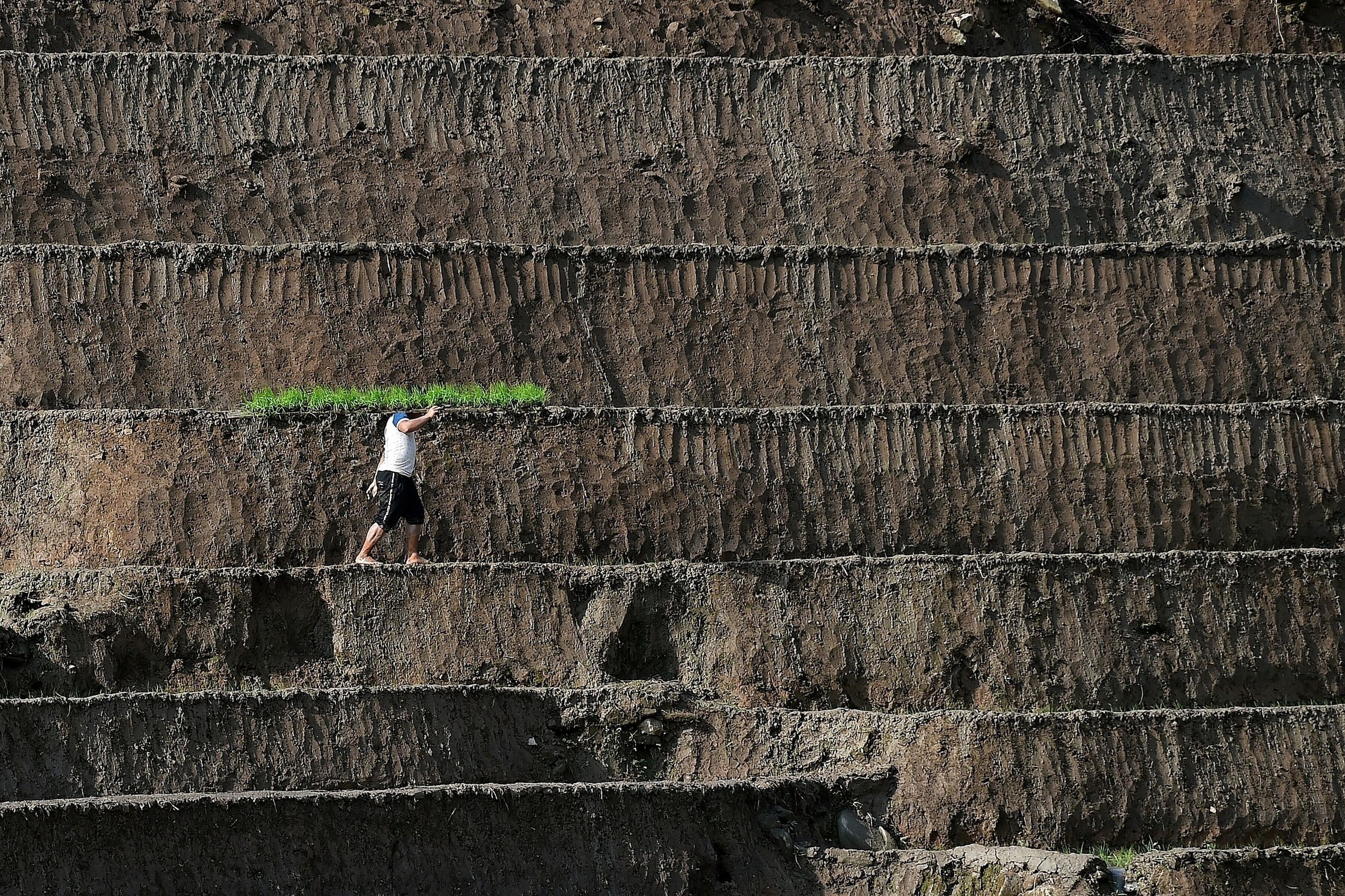 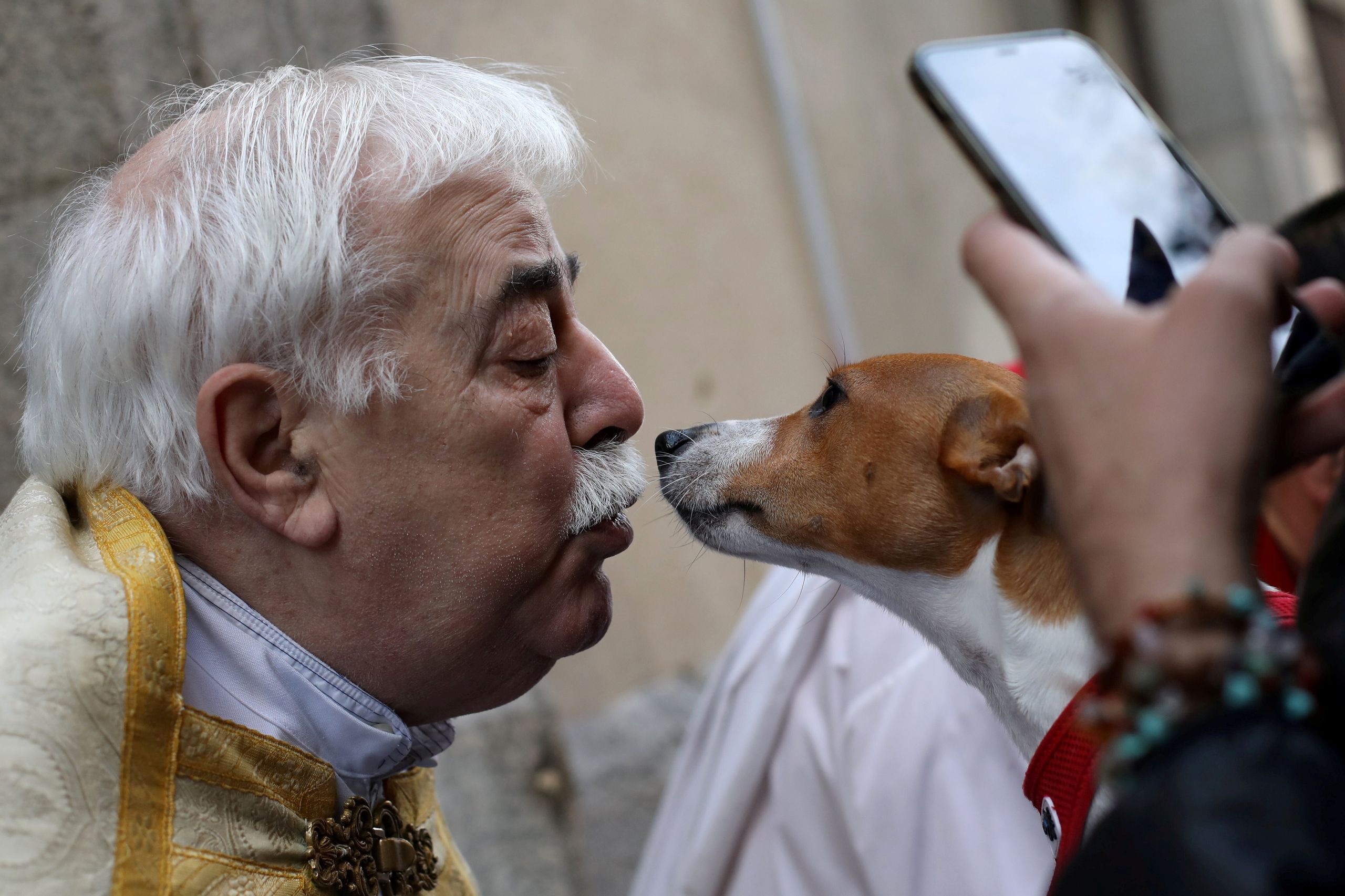 A priest whispers to a dog after blessing it Friday on the day of Spain’s patron saint of animals, St. Anthony, outside San Anton Church in Madrid.