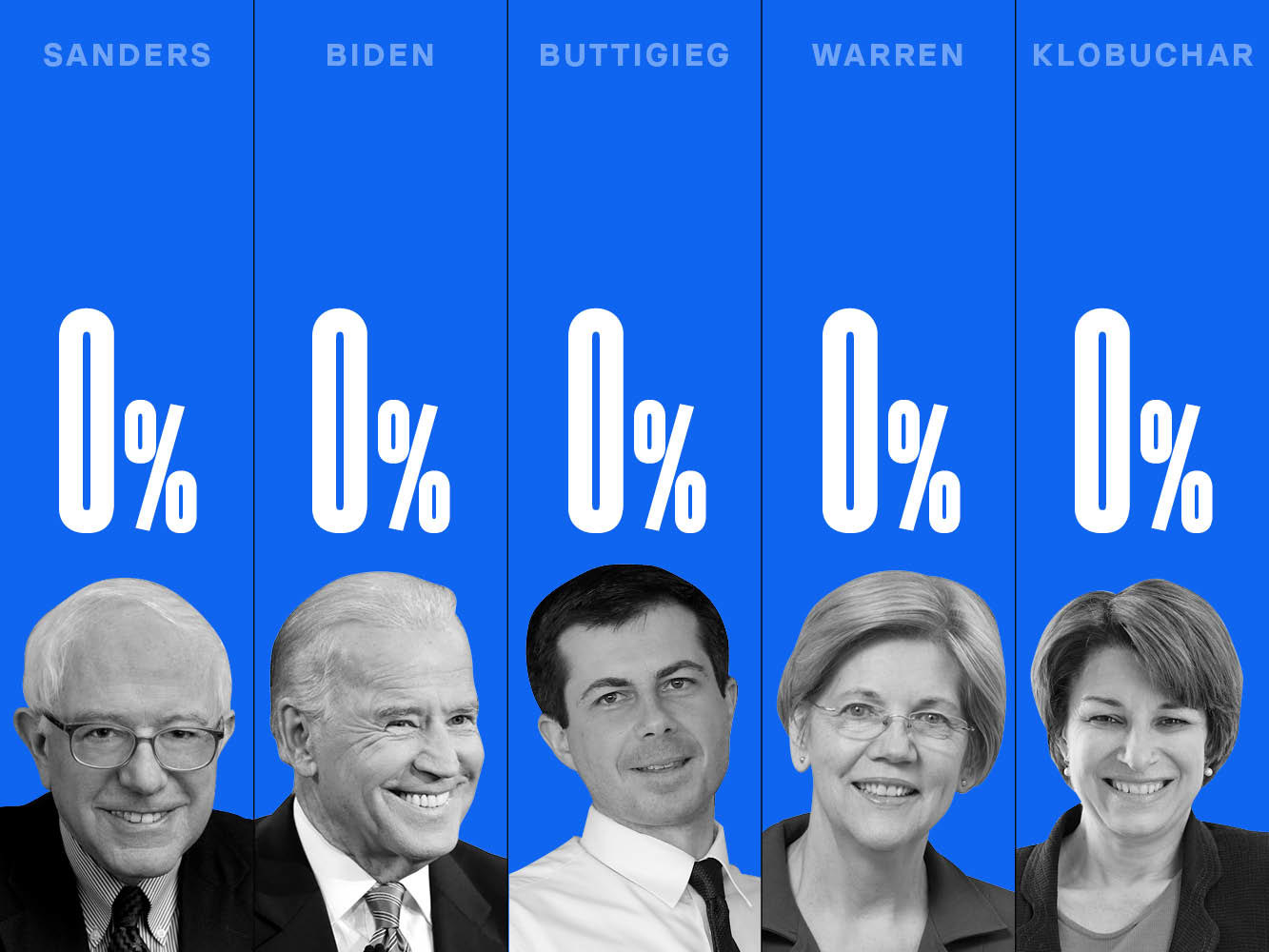 DES MOINES — Elizabeth Warren stepped out onstage to supporters’ cheers and began, “So it is too close to call, so I’m just going to tell you what I do know—”

“YOU WON!” a supporter screamed from the crowd, to cheers.

But on caucus day itself, nobody won. As Feb. 3 ended on the East Coast, there still weren’t results. But the candidates all took the stage, and according to them, they all look strong in Iowa.

Pete Buttigieg is already claiming victory. Bernie Sanders predicted that whenever the results came in, they’d look good for his campaign. Joe Biden thinks he’s “going to walk out of here with our share of delegates.” Amy Klobuchar’s campaign is “punching above” its weight.

Massive reporting delays in Iowa created a total vacuum in results on Monday night, and cable news hosts and reporters on Twitter struggled to fill the dead air while local officials complained about reporting problems.

Klobuchar was the first candidate to speak publicly on caucus night, taking advantage of the confusion caused by the delayed results to benefit from TV airtime — networks carried her speech in full — and to set a narrative that she had performed well, in the absence of solid results.

Klobuchar’s campaign began filling the stage at her caucus night party at the Des Moines Marriott around 10 p.m., and Klobuchar came on shortly after in all red.

“You’ve probably heard we don’t know the results,” Klobuchar said. “But I did not want to let another minute go by without thanking all of you. We know there’s delays, but we know one thing: We’re punching above our weight.”

“We are feeling so good tonight, and I cannot wait — somehow, someway, I’m gonna get on a plane tonight to New Hampshire,” Klobuchar said. “We are bringing this ticket to New Hampshire. Even in a crowded field of candidates, even during the well-earned impeachment hearing of Donald J. Trump, which had me bolted to my Senate desk for the last two weeks, we kept fighting, and you kept fighting for me.”

Next up were Biden and Warren.

Warren gave what sounded, effectively, like her victory speech — with a brief acknowledgment of the uncertainty tacked on. She positioned herself as a general-election candidate, moving quickly to compare herself — her political career, her upbringing in Oklahoma — to Donald Trump.

“We don’t know all the results tonight, but tonight has already showed that Americans have a deep hunger for big, structural change to make our economy and our democracy work for everyone,” she said. “Tonight showed that our path to victory is to fight hard for the changes that everyone is demanding.”

Warren’s campaign manager, Roger Lau, seemed in the face of uncertainty to shrug off the details of who actually emerged victorious from Iowa.

“We’re confident that it’s close at the top between Warren, Sanders, Buttigieg,” he said. “I believe the vice president is a distant fourth.”

CNN, meanwhile, was carrying Biden’s speech. He and Jill Biden appeared, and he paced the stage, giving a version of his stump speech, and though he too proclaimed good results were on the way, he slightly tempered expectations. “Indications are… From all indications, it’s going to be close. We’re going to walk out of here with our share of delegates. We don’t know exactly what it is yet, but we feel good about where we are,” Biden said, before pivoting to parts of his stump speech.

Then Sanders was up next. He joked about the results not coming in — then talked at length about inequality and injustice in America that will be corrected.

His victory party remained wild, with the crowd maybe even growing as the night went on, one reporter noted.

Off-camera, away from the big-time coverage, even Andrew Yang told a crowd of around 50 that what they saw tonight — even without actual results — showed “tens of thousands of Iowans around the state realized that the economy is transforming around them in profound ways.” “That message rang loud and clear here in Iowa tonight thanks to each and every one of you,” he said. “And now we’re going to take that message to New Hampshire to you and the rest of the country.”

Of the five top candidates, Buttigieg took the stage last. He briefly acknowledged the fact that the results were not known but then straight-up declared victory — to the earsplitting delight of about 2,000 supporters inside a Drake University gymnasium.

“By all indications, we are going on to New Hampshire victorious,” Buttigieg said.

The crowd soon began chanting at the former South Bend, Indiana, mayor, who a year ago began introducing himself to unfamiliar voters as “Mayor Pete” as a means of navigating around his tricky last name: “President Pete! President Pete!”

By that point in the night, the lights were already back on at Klobuchar HQ, and they were breaking down the stage, as the candidate headed to the airport.