The humble flower has come to captivate the worlds of fashion and food. 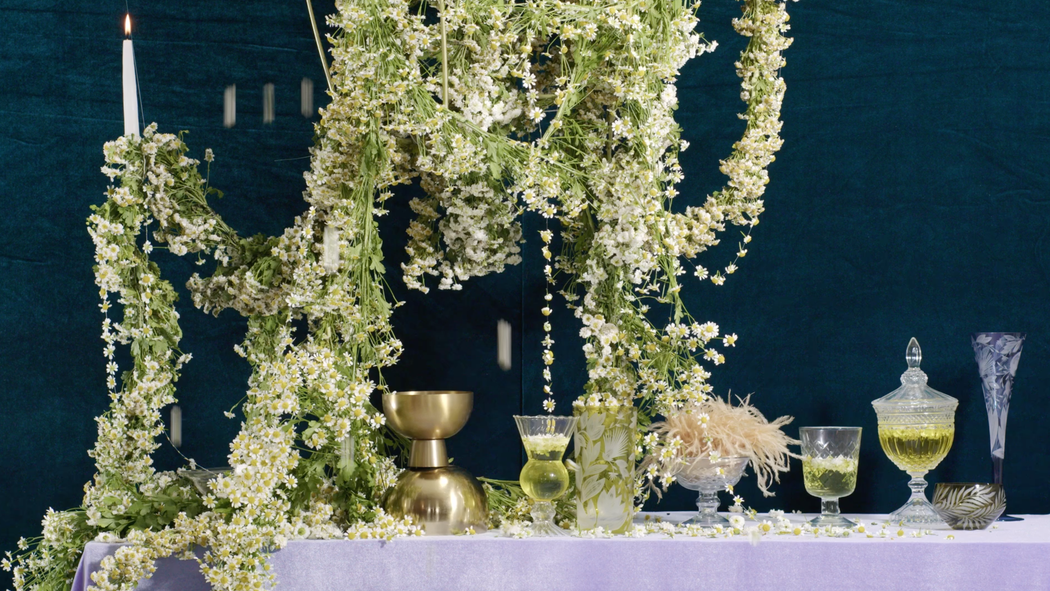 Photographs and Video by Kyoko Hamada

In ancient Egypt, chamomile was considered a gift from the divine. Offerings of the flower were made to the powerful sun god Ra as a form of worship; King Tut’s sandals were decorated with the bloom’s likeness; and the plant’s oil was used to anoint the dead, including the body of Ramses II. The ancient Greeks and Romans, too, were enamored with chamomile, named — for its fruity aroma — from the Greek chamai, meaning “on the ground,” and melon (“apple”).

Practitioners in each culture considered chamomile medicinal, using it crushed and in teas to treat skin conditions and other ailments. A few millenniums later, the herb is considered a natural sedative — possibly due to a compound called apigenin — and has been studied as a remedy for generalized anxiety disorder.

Perhaps it’s that promise of calm that explains why chamomile is suddenly ubiquitous. The flower is showing up on wedding cakes, in cocktails and mocktails and at restaurants in dishes both savory and sweet. Its image has appeared in runway prints, and its leaves and flowers are being used to make natural dyes. The flower is even trending on TikTok: In August, Vice World News reported that Nepalese chamomile farmers — the flower, which is hardy and adaptable, thrives in both warm and cool climates around the globe — are apoplectic about social media creators trampling their crops in an effort to find dreamy, bucolic backgrounds for their videos.

Part of the appeal of chamomile — the name actually refers to many different species within the Asteraceae family — is its modesty. With its tiny, daisylike blooms, feathery foliage and untamed stems, it has an old-fashioned back-to-the-land look that, according to the New York-based floral designer Emily Thompson, answers our collective longing for simpler times. “Chamomile has a charming, nostalgic identity,” says Thompson, who likes to pair it with daisies or zinnias. 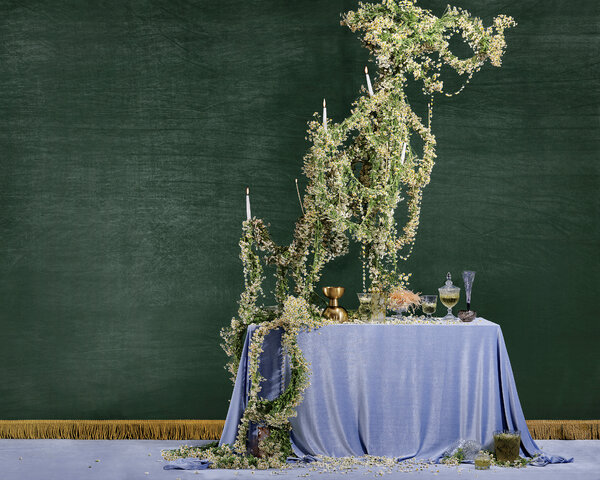 Chefs are attracted to the flower, as well, for its mild, honeyed perfume and gentle, herbaceous flavor, which is why it’s long been used in teas and tisanes. Rae Kramer, the executive chef at the New York restaurant-cum-flower shop Il Fiorista, serves a burger with chamomile aioli and uses chamomile mustard as a condiment for speck. She even adds the flowers — along with lemon and other herbs — to her turkey brine, noting that the bud’s subtle sweetness pairs particularly well with poultry. The pastry chef Natasha Li Pickowicz says that chamomile has a place in home kitchens, too. She grows the plant in her Brooklyn garden and uses it to marinate pork shoulder and stuff whole fish before roasting. The petals are “so small,” she points out, “that you’re mostly tasting the rich yellow pollen, which is dusty and thick and soft.”

The Brooklyn-based baker Aimee France uses chamomile to flavor batters, buttercreams and jams but, for her, the flower’s appeal is also aesthetic. France has decorated her wedding cakes with both fresh and dried versions of the plant, which she forages from her home state of New Hampshire. She’s particularly fond of its long, twisty stems, which, she says, “add a delicate, whimsical look” that feels especially modern in contrast to stiff fondant or sugar flowers.

But the flower, says Liz Spencer, the owner of the Dogwood Dyer in Southern California, isn’t just for eating (or drinking). Spencer, who has tinted textiles for eco-focused brands like Jungmaven and Outerknown, grows an organic dyer’s variety of the plant, which she uses to make botanical prints on fabric. The leaves, petals and pollen, she says, impart hues ranging from “straw to vibrant yellow, and almost orange to green.” A bonus: The process smells lovely, making it a plant for all eras — and, indeed, all the senses, too.