She can climb any mountain! At just 20 years old, Brooke Raboutou was first athlete to qualify for Team USA’s four-person climbing team at the Tokyo Olympics. Ahead of her and the sport’s Olympic debut, she told Us Weekly that she looks up to her fellow history-making athletes.

Everything to Know About the Tokyo Olympics: Where to Watch and More

“Celebrity-wise, Simone Biles. I’ve always been very inspired by her,” Raboutou exclusively told Us. “Her mix of gracefulness and being powerful and so strong. And I just love watching her compete and teaching us.”

Raboutou hopes to finally meet the Team USA gymnast in Tokyo this summer, but she finds inspiration in her friends and family too. The Colorado native revealed American Ninja Warrior champion Meagan Martin is not only a great pal but also a major role model. Martin, 31, made history on ANW as the first woman to complete many of the obstacles, including the warped wall and jumping spider. 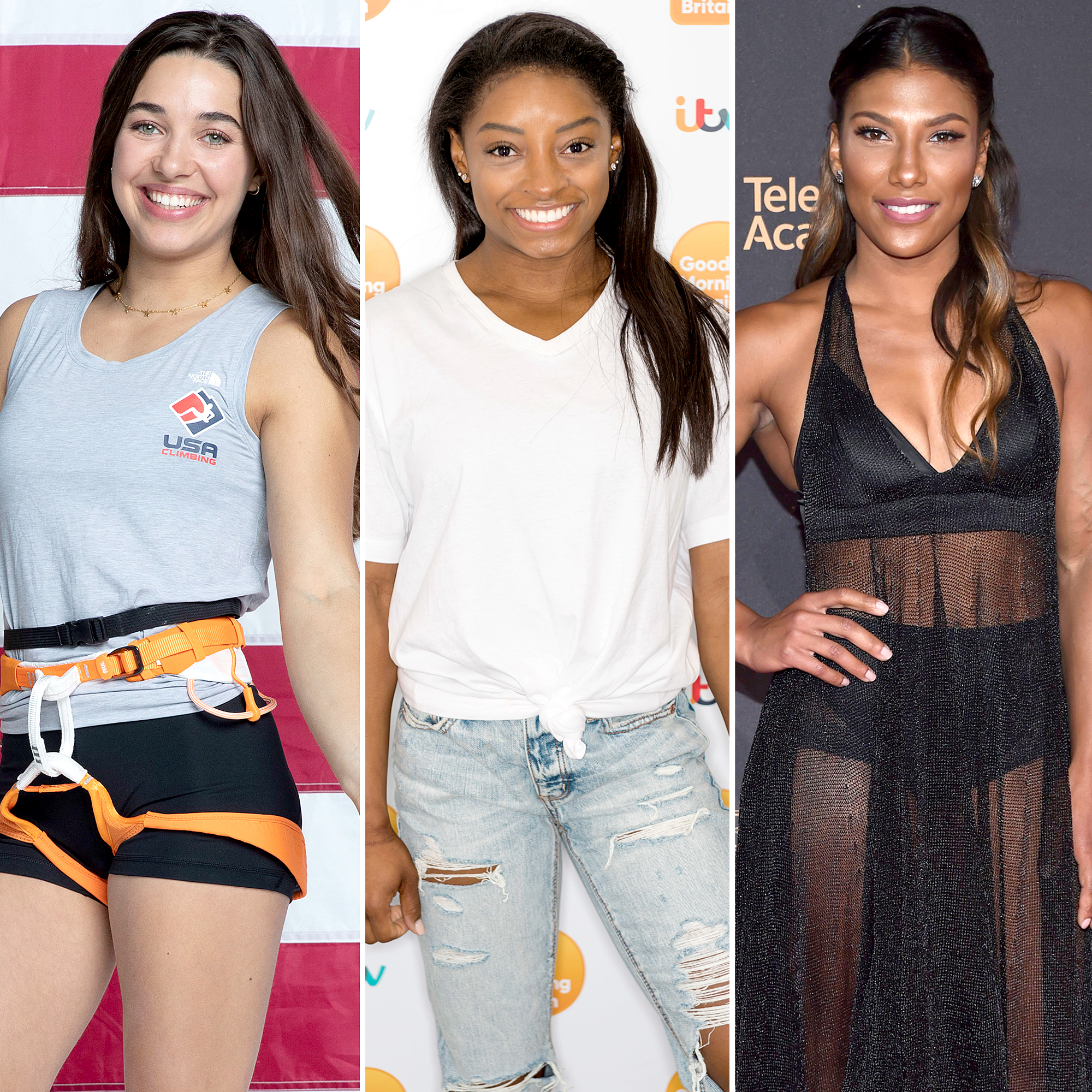 “One of my really, really close friends, and she’s like a sister to me, Meagan Martin,” Raboutou explained of Martin, who is also on USA Climbing’s Board of Directors. “She’s also a Ninja Warrior and climber. She’s always inspired me as well [to believe] she can do anything, and we can do anything.”

However, the person that inspires her most is her mother — who also happens to be a champion rock climber. Robyn Erbesfield-Raboutou is a 4-time Climbing World Cup champion, and though the Olympics never included climbing during her glory days, Robyn’s daughter says the 57-year-old still shines when she’s in her element.

“My mom has always been big [hero]. She’s a several-time world champion back in the days and one of the best climbers. And she still is, which is, I think, even cooler now that she is just as strong, if not stronger now, than she was back then,” Brooke gushed. “And she’s always taught me there’s nothing that I can’t do because I’m a girl or a woman. So that’s always inspired me a lot.”

With both her mother and Brooke’s father, Didier Raboutou, being champion climbers, the sport is always part of family conversations. However, Brooke recalled that she had to draw the line between Robyn’s roles as mentor and mother when she was young.

Olympic Athletes: Where Are They Now?

“We definitely talk about [climbing],” Brooke told Us. “It’s kind of hard to put on off when it’s a huge part of all of our lives, but, like, when growing up, my mom was my coach as well, and we were on a team. So sometimes we’d have to find that [balance], like, you’re not my coach, you’re my mom right now. This is the off button.”

Watch the video above to learn more about Raboutou ahead of her first Olympic games.