When Emily Caudill learned she had an ovarian germ cell tumor at the age of 25, she did not want to undergo chemotherapy. An accomplished bluegrass fiddler, she knew that hearing loss is a common side effect of some chemicals — so common that drugs harmful to the ear have acquired an adjective: they are ototoxic.

Because Ms. Caudill’s mother broke down in tears, she acquiesced to a cycle of infusions. Eight months later, a recurrence led to a bone-marrow transplant. Ms. Caudill emerged with no evidence of disease; however, she could not hear higher frequencies: bird songs, children’s voices, her own violin. She qualified for (not always effective) hearing aids which, along with a mild stroke induced by treatment, meant that she had to reconceptualize her life.

Though she would have to relinquish a performance career, Ms. Caudill found that she could feel the vibrations of the violin in her chin and on her neck. In high school, she had read about the Nordoff-Robbins approach to music therapy, which provides techniques for disabled people to become active participants. After watching the documentary “Touch the Sound” about the deaf percussionist Evelyn Glennie, she decided to train as a board-certified music therapist and ended up working in one of the cancer centers at which she had received care: Indiana University’s Simon Cancer Center, where I receive treatment.

I first met Ms. Caudill at a writing workshop where she shared her history. Last fall, she offered to show me how this noninvasive, nonpharmacological approach might aid other patients. 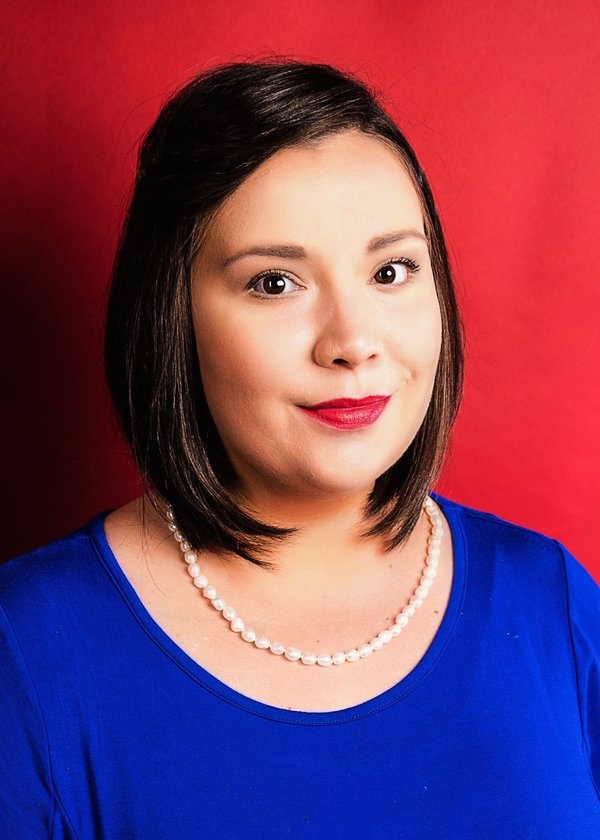 She took me to visit a patient who had been a nurse for almost 30 years before being diagnosed with acute lymphoblastic leukemia. After Ms. Caudill rechecked the patient’s consent to have the session observed, we entered her darkened hospital room and seated ourselves on either side of her.

Ms. Caudill unpacked what looked like a dulcimer but turned out to be a reverie harp. The pentatonic tuning of the wooden instrument ensures that it can be played by anyone without producing dissonance. Soon the patient and I were leaning back, listening to the plucked strings accompanying Ms. Caudill’s voice. She guided us through a meditation like those often done at the close of yoga classes. For about 10 minutes, I focused on breathing in and out during descending and ascending notes, on relaxing my limbs and letting stray thoughts go.

The ailing nurse, wiping tears from her cheek, explained that she was trying to make peace with her decision to continue chemotherapy, but not to undergo a bone-marrow transplant. At my leave-taking, we both teared up, wishing each other the best of luck.

Ms. Caudill and I then went to a conference room to discuss music therapy with my husband, Don, and our friend Alexandra, who has engaged in music ministry. Music must be an especially effective form of therapy, Don supposed, because it directly expresses and creates emotions. Alexandra agreed. Singing in a choir for and with people impaired by dementia, she has witnessed elderly men and women who could not remember their own names recalling verbatim the words of beloved hymns.

“Music lights up neurons between the right and left hemispheres of the brain,” Ms. Caudill said. “It can also aid in neuroplasticity, helping the brain form new connections.” A stress reliever, music is used to recover speech, improve walking and assist in the retrieval of memories. Popular and classical melodies can be infinitely modified to meet various backgrounds and tastes.

[Read more about the use of music for mental health.]

Sometimes depressed patients are encouraged to compose new lyrics to a favorite song that can then convey their reactions to their condition. Ms. Caudill recorded a lymphoma patient singing her version of Shawn Mendes’s “In My Blood” and upon discharge gave her an MP3 of her new “anthem”: “Sometimes I feel I should give up, but I can’t. It isn’t in my blood.”

Others strum the reverie harp with Ms. Caudill or hum while she accompanies on guitar. She has drummed with relatives awaiting a family member’s medical decisions. One man asked for help choosing music for his own memorial; Ms. Caudill calls this legacy work and adds that it also involves facilitating life review, reminiscing and aiding in the clarification of values and beliefs through discussions of song lyrics.

In Oliver Sacks’s “Musicophilia: Tales of Music and the Brain,” the renowned neurologist drew on the “enormous and rapidly growing body of work on the neural underpinnings of musical perception and imagery” that started to evolve in the 1980s. It seeks to explain why those with brain injuries, epilepsy, Alzheimer’s, Parkinson’s, autism and strokes “may respond powerfully and specifically to music (and, sometimes, to little else).” With these misfortunes, as with cancer, rhythms and harmonies can deliver “Proustian mnemonics,” giving patients access to lost words and worlds. Or they can simply provide the solace of auditory pleasure when few other delights can be experienced or recalled.

Professionals like Ms. Caudill meet the spiritual, psychological or aesthetic needs of the afflicted by producing sounds testifying to the fact that beauty continues to exist in the world. Witnessing people in circumstances that have conspired to warp their sensory faculties and to reduce them to passivity, music therapists offer patients perhaps the only activity conceivable — that of listening — as a pathway to becoming sensate and thus incontestably attuned to the animating realization of still being alive and responsive.

Music has worked for me as a fail-safe sedative. During a fraught 17-day stay in the hospital because of post-surgical infections 10 years ago, Beethoven’s Cavatina furnished the only moments during which I was released from suffering. Don had brought me the CD, along with a portable disk player.

If you are a patient and music therapy is available at your treatment facility, ask for it. If not, ask that it be put on the menu. “One good thing about music,” Bob Marley sang, “when it hits you, you feel no pain.”

Susan Gubar, who has been dealing with ovarian cancer since 2008, is distinguished emerita professor of English at Indiana University. Her latest book is “Late-Life Love.”