Not having it! Wendy Williams called out Christie Brinkley over the injury she suffered during rehearsals for Dancing With the Stars, which ultimately forced her to drop out of season 28.

“She fractured her shoulder and her wrist practicing over the weekend. Well, that looked fake as hell,” Williams, 55, said on The Wendy Williams Show on Monday, September 16, regarding the footage of the supermodel’s injury, which aired on Good Morning America earlier in the day. “Let me tell you what I see. What I see is a 65-year-old hot stuff who looks like if you were going to fracture anything, you should have said the tailbone. I don’t see a wrist and a shoulder being fractured, but that was real cute.”

Williams then speculated that Brinkley, 65, allegedly plotted her injury to help get her daughter Sailor Brinkley-Cook on the competition show. “Here’s my thought, OK. Dancing With the Stars called Christie Brinkley and said, ‘Do you want to do Dancing With the Stars?’ And she said, ‘Yes.’ After she got off the phone, that’s where she plotted her scheduled [injury],” Wendy speculated. “She signed up knowing that she put her daughter in there. You know her daughter is beautiful.” 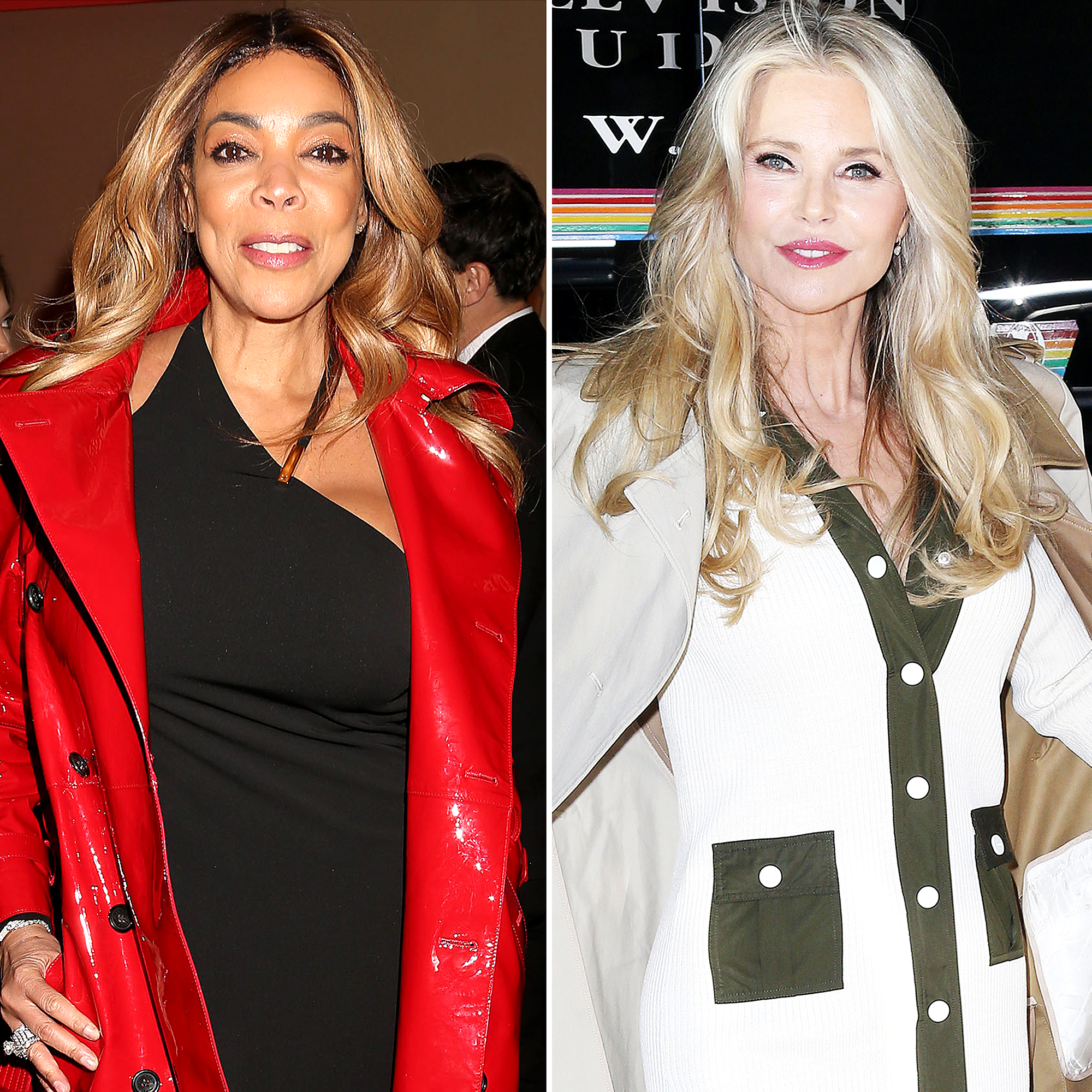 Williams continued, “Sailor is a Sports Illustrated model, but that’s not like being Kendall Jenner — supermodel of the world. In order for girls to get this leg up, it takes more than beauty. You have to have cash. There’s a lot of eyeballs watching, and Christie really doesn’t need that.”

The Ask Wendy author, who competed on season 12 of DWTS in 2011, concluded that audiences “don’t need [Brinkley] to dance with the stars” because they “know who she is, from the beginning to the end.”

Brinkley announced her exit from DWTS via Instagram on Monday, noting that “shattering my arm was quite literally a crushing disappointment.”

“I just broke my arm into a 1000 pieces, requiring surgery with a metal plate and screws to hold my arm together,” she captioned the social post, which accompanied a pic of Sailor in a ballroom dance outfit. “I’m so sorry if I’ve disappointed anybody! Only something as bad as this could stop me from continuing to dance with my wonderful coach for @dancingabc … I was having a blast!!!!”

In her departure statement, she confirmed her model daughter Sailor would step in for her. Brinkley claimed she had to “convince” the 21-year-old to “overcome serious stage fright to replace me on the show.”

“Sailor always meets her challenges head on and realized she did not want to be defined by her fears,” Brinkley wrote. “So with just hours to learn my routine, she is turning my defeat or should I say two left feat [sic] into her own victory of courage! … And Sailor, thank you for taking a very disappointing turn of events into something very special!”

Sailor, meanwhile, issued a response to her mother’s update on her Instagram Stories. “Surprise!!! This has been a whirlwind of emotions,” she wrote. “But all I can say is wish me good luck.”

Season 28 of Dancing With the Stars premieres on ABC on Monday, September 16, at 8 p.m. ET.