The Real Housewives of New York City wrapped filming months ago, but the drama never stops.

During the fight, Sonja seemingly accused Tinsley of not being ungrateful for everything that she has done for her. The two women had the same argument last year during season 10 of RHONY. 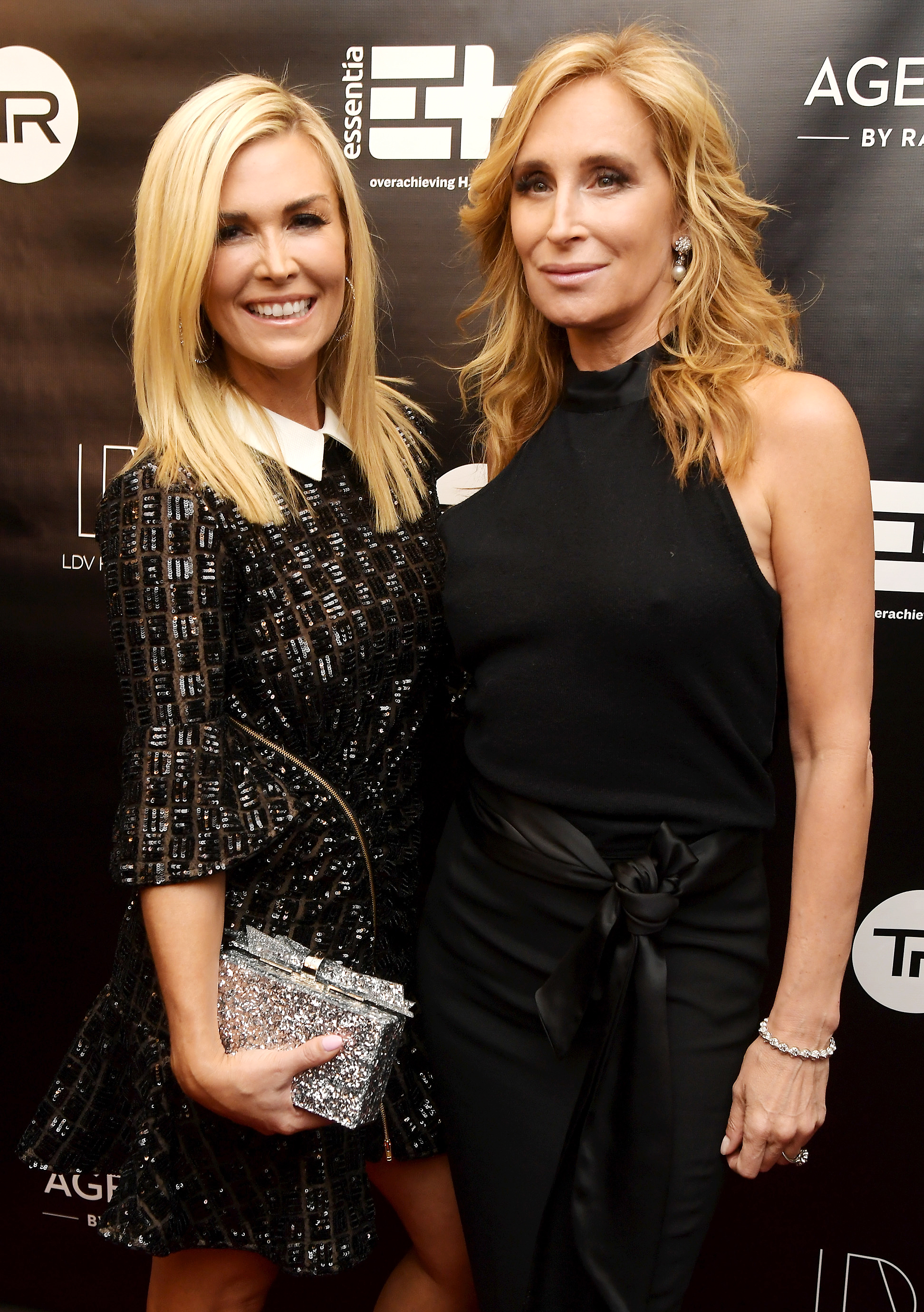 The socialite, who stayed with Sonja when she returned to NYC from Palm Beach in 2017, fired back.

“I literally walked in after being abused mentally, physically by a man,” Tinsley said, referring to someone she dated before she joined the Bravo series. “You know what Sonja Morgan, if you’re going to do this bulls–t with me right now!”

After Sonja accused Tinsley of always making things “about her,” the designer claimed that she was responsible for the High Society alum being hired by Bravo.

“Did I bring her on the show or not?” Sonja asked several times after LeeAnne screamed that they arrived at the destination.

The pair seemingly got along fine earlier on Sunday while riding on a float with Andy Cohen and several other Bravolebrities including Teresa Giudice, NeNe Leakes, Melissa Gorga, Margaret Josephs, Captain Sandy Yawn and their RHONY costar Dorinda Medley.

Tinsley even reposted a photo of her kissing Sonja on the lips during the parade via Instagram Story.

“Had a greeeeat time with my #Bravo family celebrating #pride in #nyc ?️‍?,” Sonja captioned a group photo on Monday, July 1, via Instagram. “I was overwhelmed with joy by the turnout. So much love for #equality in #NYC ?yet so far to go for ALL.? Let’s do it??? #rhony #shahs #southerncharm #rhoa #rhonj #andycohen.”

Bravo has yet to publicly comment on the drama between Tinsley and Sonja. The Real Housewives of New York City season 11 reunion kicks off on Thursday, July 11, at 9 p.m. ET.