“Brian was very much into rap and hip-hop way back in the day. It’s still a big part of his life. He doesn’t like to admit it,” the Zombie Tidal Wave star told Us exclusively, while Green, 46, repeatedly asked him to stop.

“Remember when everyone had answering machines at home and you had a little remote to make it replay? Well I wanted to come up with a creative message and Brian helped me with it,” he revealed. He then asked Green to give him a beat but when he refused, Doherty provided one. 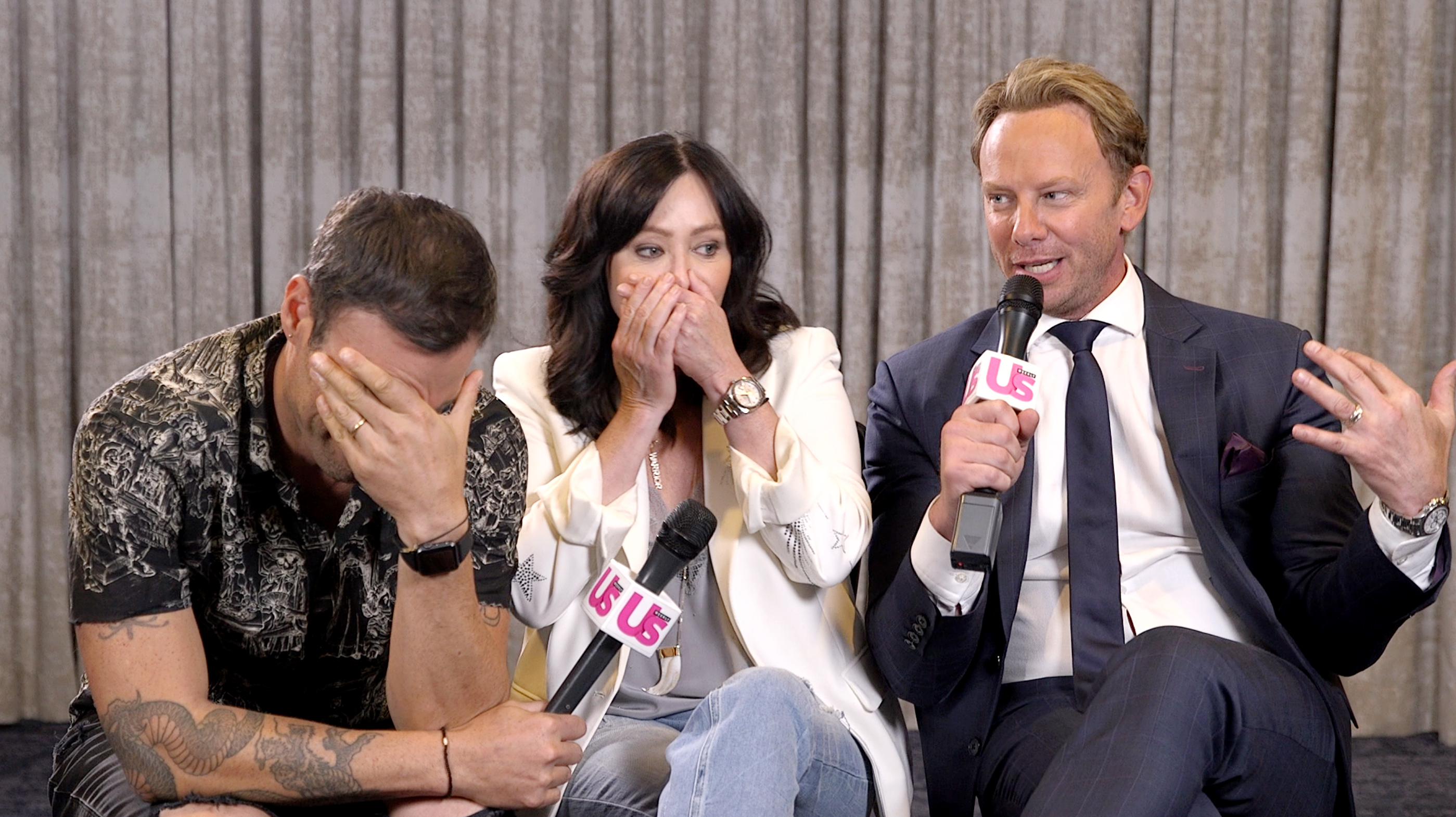 With that, Ziering began rapping. “My name is Ian and I ain’t home, so leave a funky-ass message on my telephone. And I’ll get back to you when I got time, that’s right I kick it with a funky rhyme. Peace.”

However, there was one part he got wrong and the Anger Management alum jumped in to correct him. Watch the full video above!