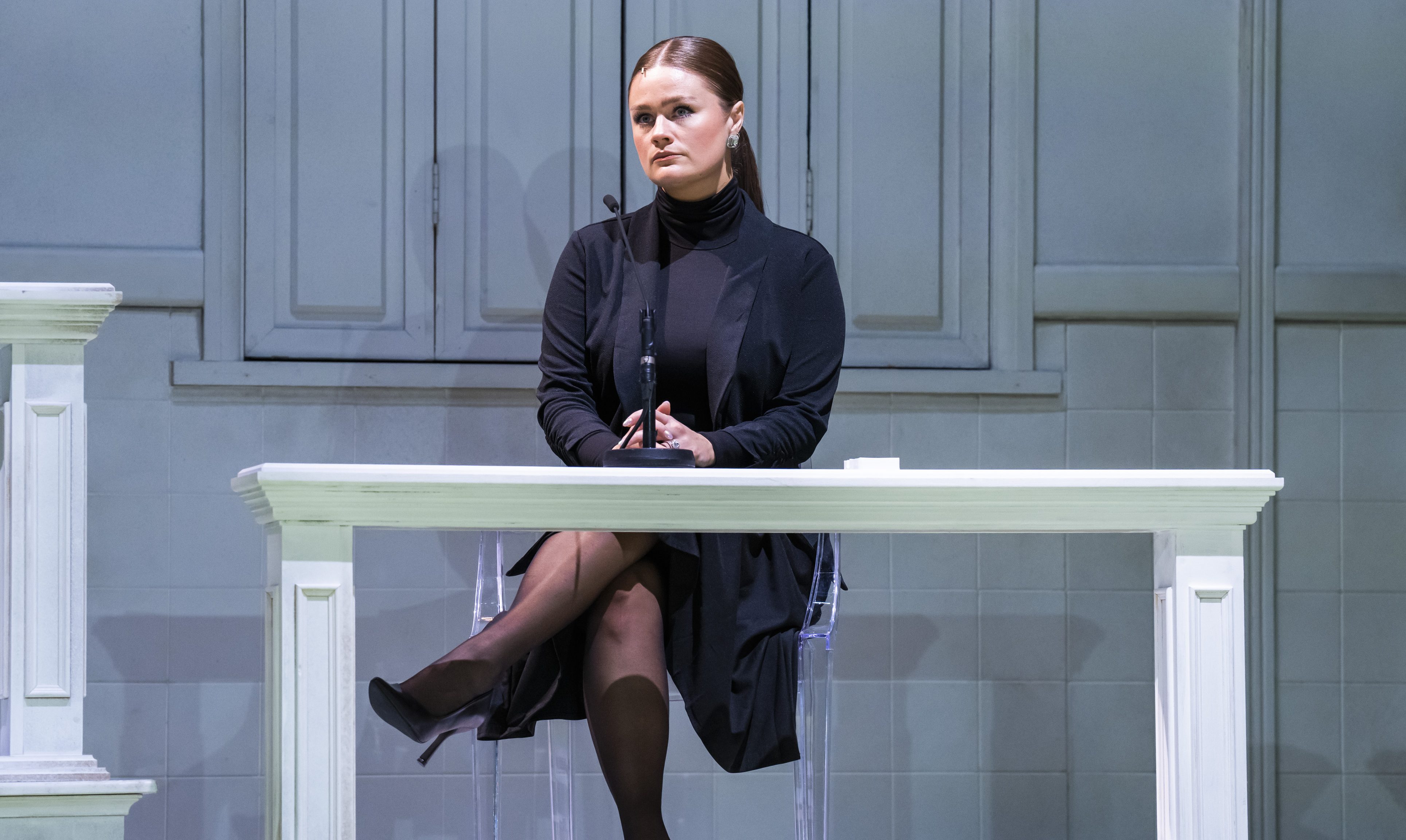 The greatest football contest of all time is back – with fouls, swearing and underhand tactics aplenty. No, I’m not talking about the World Cup, but the theatrical re-enactment of the best footie entertainment we’ve seen all year; the Wagatha Christie trial.

And now it’s being played again on a totally different field, live on stage. So step up Rebekah Vardy. Limp forward, Coleen Rooney.

For anyone who’s been living in a lead box for a few years, Wagatha Christie is the moniker given to a sensational trial between footballers’ wives. In 2019, Rooney claimed that Vardy was leaking private stories to the press, and cleverly created a sting to prove it.

By July 29, 2022, Vardy had accused Rooney of libel, taken her to the High Court, and lost. Now, mere months after the event – talk about fleet footwork – adaptor Liv Hennessy condenses  seven days’ worth of court transcripts  into a quickfire piece of hilarious  verbatim theatre.

In a stroke of genius, she also provides two excitable football-presenter style pundits (Sharan Phull and Nathan McMullen; terrific) to comment on the action from the sides, and clarify some of the knottier legal manoeuvres. In a witty touch, designer Polly Sullivan makes the courtroom look like a football pitch.

All the juicy nuggets are there: the snarky WhatsApp messages, the mysteriously lost files, the missing crucial evidence of a key player (Vardy’s agent) who was excused on mental health grounds, the barrister who doesn’t know what FFS stands for. And once more we can revel in the contrast of seeing legal pomp and ceremony smushed up against the exclamatory triviality of low-rent chequebook journalism.

There are laughs aplenty, caused by the perfectly timed delivery of the litigants and their lawyers. ‘Ha ha! She deffo did it!’ says Vardy, suddenly spotlit, in a gloriously Disney-queen evil voice when reciting the text she sent to her agent. Lucy May Barker is brilliant as the hard-bitten and woefully unself-aware Vardy. Referring to the sting, barrister Hugh Tomlinson KC asks Rooney, ‘Why weren’t you honest?’ ‘Because I didn’t want to be,’ she replies. Laura Dos Santos is wonderfully touching as Rooney, displaying just a careful hint of steel. Jonathan Broadbent and Tom Turner are excellent as the lawyers, revelling in all the legal showmanship.

It must be said that after Vardy’s jaw-dropping contradictory evidence in part one, the tension drops a little when hearing the sensible and self-aware Rooney in part two. That’s no fault of the text or performers – just the nature of the beast. And no, there’s no examination here of the pitfalls of social media or of public complicity in the horrors of fame. Maybe that’s for another time. It seems Channel 4 has a drama in the pipeline based on the case, which might do all the contextual heavy lifting.

But for now, seeing the whole shebang reduced to an upmarket panto feels just about right. The High Court has never been such fun.