Welcome to Best of Late Night, a rundown of the previous night’s highlights that lets you sleep — and lets us get paid to watch comedy. We’re all stuck at home at the moment, so here are the 50 best movies on Netflix right now.

“I got that real feeling of déjà coup,” said Stephen Colbert in his “Late Show” monologue.

“It’s one year and four days since we finished up the last impeachment trial of the same president, February of 2020. Oh, we were so young then. I long for a simpler time, when people hiding from Nazis and not leaving their house for months were just the plots of ‘Jojo Rabbit’ and ‘Parasite.’” — STEPHEN COLBERT

“I don’t know about you guys, but I am stuffed with wings and nachos from my impeachment trial party.” — JIMMY FALLON

“That’s right, two impeachments are historic, but just like Tom Brady, Trump won’t rest until he gets to seven.” — JIMMY FALLON

“Today, Trump became the only president ever to face a second impeachment trial, which is pretty impressive when you consider he only showed up to work about half of the time. I mean, if Trump really applied himself as president, we could be on impeachment number, like, 35 by now.” — TREVOR NOAH

“But you can definitely tell this impeachment is the sequel, because the sequel always has to turn things up to 11. The original impeachment was like: ‘Listen to this diplomat describe a phone call as you ponder the meaning of quid pro quo.’” — TREVOR NOAH

“And I know that this vote might make the trial seem pointless now, yes, but just because we know how the trial will end, it doesn’t mean the trial shouldn’t take place. I mean, when you’re watching ‘Law & Order,’ right, do you turn it off in the first five minutes when the cops interview a dentist who obviously killed his patient to cover up an affair? Of course not! You watch the whole thing because then you get to say, ‘I knew it!’ when you end up being right.” — TREVOR NOAH

“Today, 44 Republican Senators voted that the trial was unconstitutional, because they don’t want to have this trial. Well, tough nuts. The country’s like a bar. The last president puked in the bathroom. Somebody’s got to clean it up, or we can’t use the bathroom anymore. Oh, you’re the ones who decided to be a busboy. So grab a mop and do your job. But if you can’t find a mop, use Rand Paul’s hair.” — STEPHEN COLBERT

“The reason they’re even having this trial is because he sent maniacs on a panty raid of their office. They’re just too afraid to do the right thing because Trump and his bag of boiled nuts will then target them.” — JIMMY KIMMEL

“You know what they say, gentlemen: see no evil, hear no evil makes you seem really evil.” — STEPHEN COLBERT

“After how it went today, I’m worried that Trump is gonna get the chair.” — TREVOR NOAH

“Trump’s lawyer is giving the speech you give when you have to stall because the actual lawyer is stuck in traffic.” — TREVOR NOAH

“Trump is probably watching this at home like: ‘What the hell is wrong with this guy? The ad on the side of the bus said he was the best. Why would he be on the bus if he’s not the best?’” — TREVOR NOAH

“Castor was so rambling, there were times it seemed like his plan was to put everybody to sleep, then grab the Articles of Impeachment and just tiptoe out. Even C-SPAN tried to save their ratings by switching to live testimony from the House subcommittee on paint drying.” — STEPHEN COLBERT

“If the Senate had an orchestra pit, they’d be playing him off.” — JIMMY FALLON

“Given who his boss is, I’m pretty sure that was his opening and closing statement. [As Trump] ‘You’re fired.’” — JIMMY FALLON

“Now, Castor only had a week to prepare for the trial and has never met with Trump in person, which is honestly a good legal strategy. Like, ‘Hey, man, the less I know, the better.’” — JAMES CORDEN

“[Imitating Castor] I am the lead prosecutor — sorry, the defense — here to prove the president is guilty — sorry, innocent — and should be sent to jail — sorry, to Mar-a-Lago. Wow. I guess Freud’s mom’s got my penis, I mean, cat’s tongue!’” — STEPHEN COLBERT

The Bits Worth Watching

What We’re Excited About on Wednesday Night

Kristen Wiig will catch up with Stephen Colbert on Wednesday’s “Late Show.”

Also, Check This Out 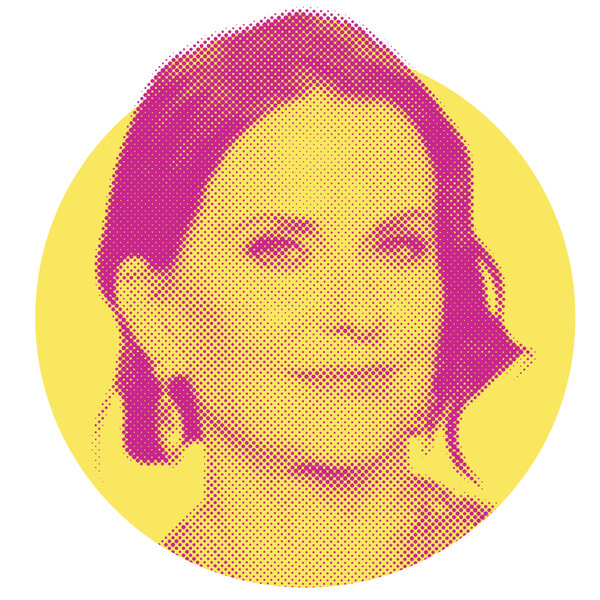