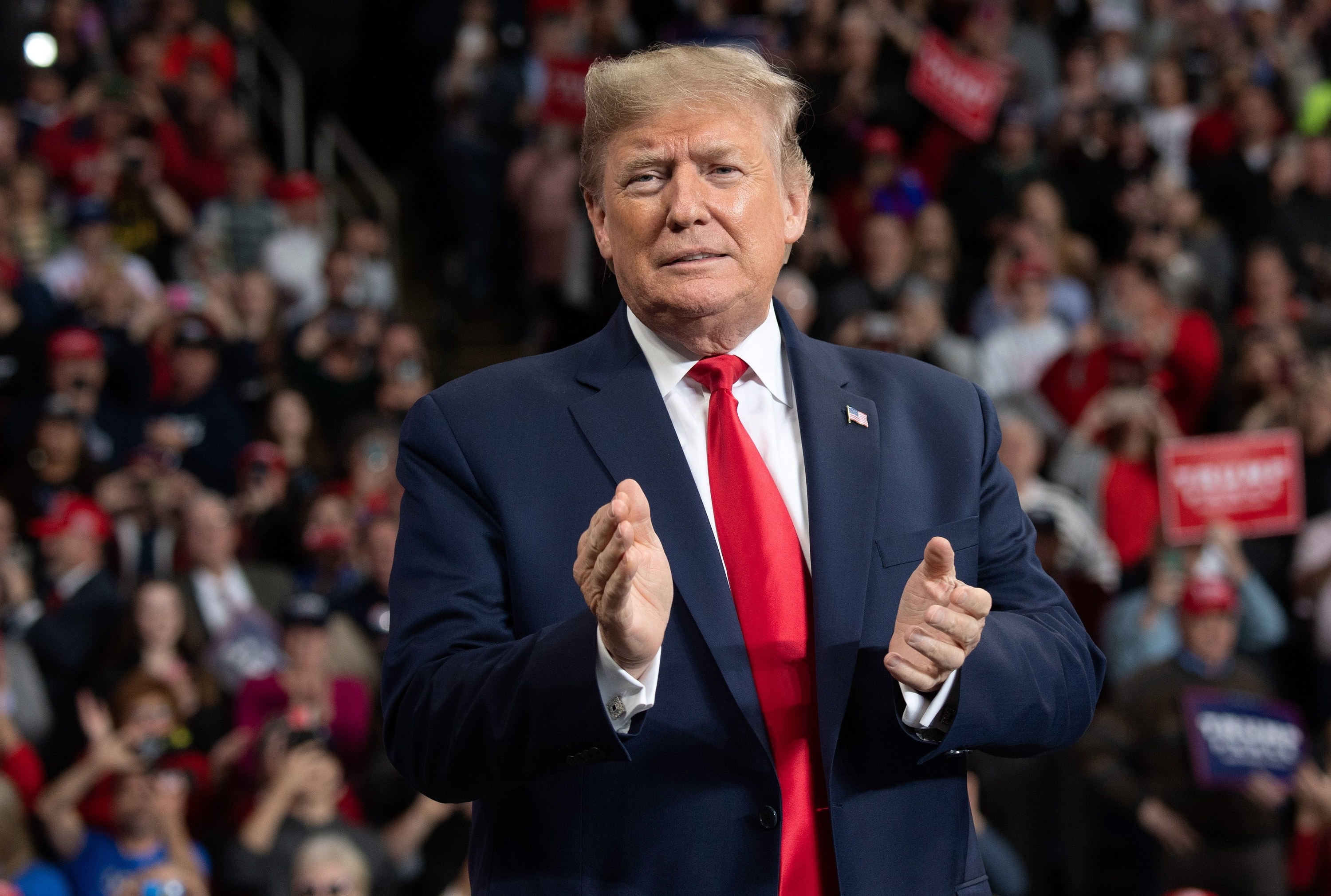 When Donald Trump ran for president in 2016, moderates and liberals noted he hadn’t embraced the strident right-wing agenda of his evangelical running mate, Mike Pence. But on Thursday, Trump’s White House kicked off a press briefing with a few words of fealty to the faithful base: “Happy Religious Freedom Day.”

And what day it promised to be for Christian conservatives, who have witnessed their agenda rise the past three years in a mountain of new policies. On a call with reporters, the White House announced a dozen new rules and guidance memos designed ensure less regulation and more money flows to religious organizations, churches, and social service providers — while advancing prayer in public schools.

Most theatrically, Trump will hold an Oval Office event with kids on Thursday “celebrating” new guidance to affirm the right to prayer in public elementary, middle, and high schools, according to Joe Grogan, a former pharmaceutical lobbyist who is now director of the US Domestic Policy Council. “It will empower students and others to know and exercise their rights,” he said.

Second, the Office of Management and Budget will tell states that federal grants must also be dispersed to religious organizations, including churches and public schools, in addition to secular groups. Specifically, the administration will tell federal grantees that they cannot condition sub-awards in a way that disadvantages applicants based on their religious character. Grogan cited the case of Trinity Lutheran Church of Columbia, a Missouri church that successfully argued at the Supreme Court for a government grant to refurbish its playground. Grogan said the new rule would undo damage from the Blaine Amendments — laws enacted by 38 states that bar taxpayer money from flowing to religious schools.

“After Trinity Lutheran,” Grogan said, “it’s obvious that these laws are unconstitutional.”

The White House did not answer questions from BuzzFeed News on Thursday about the scope of this directive — for instance, would federal money pay for teachers at Catholic schools or religious Christmas plays?

Next up Thursday, nine federal agencies will issue draft rules to free social service organizations from some current requirements. The Obama administration had issued rules in 2016 that said religious social service providers that use federal tax money must tell beneficiaries — the people who use their services — that alternative organizations could provide the same services; the religious groups would then need to provide a referral to go somewhere else. (For example, a Christian drug treatment center would need to let Jewish patients know about other facilities that can help them.) Now Trump is directing nine agencies to reverse those regulations.

One senior administration official on the press call, who asked not to be named, said the Obama-era requirements created an unfair “burden” that secular organizations didn’t have to bear. Trump’s effort to rescind those requirements for referrals, the official said, “is another step in the administration’s commitment to give religious organizations an equal seat at the table.”

“This places religious student groups on equal footing as secular groups at institutions of higher education,” the official said.

“Religious freedom” has become a tool-of-choice for the Trump administration to enact numerous new policies that allow discrimination in the name of constitutionally protected beliefs and cut loopholes in federal civil rights policies.

In 2019, for example, the Department of Labor proposed a regulation to let businesses with federal contracts cite religious objections as a valid reason to discriminate against their workers on the basis of LGBTQ status, sex, race, ethnicity, national origin, and other characteristics. The same year, the Department of Health and Human Services’ Office of Civil Rights said it would allow faith-based foster care and adoption agencies receive federal funds funds, even if they refuse same-sex parents

Former attorney general Jeff Sessions had been particularly bullish in protecting religious employers, saying in a guidance memo they may hire workers “whose beliefs and conduct are consistent with the employers’ religious precepts” and that “the federal government may not condition receipt of a federal grant or contract on the effective relinquishment of a religious organization’s hiring exemptions.”

The Justice Department in 2017 instructed federal agencies and attorneys to protect religious liberty in a broad, yet vague, guidance memo that critics feared could give people of faith — including government workers and contractors — a loophole to ignore federal bans on discrimination against women and LGBT people.

That came on the heels of the Trump administration arguing to the Supreme Court that a Christian baker had a First Amendment right to deny a gay couple a cake for their wedding. The Justice Department also formed the Religious Liberty Task Force to find examples of religious entities being denied government funds, saying the practice “must, and will, stop.”

Grogan summed it up Thursday: “This administration is committed to using every tool at its disposal to protect the rights of faith-based organizations to operate without unlawful government impediment.”

“Taken together,” he said of the developments on Thursday, “these actions exemplify the president’s commitment for free exercise for individual believers and for religious organizations.”