Prince William and Prince Harry finally reunited on July 1 to commemorate their late mother’s 60th birthday at Kensington Palace with a special statue unveiling. The two brothers were seen walking side-by-side on their way to the Sunken Garden behind the walls of the iconic home, which has housed royal family members for decades. Despite ongoing reports of a feud between the two, Prince William and Prince Harry looked comfortable around one another, with the younger prince sporting his quintessential smirk. 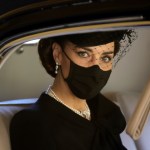 Of course, it was an incredibly emotional day for the pair, as they remembered their late mother, Princess Diana, who would have celebrated her 60th birthday today. The brothers have been dedicated to the task of seeing every detail for the occasion fully realized. And it’s their collaborative effort that is giving us so much hope after months of wondering what the future holds for these two royals. 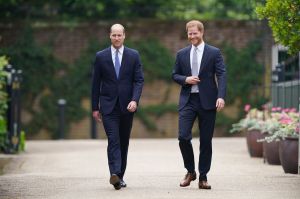 Prior to the final unveiling, which featured a gorgeous statue of Diana, Princess of Wales, with each arm wrapped tenderly around a child, the Duke of Cambridge and Duke of Sussex spent “months collaborating on the design” of the memorial, per a report from The Telegraph. The two even focused on the small details of their mother’s likeness, which included “advising the sculptor on how her nose should look,” per the same report. The final product was, indeed, a “youthful” representation of Princess Diana, which harkened back to her days working with children as a teacher before she was thrust into the spotlight and royal life. 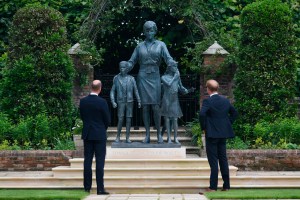 Princess Diana was completely dedicated to her two boys during her life, and would’ve hated to see them feuding with one another when they have endured so much together. Although this isn’t a sure sign that tensions have relaxed between the brothers, it’s definitely a start. We cannot help but feel just a little bit hopeful that this meaningful, collaborative effort between the two royals to honor their mother opens a new chapter for their relationship.

Before you go, click here to see the best photos of Princess Diana playing with William and Harry.