After preventing the US ambassador to the European Union from testifying Tuesday, the White House sent a letter to House Speaker Nancy Pelosi saying it wouldn’t participate in any other interviews or requests. 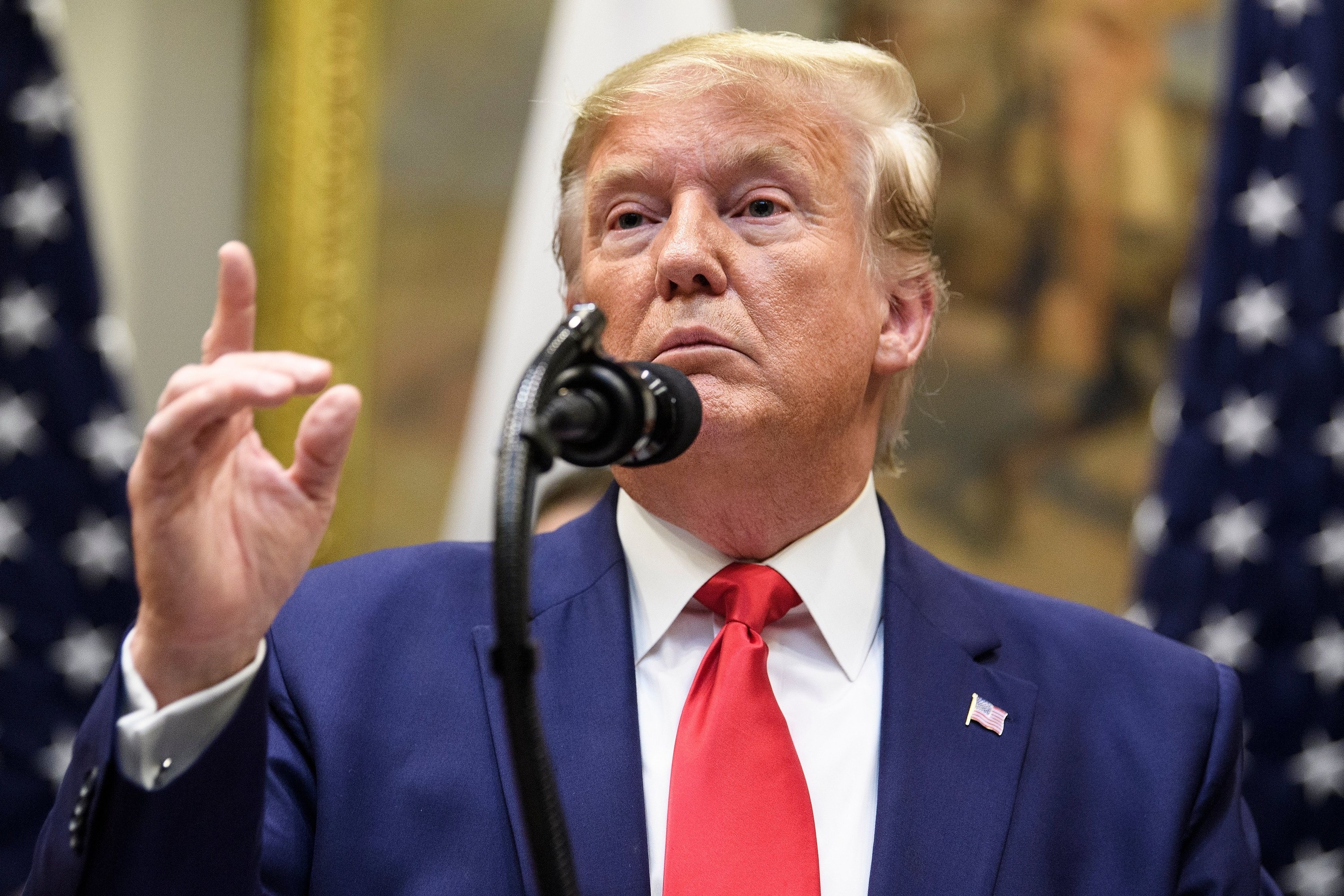 WASHINGTON — President Donald Trump’s administration said it will not participate in any interviews or requests in the House’s impeachment inquiry, using a letter to House Speaker Nancy Pelosi and Democratic committee chairs on Tuesday evening to call the probe unconstitutional.

“Given that your inquiry lacks any legitimate constitutional foundation, any pretense of fairness, or even the most elementary due process protections, the Executive Branch cannot be expected to participate in it,” White House counsel Pat Cipollone wrote in the letter.

In a call with reporters shortly after the letter was sent, a senior administration official confirmed the administration plans to block all testimony and document requests related to the inquiry going forward “under the current circumstance.”

“The administration will have a full halt because this is not a valid procedure for going about an impeachment inquiry,” the official said.

But the official declined to say whether that could change and would also not outline what the White House would want changed in order to agree to cooperate in the probe.

“We don’t want to speculate about hypotheticals or draw red lines. We’re definitely not saying — we’re avoiding saying that there’s no way we’ll ever cooperate,” the official said.

In his letter to the House, Cipollone argued that the impeachment inquiry is unconstitutional in part because the Trump administration does not have access to witnesses or the ability to cross-examine them. He also wrote that House Democrats should give Republicans equal power to subpoena witnesses.

Cipollone wrote that allowing administration officials to testify and provide documents to the House under those circumstances would “inflict lasting institutional harm on the Executive Branch and lasting damage to the separation of powers” and said that Democrats had “left the President no choice.”

“Consistent with the duties of the President of the United States, and in particular his obligation to preserve the rights of future occupants of his office, President Trump cannot permit his Administration to participate in this partisan inquiry under these circumstances,” he wrote.

Cipollone also noted that the full House has previously voted on whether to open an impeachment inquiry before beginning a formal investigation. While some Republicans have called for a vote in the full House, Speaker Nancy Pelosi has declined, noting that it is not legally required.

The senior administration official argued that while the Constitution does not lay out explicitly how an impeachment inquiry should be conducted in the House, “precedent is completely on our side.”

Cipollone’s letter comes hours after the White House prevented Gordon Sondland, the US ambassador to the European Union, from testifying before three House committees about Trump’s interactions with Ukraine.

Even prior to the impeachment inquiry, Trump and his lawyers have spent months fighting congressional subpoenas related to the administration’s actions as well as Trump’s personal businesses and financial information. The president has also made the case that Congress has little, if any power, to investigate a president personally.

Zoe Tillman contributed to this story.