A newly announced hip-hop and R&B festival set to be held in Los Angeles in May has some fans yelling “fyre” after some interesting reports emerged on the lineup.

The artists basically read as a list of late ’90s and 2000s nostalgia and honestly, seeing them all together would be epic. According to the lineup released by Goldenvoice on social media, the headliners to the festival are Lauryn Hill, Usher, Ludacris, Lil’ Jon, and TLC.

Some fans were stoked for this incredible throwback fever dream.

Especially when Usher and Lauryn Hill shared it on their Instagram stories. 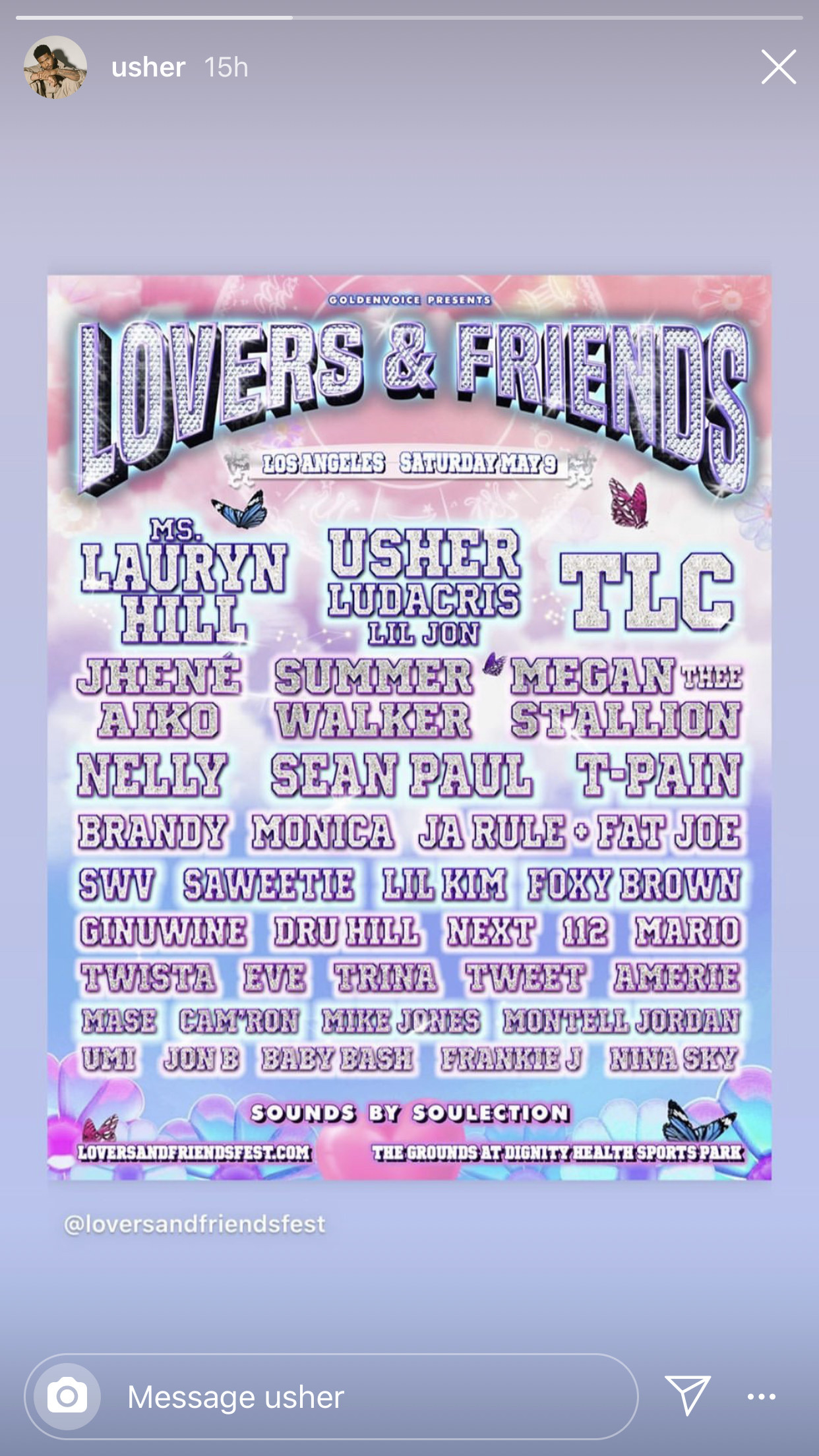 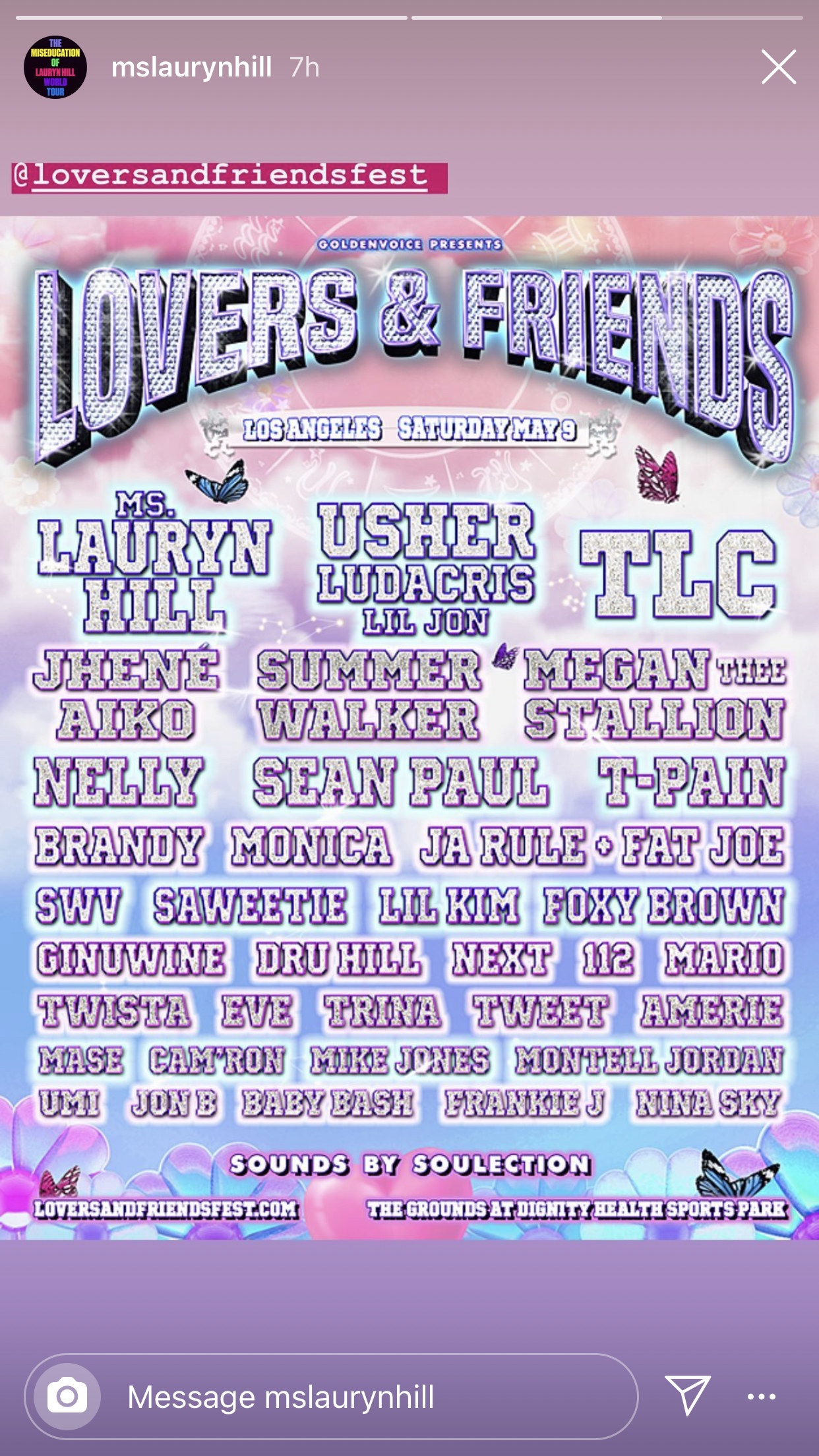 However, pretty soon some fans got out their 🕵️‍♀️ and noticed some things that seemed rather fishy.

For one, they pointed out that Megan Thee Stallion is also scheduled to play the Broccoli City Festival in DC on May 9.

Also, multiple of the artists listed on the flyer are also on the lineup for the Rolling Loud Festival in Miami that same weekend. According to that festival’s website, T-Pain is scheduled to play on May 9.

Megan Thee Stallion and Saweetie are scheduled for May 8, so conceivably could make another show the next day (except Megan is supposed to be in DC also).

In addition, some artists listed on the lineup began to speak out. In a now-deleted Instagram story, Lil’ Kim shared the lineup and wrote, “This is so fake. I am not a part of this.”

In a comment on Instagram, Mase also seemed to deny he was performing. “Best wishes on the show but please take my name off of this flier,” he wrote.

To make matters even more confusing, Twista initially also denied he was a part of it. Then he wrote on Instagram that he actually would be there.

Still more artists, like Lil Jon and Ludacris, were silent.

In response to an inquiry from BuzzFeed News about the confusion, a spokesperson for Goldenvoice, the company behind the festival said, “Our festival is 100% confirmed. Lineups are always subject to change.”

As all the rumors spread around Twitter, people began to say it seems the lineup may be too good to be true.

And of course there were lots of jokes.

Congrats, we all played ourselves.

Late on Tuesday though, another twist: Snoop Dogg announced on Instagram that he is one of the organizers of the festival and it is NOT a scam.

He spoke directly to Lil’ Kim, asking her to DM him to ensure she “gets this money” by being a part of the tour, saying he thought he had talked to her people already.

But some are saying, worth it.

BuzzFeed News is contacting the artists listed in the lineup to see if they are performing. No one has yet confirmed or denied.