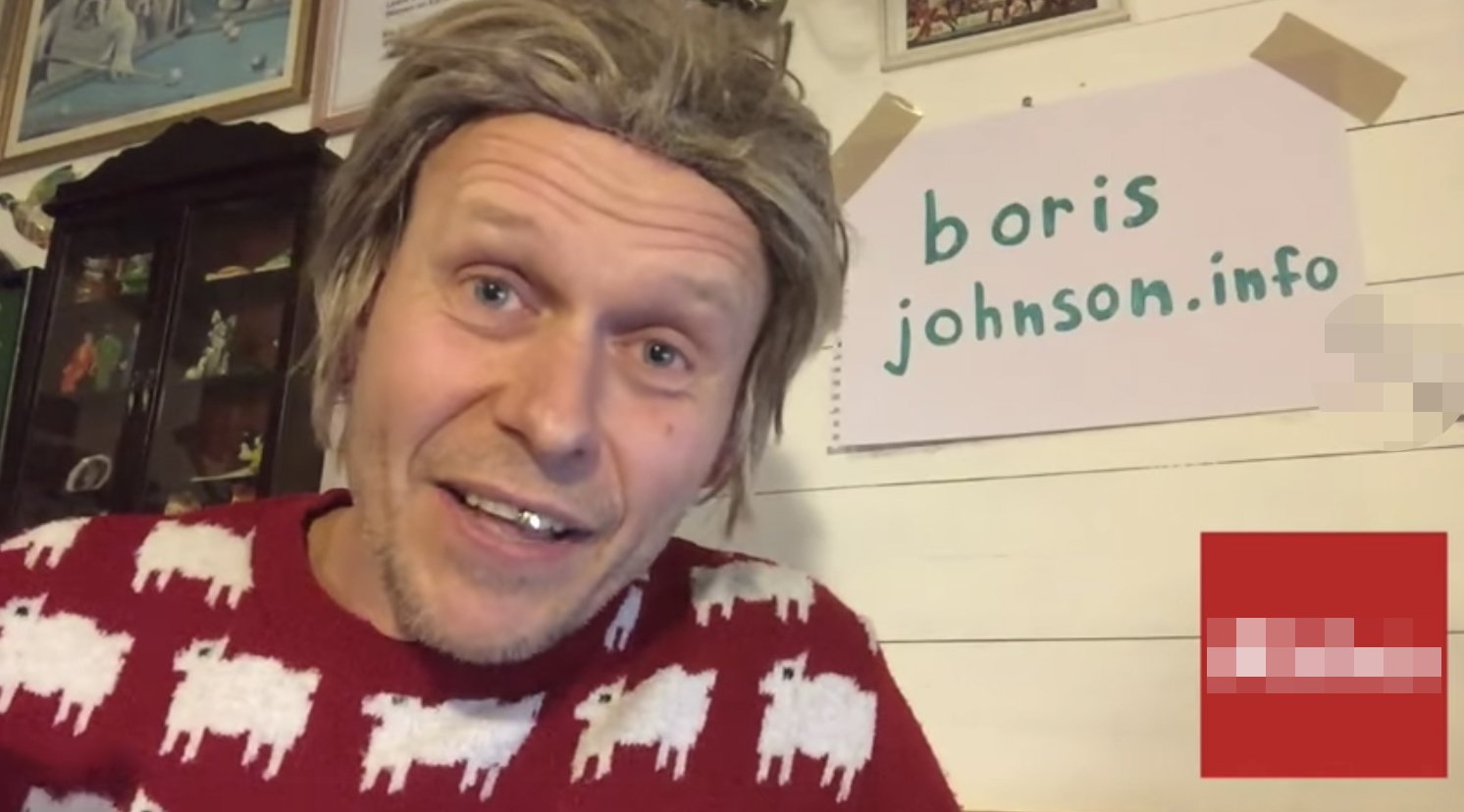 LadBaby – comprised of Mark and Roxanne Hoyle – made history this year as their Food Aid song, featuring Martin Lewis, soared to the top, making it their fifth Christmas number 1.

They’re the only artist to ever achieve the feat, as it’s something even The Beatles didn’t manage.

Meanwhile, The Kunts placed seventh with their song named F**k The Tories, which is actually too explicit to be played on radio.

The Essex punk band is known for their sweary protest songs, having previously given us back-to-back festive singles aimed at former Prime Minister Boris Johnson.

Mocking LadBaby following their triumph, The Kunts appeared to accuse the chart-topping duo of ‘swindling’ the public.

They tweeted a mock up of a musical poster, with images of Mark and Roxanne eating sausage rolls, in reference to a previous tune.

‘The Great Sausage Roll Swindle’, they added to the image, which featured Ed Sheeran and £50 notes.

‘No. 7. You can’t beat the system but the minute you stop banging your head up against it they’ve won,’ they wrote in the tweet.

‘Thank you all you certain sorts of person. It is life-affirming to know so many of you also can see through all the b******s. F**k them and F**k The Tories. X’

Despite not breaking into the top five this year, The Kunts received plenty of support from their social media followers.

‘Another campaign to be proud of! 3rd top 10 in 3 years despite being blacklisted and smeared by practically every big name in the media. Hold your heads high lads’, one fan replied.

‘Be proud mate and know that one day we will beat the system’, tweeted another.

Meanwhile, LadBaby’s 2022 release has been raising money amid the poverty and hunger crisis, with a feature from Money Saving Expert Martin Lewis.

The song has shifted a total of over 65,000 chart units and delivered the fastest-selling single of 2022 to date.

Profits from the single will be split equally between food bank charity The Trussell Trust and the Band Aid Trust, given that the song is a re-interpretation of Band Aid’s 1985 Christmas Number 1 single Do They Know It’s Christmas?