On the heels of collections inspired by Disney villains and the musical “Moulin Rouge”, The Blonds’ presented another spectacle, this one centered on the idea of fashion as religion.

“We wanted to have this sort of idea of symbols and icons that we feel inspire us, make sense and what the future holds too,” David Blond told Reuters. “So it’s all kind of clashing together.”

Fans cheered as Phillipe Blond opened the presentation dressed in gold and wearing a crown of “thorns”.

Owing to their corporate sponsorship by Motorola, maker of the Razr Smartphone, and Pitta, which manufactures face masks, the design duo also incorporated the companies’ products into their collection.

David Blond said their intention in fashion was to push boundaries beyond the average pret-a-porter fare.

“What we like to do is something that really borders on fantasy and reality,” he said.

“It’s a combination of costume and fashion. There really isn’t a way to define it because for our clients, this is their work wardrobe … It’s not for the average person.”

Models sported looks in sparkling, shimmering golds and silvers, from strapless mini-dresses to embroidered, lushly embellished pant suits, with the backdrop of a glowing white cross. 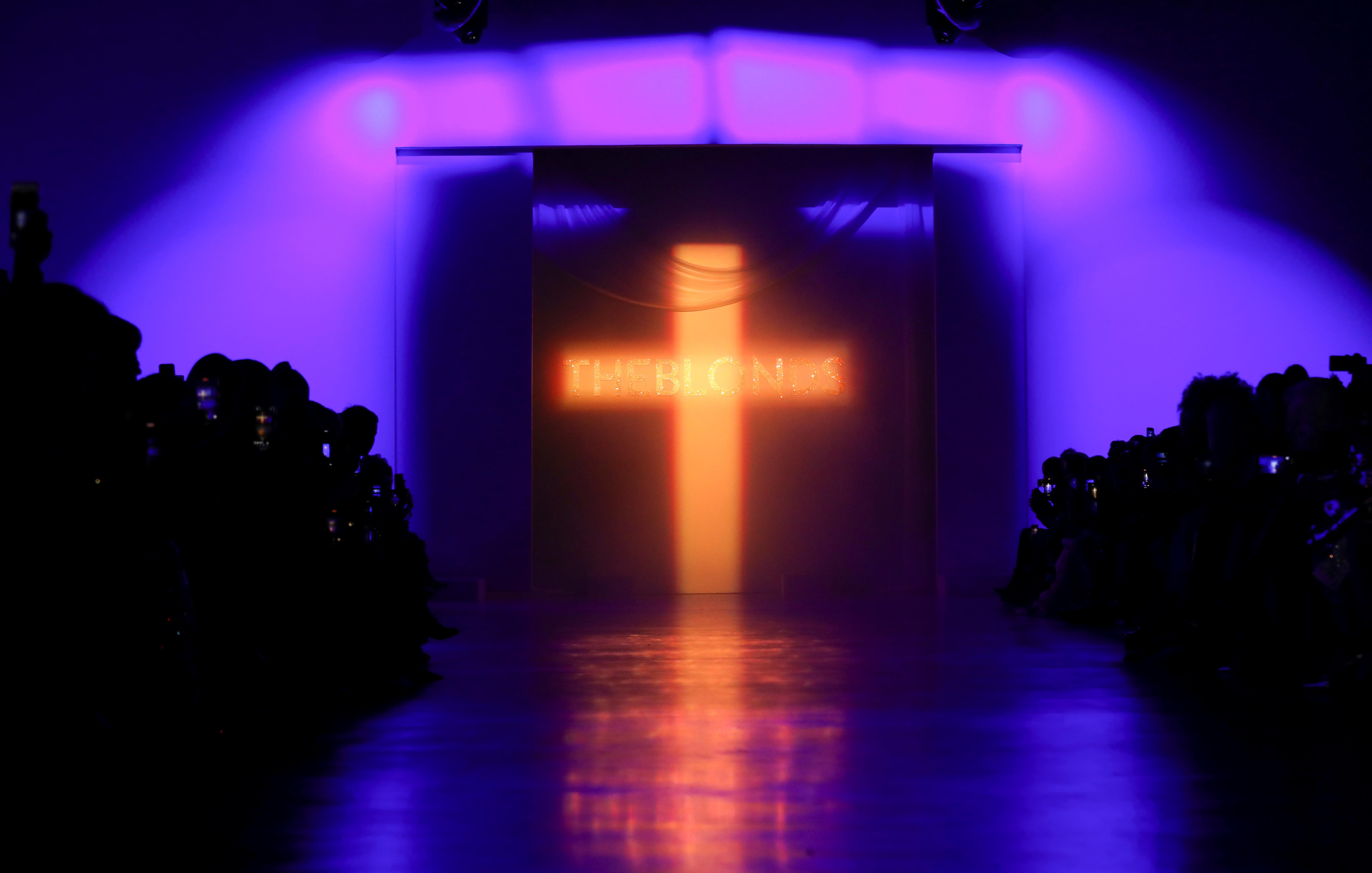 New York Fashion Week has seen some of its limelight diverted this season by the Oscars, which were presented in Hollywood on Sunday.

The Blonds’ show still managed to attract its usual share of celebrities, including Padma Lakshmi, Lisa Rinna and Amanda Lepore.