Every month, streaming services in Australia add a new batch of movies and TV shows to its library. Here are our picks for January.

The second season of this fast-paced, nostalgia-spiked martial arts melodrama ended in a big brawl, leaving some of the show’s feuding characters nursing their wounds while others were left to deal with the consequences from the authorities. Season three picks up in the immediate aftermath of the melee, and continues to focus primarily on how all this trouble affects the lives of the series’ two main adults: Daniel (Ralph Macchio) and Johnny (William Zabka), from the 1984 movie “The Karate Kid.” As always, “Cobra Kai” balances action and angst with just a touch of tongue-in-cheek self-awareness.

Nicolas Cage brings his weirdo charisma to this fun docu-series, which delivers exactly what it promises: compact lessons in the history and etymology of our most popular profanities. Cage’s host segments and narration fill the gaps between the whimsical animated interludes and the interviews, which feature both insights from knowledgeable scholars and comments by foul-mouthed comedians. While the tone of “History of Swear Words” is goofy, the content is genuinely informative.

‘Pieces of a Woman’

Reminiscent of other gripping “everything falls apart” dramas like “Uncut Gems” and “Marriage Story,” the at-times unbearably intense “Pieces of a Woman” stars Vanessa Kirby as an expectant mother who endures a nightmarish labor, followed by a long legal battle that tests her values and exposes the fragility of her personal relationships. An outstanding cast — which includes Molly Parker and Ellen Burstyn — brings some spark to a story that has very few moments of brightness or hope. The writer-director team of Kornél Mundruczó and Kata Wéber want audiences to live through something terrible, and to learn something from their characters’ worst experiences. 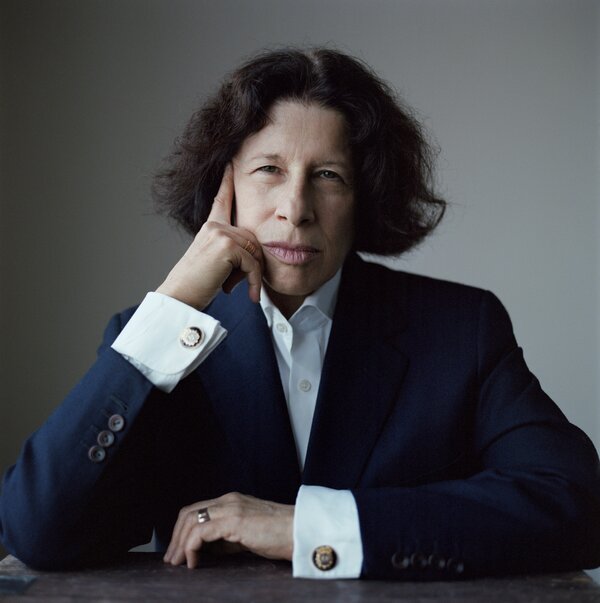 The director Martin Scorsese and his crew turn their cameras on the outspoken New York humorist Fran Lebowitz, and then just let her riff at length about the past, present and future of human existence. Scorsese and Lebowitz collaborated previously on the feature-length documentary “Public Speaking,” about her life and career as a writer and raconteur. But the docu-series “Pretend It’s a City” is much less formal. It’s more of an extended hangout session, edited together from different interviews and public appearances, shot all around the city — New York — that these two love the most.

In the 1980s, some enterprising drug traffickers figured out how to convert the high-end luxury narcotic cocaine into a form that was cheaper, more potent, and easier to mass produce. Almost overnight, crack began devastating Black communities across America, raising alarm in the media and giving a few Reagan-era politicians new ways to terrify their constituents. In Stanley Nelson’s fascinating documentary “Crack: Cocaine, Corruption & Conspiracy,” the filmmaker reflects on the origins of the epidemic, considering the many ways powerful people used it to exploit the vulnerable.

‘Night Stalker: The Hunt for a Serial Killer’

During a booming economic era for Los Angeles in the mid 1980s, the city was terrorized by a serial rapist and murderer dubbed “the Night Stalker.” In the chilling four-part docu-series “Night Stalker: The Hunt for a Serial Killer,” some of the people involved in hunting down this criminal — eventually identified as Richard Ramirez — talk about the stress of the pursuit, and how difficult it was to catch a man whose pattern of behavior defied logic. What emerges from this story is a study of someone who seemed drawn to evil for its own sake, as the ultimate way of disturbing the peace.

The two-part, 20-episode first season of the animated fantasy spoof “Disenchantment” introduced the story of an unconventional princess nicknamed “Bean” (voiced by Abbi Jacobson), who’d rather have rowdy drunken adventures than marry some drippy prince. As the second two-part season begins, Bean’s wild wanderings around the kingdom have caused major problems for her family, provoking a crisis. The show’s creative team (led by “The Simpsons” and “Futurama” creator Matt Groening) clearly have fun riffing on the trappings of sword-and-sorcery sagas; but all the while they’ve been making a pretty good one of their own, with a story that gets more involving with each new batch of episodes.

In the high school dramedy “Bump,” Nathalie Morris plays Oly, a gifted Sydney teenager whose plans for her future are upended when one day she goes into labor and has a baby before any of her family members or classmates even realized she was pregnant. This situation is ripe for farce or for social satire, but here it’s played more for poignancy, as the grown-ups in Oly’s life realize they don’t know much about her — or her fellow teens, for that matter.

When “Gossip Girl” debuted in 2007, its twisty story of romance and betrayal among wealthy young New Yorkers became a sensation. When the co-creators Josh Schwartz and Stephanie Savage wrapped the show after six seasons, it had become hugely influential on the tone and style of high school melodramas that followed. These 121 episodes are filled with enough intrigue and emotion to overshadow a dozen imitators.

Based on the beloved Terry Pratchett fantasy fiction series “Discworld,” this off-kilter police procedural is set in a futuristic city on another planet, where — in Pratchett’s books at least — multiple varieties of genre fiction and classical literature converge. The TV version strips away some of the elements of parody and homage, aiming for something more like a familiar serialized cop show, liberally spiked with anarchic zaniness. Pratchett fans may be disappointed that “The Watch” isn’t a more straightforward adaptation of the books, but newcomers might appreciate the show on its own kooky terms.

It’s hard to believe that this increasingly unclassifiable series started out as a darkly comic mystery, about a group of self-absorbed young New York pals who make a succession of terrible choices while acting as amateur detectives, investigating an acquaintance’s disappearance. As “Search Party” begins its fourth season, it’s become much deeper and heavier than it once was, with story lines that involve murder, kidnapping and courtroom drama. The one constant throughout has been the remarkable lead performance of Alia Shawkat, playing a woman whose simple boredom and disaffection have led her to serious trouble.

One of the best sitcoms of the 2010s — although it failed to draw much support from viewers or critics during its four years on the air — “Survivor’s Remorse” is about the pressures facing a young basketball star after signing his first big professional contract. The show’s creator Mike O’Malley finds plenty of humor in the culture clash that ensues when a family that used to eke out a living suddenly has millions of dollars to throw around. But this series is also impressively cleareyed about how hard it is for a promising Black athlete to find his voice when his fans would rather he shut up and play ball.

A sense of ancient history as an inherently alien landscape charges up “Britannia,” an action-packed drama set in the first century A.D., during the time when the Romans tried to extend their empire to the British Isles. The show contains all the sex and violence common to similar adventure series, combined with some historical inquiry into the moment when two very old civilizations pitted their strengths — and their belief systems — against one another.

The premise of Kemp Powers’ play “One Night in Miami …” goes like this: In 1964, not long after the boxer Muhammad Ali beat Sonny Liston to become the heavyweight champion, he met with his spiritual adviser Malcolm X and two of their equally famous friends — the singer Sam Cooke and the NFL star Jim Brown — in a motel room, where they talked about what they’d already accomplished and what they could do going forward to inspire Black Americans. Or at least that’s which extrapolates from these four men’s real history and friendship to imagine what their conversations must’ve been like. The director Regina King’s film version of the play is as fascinating as the idea behind it, and is brought to life by a stellar cast: Leslie Odom Jr. (Cooke), Aldis Hodge (Brown), Kingsley Ben-Adir (Malcolm) and Eli Goree (Ali).