The Archers returned to BBC Radio 4 on Monday, with a “new style” forced upon the show by the coronavirus lockdown.

Large cast recordings with interaction between multiple characters have been scrapped in favour of monologues recorded at the actors’ homes.

“It might take a few episodes for listeners to get used to the new style,” said Charlotte Martin, who plays busybody Susan Carter.

“It will be different [but] I think it will be enjoyable,” she said.

The rural drama resumed after a three-week break in which classic episodes kept listeners in touch with the residents of Ambridge.

The first voice to be heard in the “lockdown era” was Tim Bentinck, who plays David Archer.

The actor said he was “incredibly proud” to be pioneering the new format.

“As from Monday, the story of the now-virus-hit Ambridge will be told from the minds of the village characters, in a way that has never been heard in all its sixty-nine years,” he wrote on Twitter.

I'm incredibly proud to be the first Archers cast member to be heard in its new format. As from Monday, the story of the now virus-hit Ambridge will be told from the minds of the village characters, in a way that has never been heard in all its sixty-nine years.

For the first time, listeners will get to hear what the characters “really think”, he continued.

Although the characters will be subject to the same restrictions as the rest of the UK, the plot won’t focus solely on coronavirus – with upcoming episodes featuring storylines about Tracy and Harrison competing to become captain of the village cricket team, and a minor emergency caused by a broken down forage harvester.

“We binned 12 scripts and five weeks’ worth of storylines that were about to be written,” he told Radio Times.

“We then started inventing stories that were set in Ambridge, where the coronavirus had now arrived, that could be told in a way that both reflected the lockdown and could be recorded in the cast’s homes. 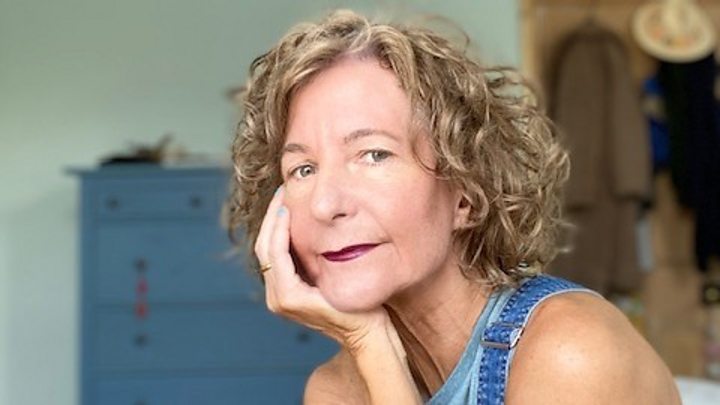 For the actors, the lockdown meant recording their monologues at home in hastily-constructed makeshift studios.

Annabelle Dowler, who plays Kirsty Miller, has been recording her scripts in her daughter’s wardrobe, surrounded by duvets and and an old mattress to mask any external noises.

On her Twitter account, she shared a photo of the notice she’d attached to the wardrobe door, warning her children to keep their distance.

“Stay away and be silent otherwise you will get into trouble with the BBC and we will have no iPlayer for the rest of the lockdown!”

Heading into Ambridge today and seriously hoping they don’t follow me in. ⁦@BBCTheArchers⁩ pic.twitter.com/0g9qGNYCuR

Her co-star Charlotte Martin explained the challenges of recording in her bedroom.

“A studio is soundproof, whereas suddenly we were having to do it in our own homes,” she said.

“I’ve got my two daughters home and making sure everything is quiet, that nobody is opening doors, that was tricky. I think my husband came up the stairs at one point and we had to redo that!”

She added that, as the crew adapt to new ways of recording the 69-year-old drama, they might be able to start incorporating more voices.

“There may be ways that we can get actors talking to each other or create ways in which we can interact with more than one character at a time, but that will be in the future.”

In the meantime, the lockdown has provided one character with a lucky escape.

Before the lockdown, Kirsty was due to marry handyman Philip Moss, who listeners recently discovered was an illegal gangmaster – employing slave labour in his building firm.

For now, at least, those plans are on hold.