Prepare to suffer from an acute case of home envy, because Kelly Clarkson is selling her Tennessee mansion — and it looks like the setting of a Southern fairytale. Now that she’s staying on the west coast to film The Voice and her new hit talk show, the 37-year-old singer has decided to part ways with her east coast digs. And that means listing her home of seven years on the luxury real estate market for $7.5 million. Here’s what we know about the palatial property.

According to Parks Realty, who is listing the home, it’s located just outside of Nashville in the suburb of Hendersonville, Tennessee. With 20,121 square feet, 7 bedrooms, and 9 ½ bathrooms, there was undoubtedly plenty of room for Clarkson, husband Brandon Blackstock, and the couple’s kids: Savannah and Seth (from Blackstock’s previous marriage), and River and Remington.

The home was built in 2007 and is an outdoor lover’s paradise with four acres set along the Old Hickory Lake shoreline. A two-boat covered boathouse with a lift means you can cruise along the waterway anytime you want, while an impressive pool and sand volleyball court would make staying home just as appealing. And don’t even get us started on the Tennessee mansion’s interior! We’d be content just to live in the kitchen. 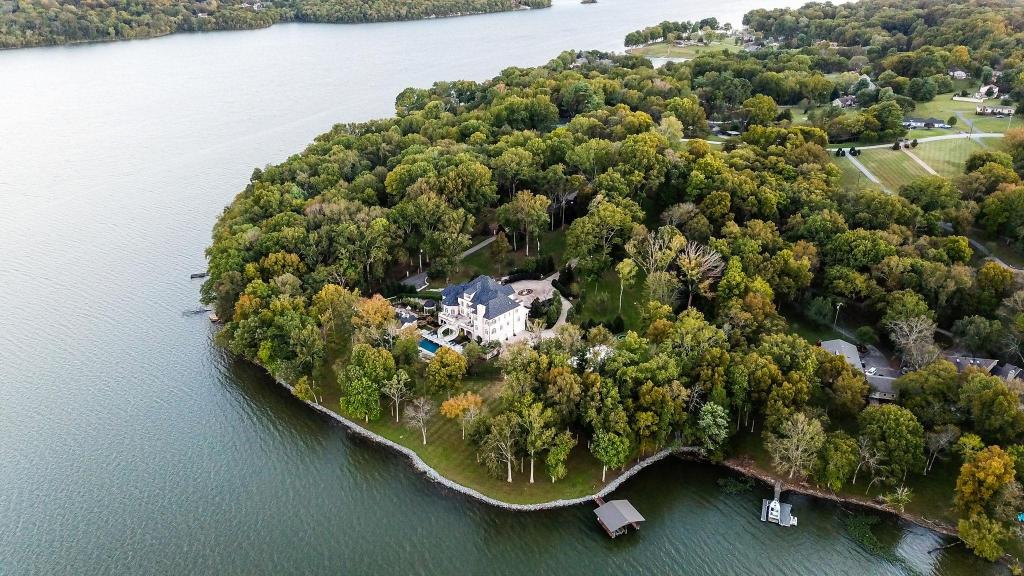 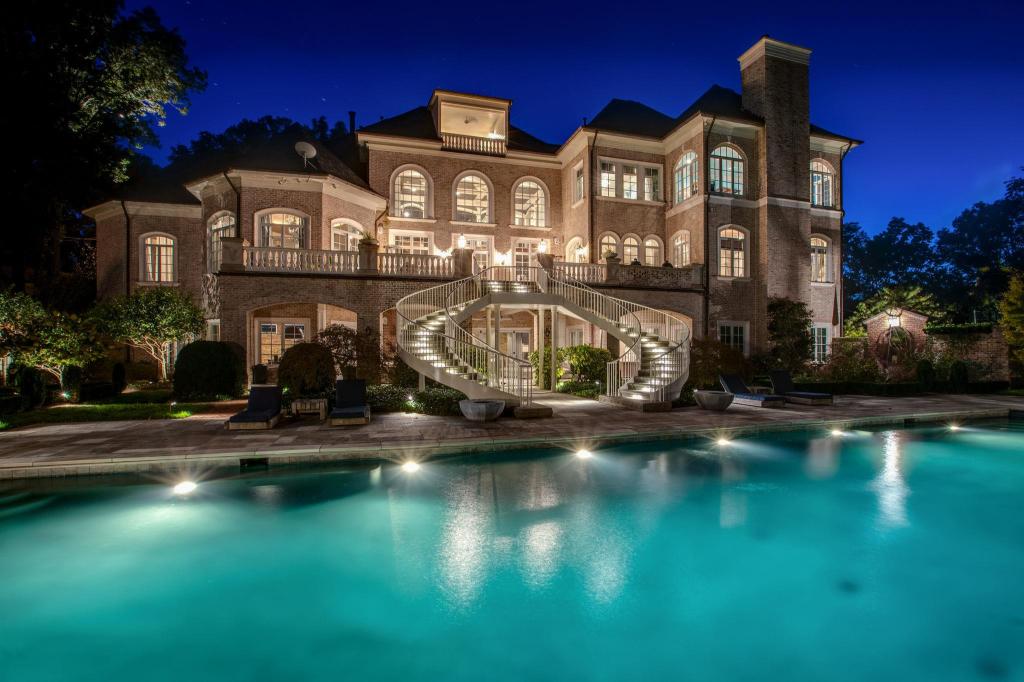 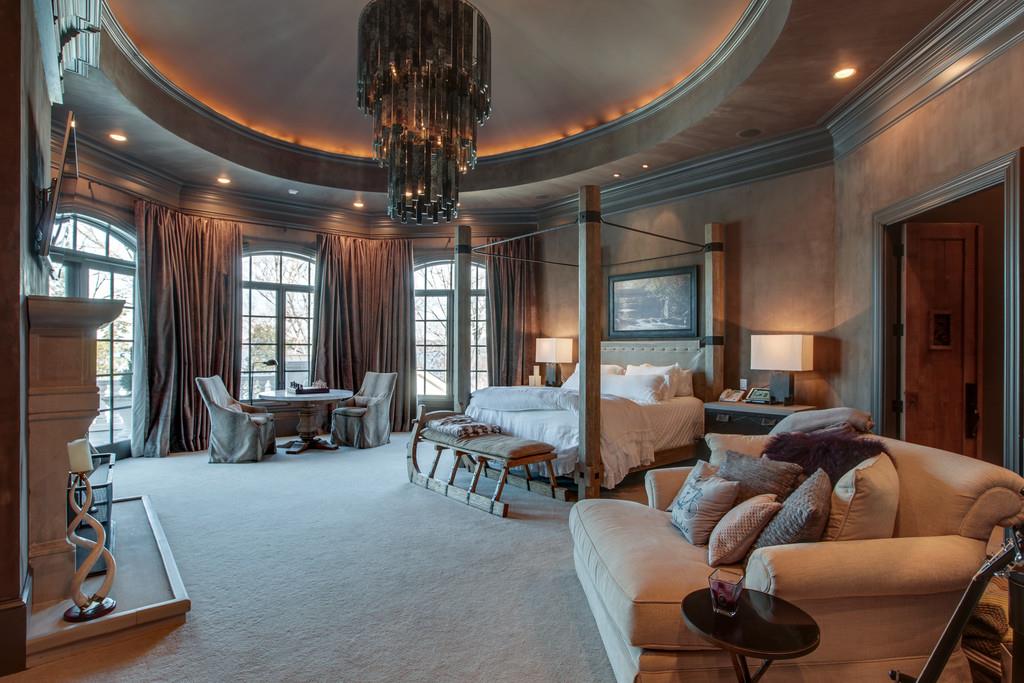 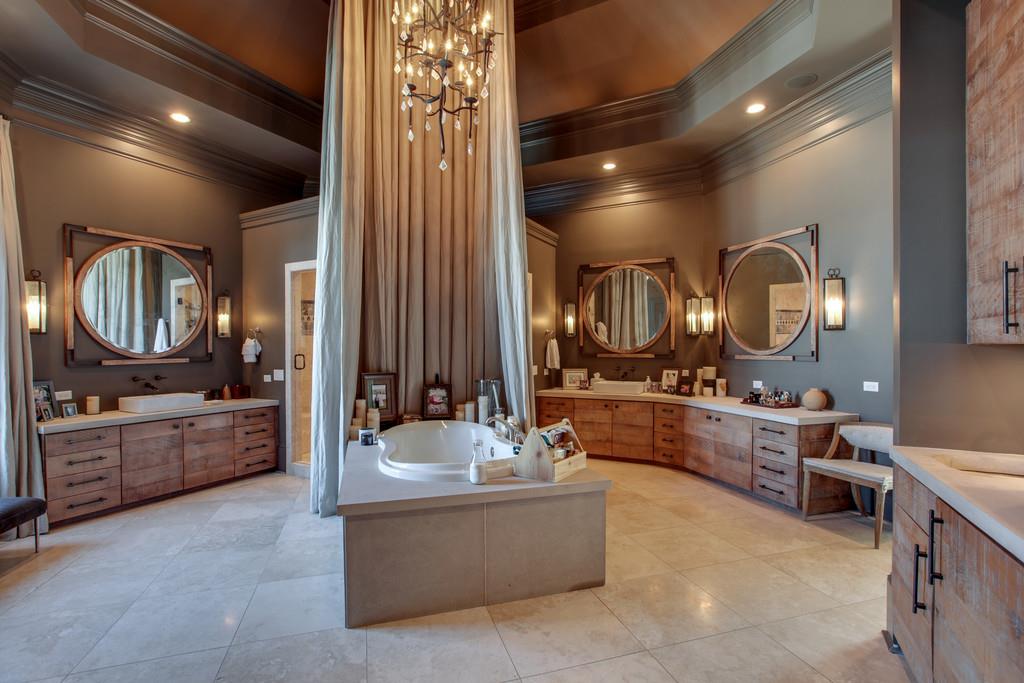 If the home’s soaring double staircases seem like too much work for you, don’t worry — there’s an elevator to make bopping from the cowboy bar with saddle bar stools to the movie theater (or anywhere else that strikes your fancy) a breeze. 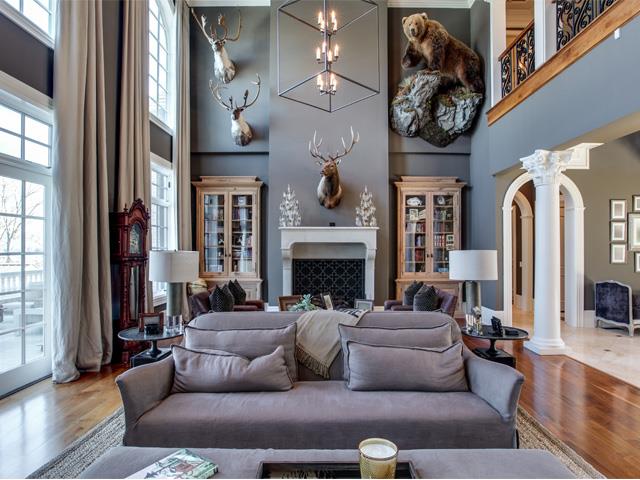 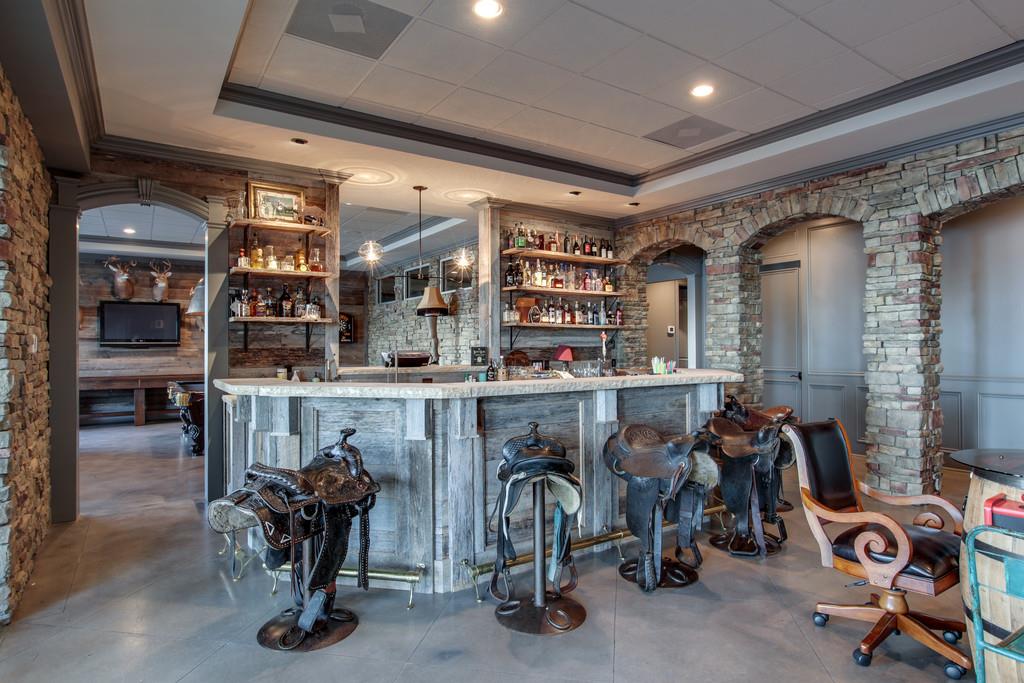 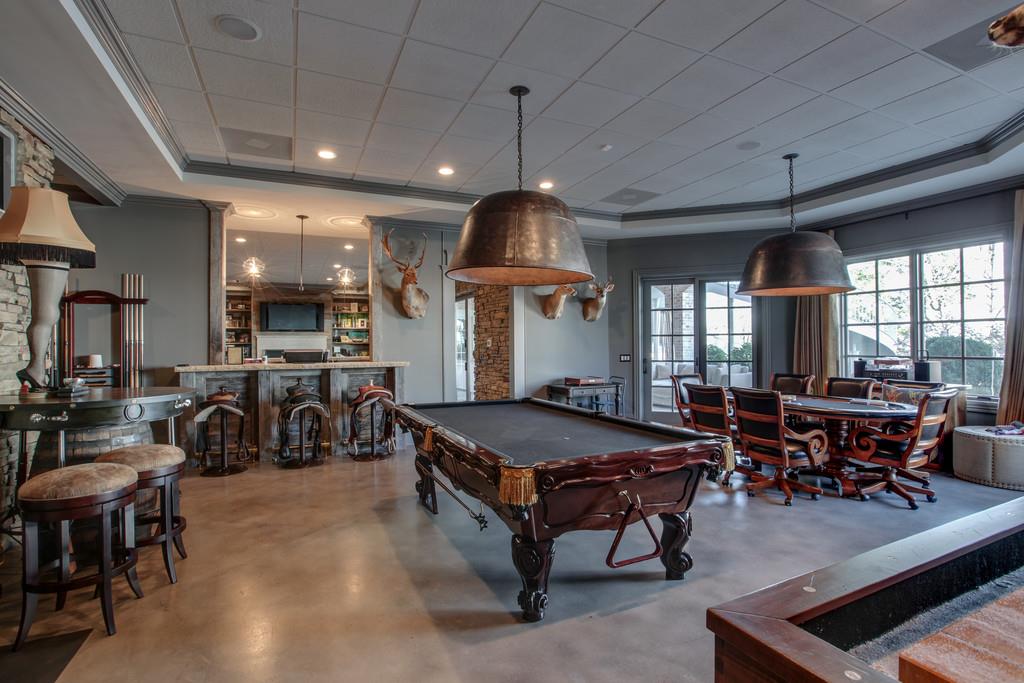 And if you’re a foodie, suffice it to say this home might actually be your heaven. 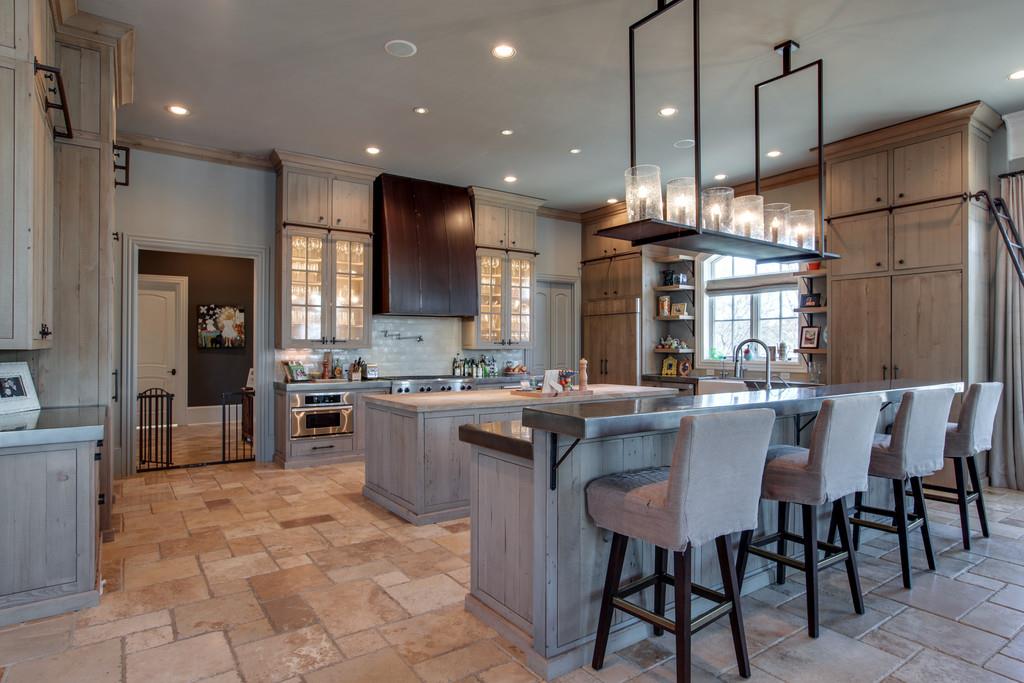 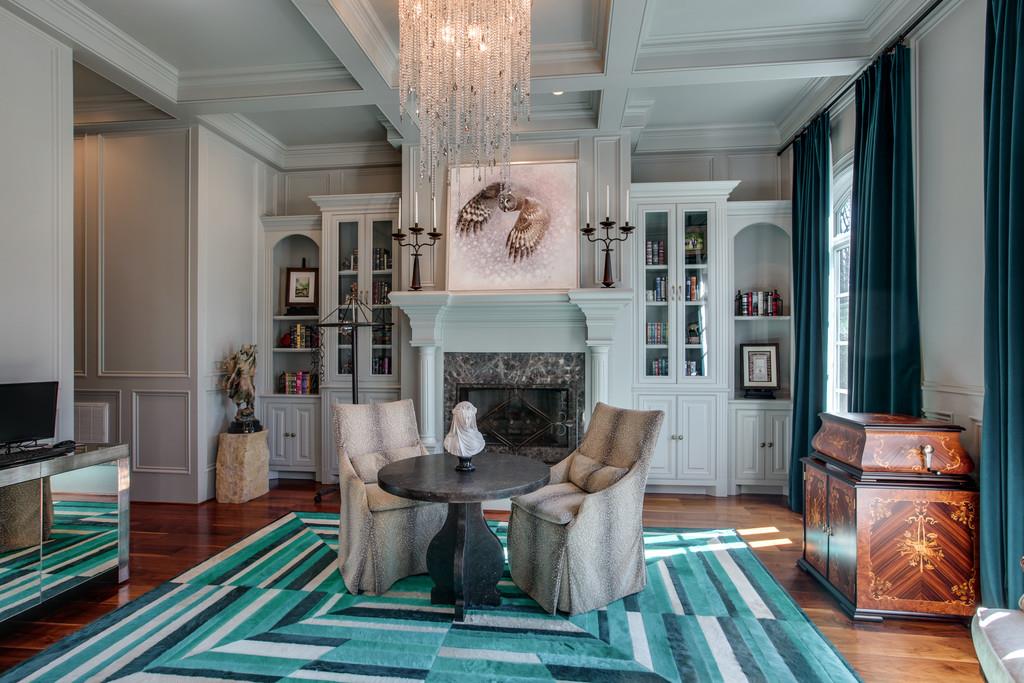 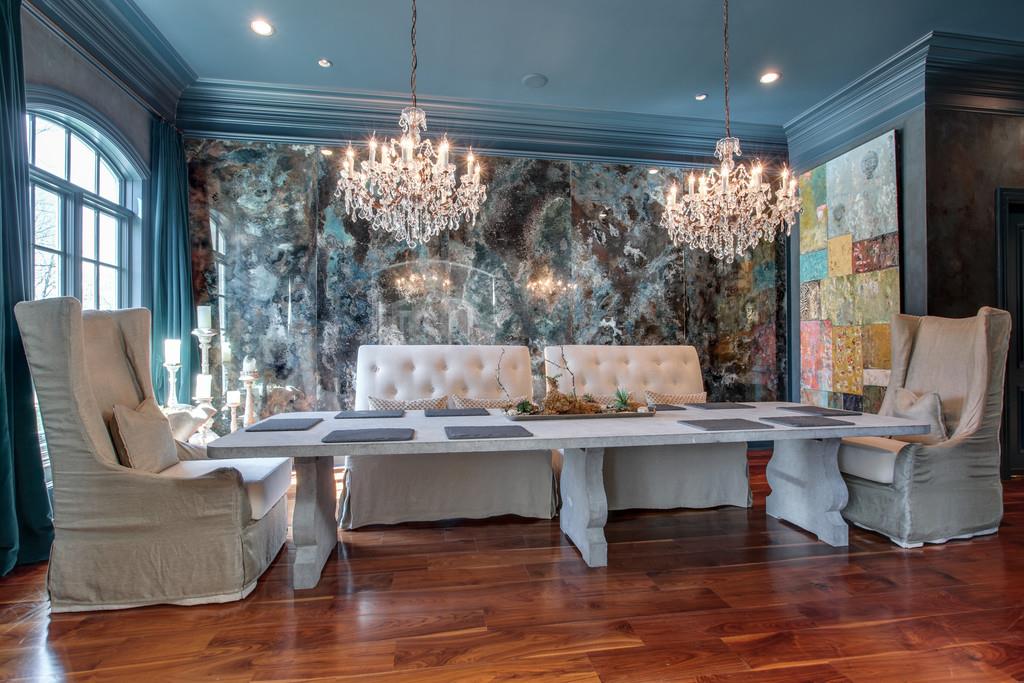 A well-appointed kitchen means you could whip up pretty much anything. Although, let’s be real: if you live here, you probably have someone doing the cooking for you. Regardless, you’ll have plenty of stunning spaces to dine in.

If you need a little quiet time for introspection and reflection, might we suggest the elegant conservatory on the grounds? 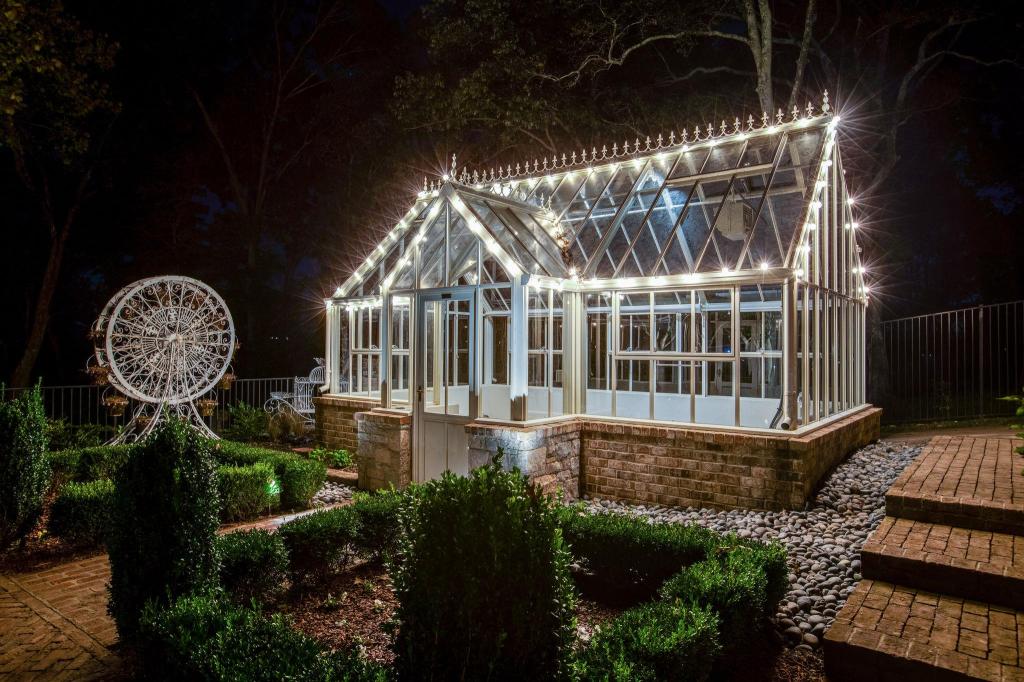 So, uh, anyone have a cool $8 million you could float us? ‘Cause that’d be super.