Suzzanne Douglas, who played the matriarch and law student Jerri Peterson on the sitcom “The Parent ’Hood” and appeared in several Broadway productions, died on Tuesday at her home on Martha’s Vineyard, in Massachusetts. She was 64.

Ms. Douglas’s death was confirmed by her husband, Jonathan Cobb, who said she died from complications of cancer. He declined to say what type of cancer Ms. Douglas had, but said she had been sick for over two years. 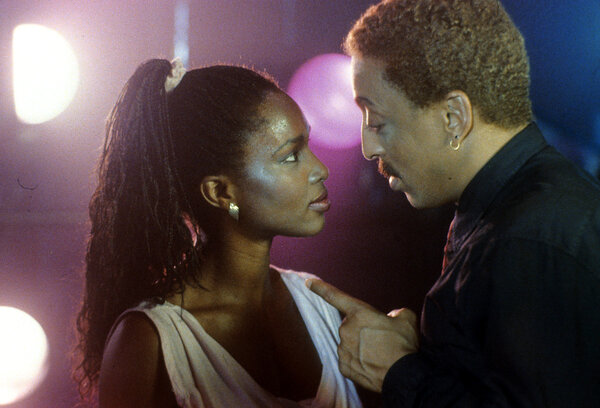 From the earliest days of her career, Ms. Douglas gravitated to an array of roles. Eight years after her first onscreen role, in the 1981 TV movie “Purlie,” she co-starred in “Tap” opposite Gregory Hines, Sammy Davis Jr. and Savion Glover, earning an N.A.A.C.P. Image Award. Her career continued to climb throughout the 1990s with roles in “The Inkwell” and “Jason’s Lyric.”

She became a household name in the mid-1990s after playing the character Jerri Peterson opposite Robert Townsend in the WB sitcom “The Parent ’Hood,” which explored the challenges of raising a family in New York City. The show ran for five seasons before ending in 1999.

Some of her other acting credits include “How Stella Got Her Groove Back,” “The Parkers,” “School of Rock,” Angela Bassett’s Whitney Houston biopic “Whitney” and “When They See Us,” the award-winning mini-series directed by Ava DuVernay about the teenage boys known as the Central Park Five. Ms. DuVernay remembered Ms. Douglas on Wednesday as “a confident, caring actor who breathed life into the words and made them shimmer.”

On Broadway, Ms. Douglas starred opposite Sting in “Threepenny Opera” and appeared in “The Tap Dance Kid.” In 2000, Ms. Douglas became the first Black woman to play Vivian Bearing in the Pulitzer Prize-winning play “Wit,” about a poetry professor battling ovarian cancer. A New York Times review of the production, at the George Street Playhouse in New Brunswick, N.J., called Ms. Douglas’s portrayal “vibrant” and “defiant.”

“I believe that artists are, and can be, the consciousness of the nation,” Ms. Douglas said in a 2015 interview. “We have a social obligation to tell a story that creates dialogue that allows us to grow and change.” Ms. Douglas said she was choosing roles with social consciousness, adding, “They have to really speak to my heart and bring awareness.”

Ms. Douglas was born April 12, 1957, in Chicago. She earned a bachelor’s degree from Illinois State University and a master’s degree from the Manhattan School of Music, according to her website.

Ms. Douglas was also a recognized composer and singer, having performed with musicians including the drummer and bandleader Thelonious Monk Jr., the trumpeter Jon Faddis and the saxophonist Stanley Turrentine, according to a talent agency representing Ms. Douglas.

At the time of her death, Ms. Douglas was working on a jazz album, Mr. Cobb said.

In addition to Mr. Cobb, Ms. Douglas’s husband of 32 years, she is survived by her daughter, Jordan Victoria Cobb.

Ms. Douglas said in a 2014 interview while pursuing her master’s degree that she was a “life learner.” Having done so much in her career, Ms. Douglas reflected that it was much more intimidating to perform as a singer than as an actress.

“You’re more vulnerable,” she said. “It’s just you. There’s no character to hide behind. There are no costumes, no lights. It’s just you sharing the songs and telling the stories within the songs so that they have a universal appeal and touch people where they need to be touched.”